Mariah Carey – American pop singer, noted for her remarkable vocal range. She was one of the most successful female performers of the 1990s and remained popular into the early 21st century. 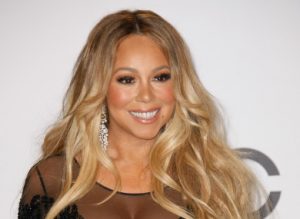 Her mother was a mezzo-soprano New York City opera singer and a freelance vocal coach, while her father was an aeronautical engineer. Carey, the third and youngest, has siblings Alison and Morgan, who were significantly older by ten years.

Predestined to be a multiracial family, the Carey menage were faced with racial insult, hostility and even violence, with crosses being burnt on their lawn, their dogs poisoned, their car blown up, and a shot fired through the kitchen window during mealtime.

In addition, her mother Patricia was disowned by her family when she married Alfred Roy Carey. 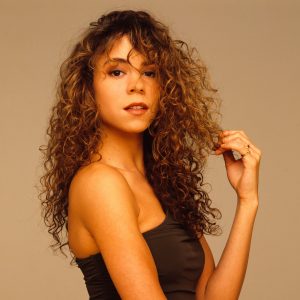 The super-fit singer, who had a tough pregnancy, has an encouraging weight loss journey. In an appearance on OWN’s The Rosie Show, she said, “The whole point of this is not just like: ‘Oh, hey, look at me and my weight loss, I’m fantastic.’ It’s really health.

When she was 18 years old, Carey and her friend, singer Brenda K. Starr, went to a party hosted by CBS Records. Starr convinced Carey to bring along one of her demo tapes.

She intended to give the tape to Columbia’s Jerry Greenberg, but Tommy Mottola, the president of Columbia Records (later Sony), intercepted it before she could hand it to Greenberg.

After listening to the tape on the way home from the party, Mottola signed Carey immediately and set her to work on her first album, Mariah Carey (1990), which included four No. 1 singles: “Vision of Love,” “Love Takes Time,” “Some Day,” and “I Don’t Wanna Cry.”

Throughout her career, like many strong and highly successful women in male-dominated industries, she was labelled a diva.

Countless outrageous requests credited to Carey include the star refusing her limo outside a hotel until they rolled out a red carpet lined with candles and employing someone to walk backwards in front of her so she didn’t fall over.

But she has always denied the rumours. ‘I am baffled, shocked and appalled when I’m called a diva. I’ve never done anything diva-ish in my life,’ she once said. 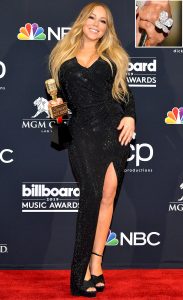 It was a long wait before Carey won again. She didn’t claim a single other prize until 2006 when she won Best Female R&B Performance and Best R&B Song for “We Belong Together,” and Best Contemporary R&B Album for “The Emancipation of Mimi.” But again she was shut out in the general field, losing Record and Song for “We Belong” and Album for “Mimi.”