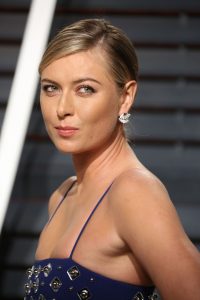 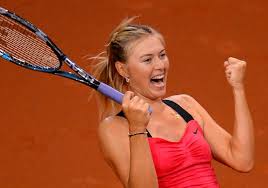 When Maria Sharapova was merely 13 years old, she won the Eddie Herr International Junior Tennis Championships in the girls’ 16 division and was then awarded the ‘Rising Star’ award.
She began her professional Tennis career in 2001 and made her first WTA debut at the Pacific Life Open in 2002.
Since she was young, there were restrictions on how many professional events she could play. Therefore, she decided to concentrate on junior tournaments. In 2002, she reached the finals of the girls’ singles events at the Australian Open and Wimbledon.
In 2003, Maria Sharapova made her debut at the Australian Open and French Open, but lost in the first round at both the tournaments. She won her maiden WTA title at the Japan Open Tennis Championship. She was awarded the WTA Newcomer of the Year in 2003.
In 2012, Sharapova won her first French Open title and became only the tenth woman to complete a Career Grand Slam. In the process, she also regained the world No. 1 ranking. She won a silver medal in the 2012 London Olympics.
In 2013, Sharapova was once again troubled by the shoulder injury, which affected her performance. She reached the semifinals of the Australian Open, reached the finals of the French Open, lost in the second round of the Wimbledon and withdrew from the U.S. Open due to a shoulder injury.
In 2014, Maria Sharapova won the second French Open title of her career by defeating Simona Halep. She also won the Stuttgart Open, Madrid Open, and China Open that year.
Her ranking rose from No. 4 to No. 2 at the end of the year. In 2015, she reached the finals of the Australian Open, won the Italian Open, and lost in the semifinals of the Wimbledon. She did not play in the U.S. Open due to injury.
Maria Sharapova has been the brand ambassador of many leading brands such as Motorola, Tiffany, Land Rover, Canon, Tropicana, Gatorade, Nike, Porsche, Tag Heuer etc. 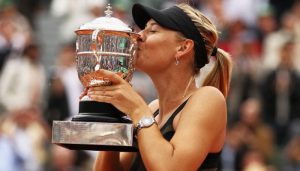 Maria Sharapova has to her credit 5 Grand Slam Titles – One at Wimbledon, US Open and Australian Open and two at French Open along with 35 singles titles.
Maria Sharapova was appointed the United Nations Goodwill Ambassador for the UNDP specifically for the Chernobyl recovery projects in 2007.
As on 2015, Maria Sharapova is ranked No.3 by the Women’s Tennis Association.
Maria Sharapova was the first torch bearer in the lighting ceremony of Winter Olympics in Russia in 2014.

Maria Sharapova has an estimated net worth of $150 million,