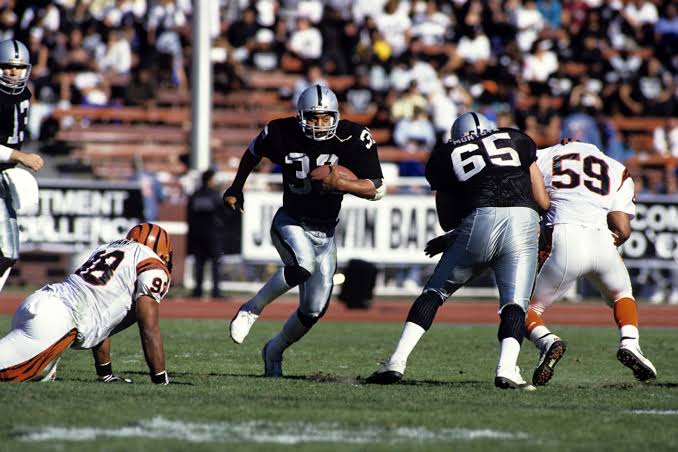 Marcus Allen Net Worth – Marcus Allen is a former American football running back and football analyst for CBS. He played professional football for the Los Angeles Raiders and Kansas City Chiefs.

He is considered one of the greatest goal line and short-yard runners in National Football League (NFL) history. 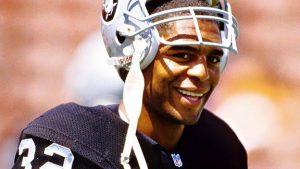 As per his nationality, he is American and belongs to the Afro-American ethnic group. Further, his star sign is Aries. He grew up along with his siblings, Damon Allen, and Michelle Allen.

After completing high school, Marcus LeMarr Allen enrolled at the University of Southern California and played for the USC football team.

Marcus Allen got drafted with the 10th overall selection of the 1982 NFL Draft by the Los Angeles Raiders.

Allen rushed 697 yards and led the Raiders to the best record in the AFC at 8-1. He got voted as the NFL Offensive Rookie of the Year.

In Super Bowl XVIII on January 22, 1984, Allen ran for 191 yards, caught two passes for 18 yards, and scored two touchdowns against the Washington Redskins.

Upon winning the game, Allen joined a small group of players to win both the Heisman Trophy and Super Bowl MVP.

Marcus Allen eventually left Los Angeles and joined the Kansas City Chiefs in 1993. Although he only rushed for 764 yards that year, he scored 12 touchdowns and was named the NFL Comeback Player of the Year by the Pro Football Writers Association.

Allen eventually retired after the 1997 season and was inducted into the Pro Football Hall of Fame in 2003.

In 2008, Allen joined as a spokesman for the sports website OPENSports.com and wrote a blog and occasionally answered member questions for the company during this time. 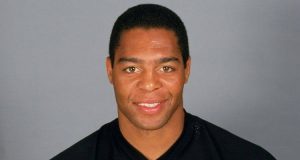 As of 2020, Marcus LeMarr Allen has an estimated net worth of over $4 million. Further, he has an average salary of $70,334 dollars annually from CBS Network.