Luis Fonsi Net Worth – Luis Fonsi was largely an unknown personality except in his homeland of Puerto Rico and the rest of the Spanish speaking world before 2017. The success of his ultra-successful 2017 single Despacito changed all that. The song did more than bring him international success. It also put Puerto Rico on the map musically. As at last count in July 2018, the song has collected a total of four Grammy Awards. 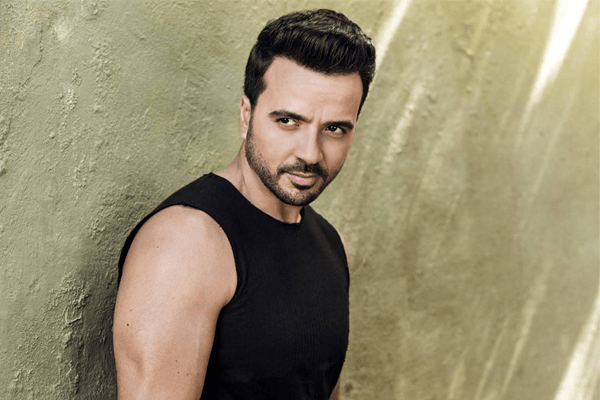 Fonsi has always had his mind set on music. In his childhood years, he tried to tailor his singing so he could sound like the popular Puerto Rican singing group Menudo. During this period of his life, he was also an active member of the San Juan Children’s Choir.

For his high school education, Luis moved to Florida where he enrolled at Dr. Phillips High School in Orlando. Here he met a few friends, including singer Joey Fatone, and together they formed a popular local singing group known as “Big Guys”.

Moving on from high school, he gained admission into Florida State University on a full scholarship to pursue a degree in vocal performance. Again, Luis was involved in singing groups. He performed with the University’s choir and also with the City of Birmingham Symphony Orchestra. Despite, the scholarship ride, he later dropped out of school to start his music career. Not long after his quitting school, Universal Music Latin offered him his first music contract.

Before his current wife, Luis was married to actress Adamari López. They started a relationship in 2003 and stuck together even while Adamari was battling cancer. The couple tied the knot in June 2006 and officially ended the union in November 2010.

He then met stunning beauty and Spanish model Agueda Lopez. Agueda is an in-demand model and event host. Lopez has done work for the likes of Univision and VME Network. She is not shy to reflect her roots in any thing she does, from the clothes she wears to the events she attends. Agueda is also a doting mother and doesn’t hesitate to share special mommy moments on Twitter.

Luis Fonsi married her on September 10, 2014. They had already been living together for three years and had a daughter Mikaela in December 2011. Their son Rocco arrived on December 20, 2016. 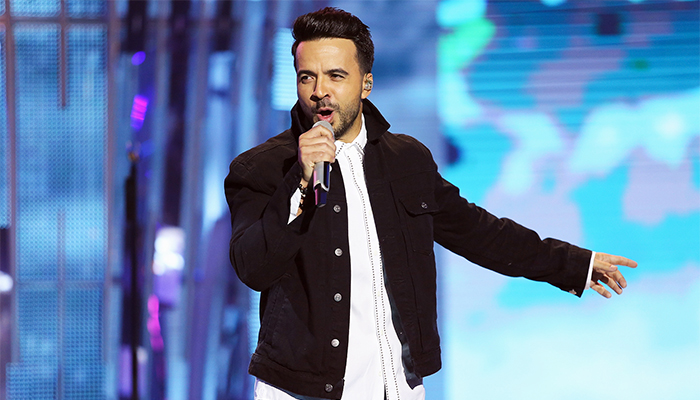 Luis Fonsi’s debut album was a hit. In 1998, he released his first project Comenzaré, which translates to “I Will Begin”. It was a massive success across Latin America, Colombia, El Salvador, Mexico, Puerto Rico and other Spanish speaking markets. It also charted on various Latin music charts including Billboard’s Top Latin Albums chart.

His follow-up album in 2000 was even more successful. By this time, he had attained celebrity status in the Spanish music market, even featuring on a song by Christina Aguilera.

In 2002, Luis Fonsi released his first English album Fight The Feeling. He featured his high school friend Joey Fatone in the music video for the track “Secrets”. His fifth album Abrazar la Vida peaked at the top spot on theBillboard Latin charts. During this period he worked with the former Spice Girl, Emma Bunton on her 2004 album.

Fonsi’s next two albums, Paso a Paso and Nada Es Para Siempre made it to the top of the charts, with the latter gaining a Latin Grammy nomination. Luis’s single “No Me Doy por Vencido” from his 2008 album Palabras del Silencio saw make his debut on the US Billboard Hot 100, peaking at No. 92. The single was eventually tagged Billboard’s Latin Pop Song of the Decade.

The following year, Fonsi won his first Latin Grammy Award for Song of the Year, thanks to his single “Aquí Estoy Yo”. In July 2011, he was named the leader of Latin Music’s New Generation by Billboard.

Three years after his 2014 album, the veteran Latin singer released what is his most successful music effort yet. The January 2017 release of Despacito along with Daddy Yankee broke the mold of Latin music and shot for the stars. By the first week of April 2018, the music video for the song had garnered 5 billion views on YouTube, becoming the most viewed video on the globe. It also made it to the top spot of virtually every Latin Billboard chart. Luis Fonsi then made an English remix of the single with Justin Bieber which peaked at No.1 on the Billboard Hot 100 and stayed there for 16 straight weeks.

In May 2018, Despactio TV released a response to the hit single titled Despacito II. The single featured Sans Undertale, Charlie Puth, and rapper Soulja Boy. Following the success of the single, the Puerto Rican singer has worked with other artists including Demi Lovato, Aitana, and Stefflon Don.

Luis Fonsi had been building his acting career side by side with his music since 1992. He made his acting debut in a brief appearance as a friend to the lead character in the romance movie Como Agua Para Chocolate. Twelve years later he was on Corazones al límite, playing the character Roy in the Mexican telenovela. He also appeared on the Nickelodeon series Taina in 2001 and was apart of a two-week tour with the cast of Broadway’s Forever Tango in August 2013.