Lil Yacthy Net Worth – Miles Park McCollum “Lil Yacthy” is an American rapper and singer from Mableton. Lil Yachty gained recognition in 2015 when he released his debut singles ‘Minnesota’ and ‘One Night’.

He released his first mixtape in 2016 which received a lot of attention from other rappers and producers. Lil Yachty’s net worth is approximately $8 million as of 2019, and he is currently signed to Quality Control Music. 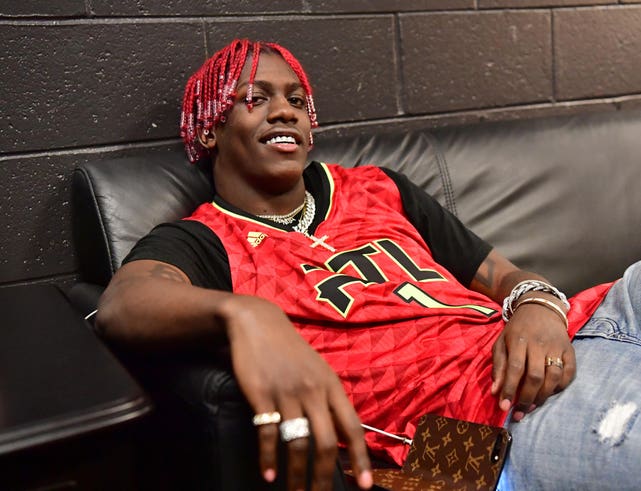 Miles Park McCollum “Lil Yachty” was born in Mableton, Georgia on the 23rd of August, 1997. He adopted his stage name “Lil Yachty” in 2015 and moved from his hometown to New York City to pursue his dream to become a successful rapper. Lil Yachty began his interest in writing songs as well as building his Instagram followers up. One of his first singles ‘One night’ was his big breakthrough and helped him gain recognition from a lot of rappers and producers.

Lil Yachty adopted the name “Yachty” in 2015 after he moved from Atlanta to New York. In order to make a big success of his musical career, he stayed with his friend, where he networked with online street fashion personalities and built a decent fan following on Instagram.

Yachty teamed up with Burberry Perry which is a beats maker and producer who later collaborated with Lil Yachty.

They started to work with his other main collaborator K$upreme, and the trio became known as ‘The Saling Team’. Lil Yachty’s success came when Drake’s OVO Sound Radio aired one of his first singles ‘Minnesota’.

His big breakthrough came when he released his track ‘1Night’, which he posted online and went viral. The media focused on him, and he already was a big name in the rapper industry.

His networking with online fashion personalities paid off when he modeled for Kanye West’s own Yeezy Season 3 fashion line at Madison Square Garden. Lil Yachty’s debut mixtape ‘Lil Boat’ was released in 2016.

The following year he collaborated with D.R.A.M on the hit song ‘Broccoli’. The song peaked at No.5 on the Billboard Hot 100.

Since then, Lil Yachty has become by far one of the youngest most successful rappers that has collaborated with some of the finest rappers including Kanye West.