Lil Wayne Brothers Net Worth – Lil Wayne fans know that the famous rapper was arrested several times and spent 8 months in prison. From there he wrote a touching letter, devoted to Mother’s Day, where he tells that family love is the most precious thing God could have ever created. “It’s more important than cars, fame and wealth”, Lil Wayne told. Let’s see, whom he loves most of all in the world. 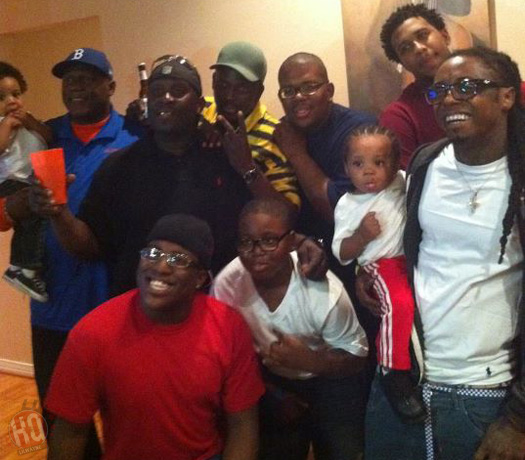 Who are Lil Wayne parents?

Lil Wayne, actually, doesn’t know his biological father and hates him, that’s why he doesn’t like to tell about him. It is known, that Dwayne Sr was his mother’s classmate. They started dating at a high school. When Lil Wayne was in a kindergarten age, he left the family.

The rapper considers his stepfather Reginald Carter, called in the family circle “Rabbit”, as his real parent. He adopted Wayne and gave him his surname.  Rabbit was murdered, when Lil Wayne was 13. The teenager made a tattoo with his stepfather’s name.

Lil Wayne’s mother Jacida, whom he calls “Cita”, spent her young years in the suburb of New Orleans – Hollygrove. She was a pupil of a local high school, when she fell in love with Dwayne Michael Turner and got pregnant from him. She gave a birth a celebrated Lil Wayne at the age of 19. Cita named her son “Dwayne” after his father. She cohabited with Turner during several years and when Dwayne Jr turned 2, she finally married his father officially. But soon the couple filed for divorce. From that moment Mr. Turner wasn’t interested in his son’s fate. For that many years later Lil Wayne named him “sh*t” in his interview.

Dwayne changed his surname for “Cater” and name for “Wayne” to have nothing in common with his biological parent.

Cita left her education and found a job of a cook to feed her son. Later she re-married several times, and finally tied a knot with Avery Goff. With him she welcomed her second son.

Lil Wayne loves his mother and respects her. He devoted her lines from his songs. Cita supported and developed Wayne’s interest to rap. But she forbade her son to cooperate with founders of Cash Money Records – Birdman and Slim – and told him to concentrate on his education after a shooting accident. Then Wayne occasionally shot into his chest from his stepfather’s gun.

But later she changed her mind, and Lil Wayne recorded his first album.

Lil Wayne has a little half-brother Semaj from his mother’s previous relationships. The boy is three years younger that Wayne’s eldest daughter Reginae.