Lil Kim Net Worth – Before the emergence of Nicki Minaj, a certain Lil Kim, who was often referred to as the Queen of Rap or Hip-Hop Goddess, was noted as the best female rapper of all time.

The Brooklyn New York native, who was discovered by fellow New York rapper, The Notorious B.I.G., is best known for songs like “No Time”, “Big Momma Thang”, and “Not Tonight (Ladies Night)”. 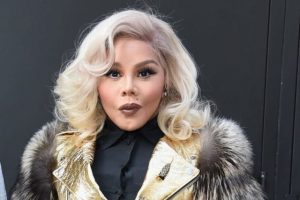 Lil Kim was born Kimberly Denise Jones on the 11th of July, 1974 in Bedford-Stuyvesant, Brooklyn, New York. She is the second of two children to her parents; Ruby and Linwood Jones, who raised her together until they separated when she was around the age of 9. Ms.

Jones was subsequently raised by her former U.S. Marine father until the two fell out and she was kicked out of their home.

At this time, Kim, who had attended the Queen of All Saints Elementary School in Brooklyn, dropped out of high school. She had first attended Sarah J. Hale Vocational High School before transferring to Brooklyn College Academy. 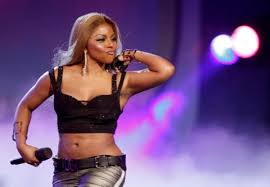 While living on the streets, Kim began to focus on building a rap music career. She was able to do so thanks to her relationship with rapper The Notorious B.I.G who was a rising sensation at the time.

At around the age of 19, she stopped going by her birth name and adopted the Lil Kim moniker as she joined forces with other upcoming artists to form the rap group, Junior MAFIA. The group, with the help of B.I.G who wrote most of their music, went on to release their first album in 1995, titled Conspiracy.

The RIAA certified gold Junior MAFIA album went on to propel Lil Kim to launch a solo rap career. In November 1996, after having created a buzz around herself by featuring on a number of top-charting R&B songs, she released her very first solo album called Hard Core.

The album’s commercial success propelled her to new heights as she went ahead to launch her own record label and began to work as a model.

In 2000, she released her second album titled The Notorious Kim, which debuted at number 4 on the Billboard 200 chart and sold 229,000 copies in its first week of release.

Her third album, La Bella Mafia, which was released in March 2003, also achieved considerable success as it debuted at number 5 on the Billboard 200 list and sold 166,000 copies in its first week.

By 2005, Lil Kim found herself on the receiving end of a one-year prison sentence after she was convicted of three counts of conspiracy and one count of perjury following a 2001 shooting incident.

While serving time at the Federal Detention Center Philadelphia, Lil Kim ensured she would still be relevant in the rap music scene by scheduling her fourth album’s release during her time behind bars.

The album, which was titled The Naked Truth, debuted at number 6 and sold 109,000 copies in its first week. Since that time, due to contractual obligations and court orders, Kim has been unable to release any more albums, although she has put out a number of mixtapes.