Kylie Jenner Pets and Net Worth 2019, Education and Career

Kylie Jenner Net Worth – The famous American reality Television star is a socialite, model, and fashion designer. Kylie Jenner gained the stardom through her Kardashian family and appearing on the immensely popular show “Keeping up with the Kardashians”. 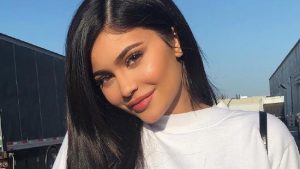 This young girl can be definitely called a real pet lover. It’s actually hard to say how many animals did she have, but still, we’ll try to supply with the full story of her pet “collection”. A Chihuahua Dolce was an essential part of not only Kylie’s childhood, but also of the “Keeping up with the Kardashians”. This dog has an important place in Kylie’s heart. Even after the death of the favourite dog, he is still present in her life. When Dolce left this world, Kylie named a shade of a Lip Kit after him. The girl said that she was really obsessed with this little dog.

The destiny of a dog Jackson is unknown. The last time the dog appeared on Instagram in 2012. By the way, he was adopted on the set of the reality show. A pair of cute lab dogs – Louis and Vuitton – was a Christmas present for Kylie and her sister Kendall. There was no data about these puppies, but we know that they were very fast. Do you follow Norman on Instagram? Yes, this dog has his own account as well as his sister Bambi. Frankly speaking, it’s the favourite Kylie’s dog. She adores this breed. Though, its account wasn’t updated for long time, the dog still appears on the screen. It seems that Norman plays the major role in this dogs’ family.

Looking at the list of the girl’s dogs, it’s quite obvious that greyhound is her favourite breed. Actually, we won’t be surprised if she adopts one more such dog. A little bunny Bruce hasn’t appears on the Internet for some time, so it looks like he lives elsewhere now. Can you imagine, Rolly costs $40000?! This cute Bulldog was a gift, but it seems that he belongs to Tyga, Kylie’s boyfriend.

The member of this big family is also Ernie. It seems that the whole family is totally in love with this longhaired cutie. The puppy is small yet, so it’s a bit naughty. The newest puppy is Penny. 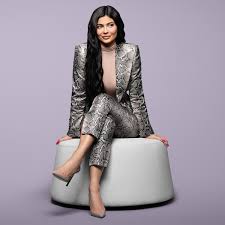 Kylie attended Sierra Canyon School in California. In that school, she was a member of a cheer leading team. Since 2012, Jenner preferred homeschooling. She enrolled in an at-home education program, from which she graduated with a high school diploma in July 2015 from Laurel Springs School in Ojai, California. 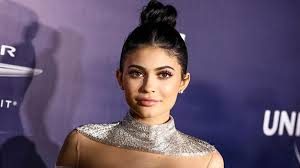 Kylie Jenner started her on-screen career in 2007, appearing as a main cast in the family’s popular reality television series ‘Keeping Up with the Kardashians’. She has also appeared in many of the spin-off shows focused on her sisters, Kourtney and Khloé. She started her modeling career featuring on Sears “Crush Dream” Commercial in August 2010. She also showed interest in pursuing a career in acting after completing her education.
Kylie, and her elder sister, Kendall, together hosted ‘Glee: The 3D Concert Movie’ at the Regency Village Theater in Westwood, California on August 6, 2011. On March 12, 2012, they interviewed the cast of ‘The Hunger Games’ at the Los Angeles, California premiere.
In 2011, she, following Kendall, earned a huge sum of money endorsing two nail lacquers from the Nicole by OPI brand, named “Rainbow in the S-kylie” and “Wear Something Spar-kylie”. Kylie Jenner and Kendall launched ‘The Kendall & Kylie Collection’ with PacSun on February 2013. The sisters followed their fashion line with ‘Metal Haven by Kendall & Kylie’ jewelry collection in June 2013, in association with Pascal Mouawad’s Glamhouse. In February 2014, they launched a shoe and handbag line for Steve Madden’s Madden Girl line.

In 2013, Kylie Jenner appeared in the music video ‘Find That Girl’ by The Boy Band Project. In the following years, she has been featured in a number of music videos, such as ‘Recognize’ and ‘Come and See Me’ by PartyNextDoor, ‘Blue Ocean’ by Jaden Smith, ‘Stimulated’ and ‘Dope’d Up’ by Tyga.

In 2014, Kylie, along with her sister Kendall, released the science fiction novel ‘Rebels: City of Indra’. The novel was criticized by reviewers for being ghostwritten by Maya Sloan.
On June 15, 2014, she made her acting debut in a promo for the 2014 ‘Much Music Video Awards’ show, which she also hosted along with her sister Kendall. They also introduced brother-in-law, Kanye West’s closing performance at the Billboard Music Awards on May 17, 2015.
Kylie Jenner individually launched her hair extension line, ‘Kylie Hair Kouture’, with Bellami Hair, in 2015. She became the second ambassador ever for skin care line ‘Nip + Fab’ in March 2015. She became the face of PUMA in the fall of 2016.
She again teamed up with her sister Kendall to launch their clothing line ‘Kendall + Kylie’ with British fashion retailer, Topshop, in June 2015. She launched her own website and a paid lifestyle app in September 2015, along with her lipstick line ‘Kylie Lip Kit’.

Kylie Jenner was in the news recently for building a “$900 million dollar empire” through her Kylie Cosmetics brand. This led to people believing her net worth was $900 million.