Kristen Stewart brothers – Kristen Stewart stole our hearts following her captivating and mesmerizing performance in The Twilight Saga. Acting has always been the life of the talented actress and over the years, she has proven herself in the movie industry. Stewart who started acting at the age of eight gained prominence after the Twilight Saga and was raised to a high pedestal in the industry.

And as we know, fame indeed comes with a price. Kristen has been rid of privacy since then, as fans, loyalists and the media alike, are always in her business. Lots of questions ranging from her family to her sexuality have been raised on various platforms. To dwell on these questions would mean to know more about the actress. Let’s see what we can find. 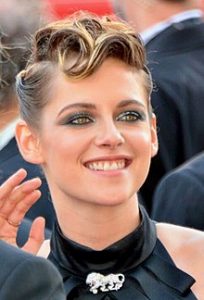 She was born Kristen Jaymes Stewart on April  9, 1990, to her parents, John Stewart and Jules Stewart in Los Angeles. Having a stage manager for a father and a script director for a mother, Kristen developed an interest in entertainment at a young age. While in school, she did a lot of drama and was soon spotted by an agent who watched her perform in her school’s Christmas play. Young Stewart was given a small role in the Disney movie The Thirteenth Year, after which she appeared in The Flinstones in Viva Rock Vegas as ‘ring toss girl’.

She then landed two roles as a tomboy in movies’; The Safety of Objects in 2001 and Panic Room in 2002. Kristen got her first starring role opposite Corbin Bleu and Max Thieriot in the movie Catch That Kid (2004). Also in 2004, she starred in the film Speak on Lifetime/Showtime television. The talented actress who was quite young at the time continued to bag more starring roles and was gradually rising to prominence.

She shot to international fame with the movie Twilight, an adaptation of Stephenie Meyer’s novel of the same name. Stewart played the character of Isabella ‘Bella’ Swan, the girl who fell in love with a vampire (portrayed by Robert Pattinson). 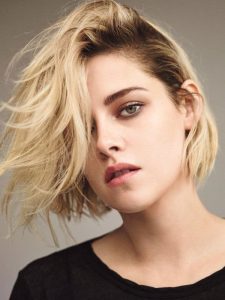 The last sequel of the movie was a huge success which although received mixed reviews, grossed over $800 million and became one of the highest grossing films that year. Kristen has since received many mentions on various Hollywood rating platforms including Rotten Tomatoes. Following her Twilight popularity, she landed another role as ‘Snowhite’ in the movie Snow White and the Huntsman also in 2012.

In 2014, she played the role of a Guantanamo Bay soldier in Camp X-Ray. Stewart left critics no choice than to praise her remarkable performance in Olivier Assayas’ Clouds of Sils Maria released in 2014. She also got a call back in Olivier’s next movie Personal Shopper released in 2018.

Her father, John Stewart, has worked as a producer and stage manager for several shows and her mother, Jules Mann-Stewart, is a script supervisor-turned-director. Together, the couple has two biological children, Kristen and Cameron Stewart.

They also have two adopted children, Taylor, who is the same age as Kristen and the youngest, Dana. There is not much known about Dana, but Taylor accompanied Kristen to a few events during the Twilight era.

I found out that Kristen Stewart grew up with three brothers, who helped shape her into the strong woman she is today. 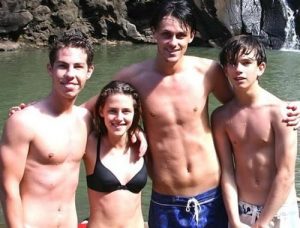 Kristen’s only biological brother, Cameron, is four years older than she is and has worked as a lighting and rigging technician in film, as well. When their mother was filming her directorial debut, K-11, Kristen had to drop out and Cameron was given a small role.

Cameron shared that the filming was a bonding experience for the family saying, “This put us out of our element together… I feel closer to my mom, a camaraderie. I had a lot of fun doing it. And if my sister can do it, then I thought I could do it.” Striking looks also run in the family, and Cameron joined Kristen for an angsty photoshoot in Vogue Italia in 2007, but there’s no sign of modeling since for him.

Kristen has shared that growing up with loads of brothers has definitely influenced her signature “tomboy” style, telling Vanity Fair, “Look at a picture of me before I was 15. I am a boy. I wore my brother’s clothes, dude!” 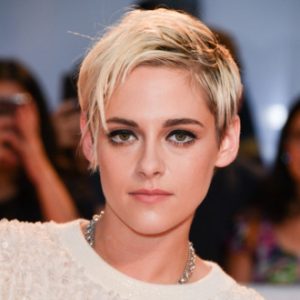 Along with the her biological and adopted brothers, Kristen shared with Elle that she had a unique upbringing with many boys, saying, “I’ve always said I’ve had a bunch of brothers because we have a bunch of boys who are like family,” explaining that her family has helped friends of her older brother Cameron “along the way.” Well, it seems like there’s always been a whole lotta love in the Stewart family, and that’s what matters the most.

Kristen Stewart’s career has been quite an interesting ride and the actress has got a lot to show for her uniqueness. Stewart sits on a net worth estimated at a whopping $70 million which she has her various endeavors to thank for. Her Twilight stint made her the highest paid actress in the year 2012, with earnings as high as $34 million.

She does not only act in movies, but Kristen Stewart has also got some mouthwatering endorsement deals which greatly add to her net worth. Having already gained much popularity, she was made the face of Chanel in December 2013 with an enviable endorsement package.

As a matter of fact, her current net worth could become a trifling figure in the coming years as the actress is just taking a step into the climax of her career.