Justin Timberlake was born on the 31st January 1981, in Memphis, Tennessee. He grew up in Shelby Forest and had three half-siblings, Jonathan, Stephen and Laura Katherine (now deceased).

Timberlake was brought up in a very music orientated family, and his grandfather introduced him to music from many stars growing up; including the likes of Johnny Cash and Willie Nelson.

When he was just 11 years old, Justin appeared on the TV show Star Search; and in 1993, he starred in The Mickey Mouse Club, alongside the likes of Britney Spears, Ryan Gosling, and Christina Aguilera. 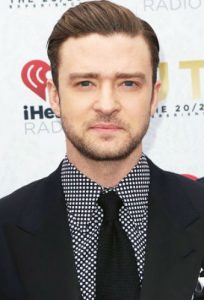 In 1995, the world was introduced to the boy band NSYNC. Justin Timberlake and JC Chasez were the lead vocalists. Selling over 11 million copies of their self-titled debut album, the group quickly rose to prominence throughout the United States.

Hit Single “Tearin’ Up My Heart” made headlines. The second album “No Strings Attached” (2000) and third “Celebrity” (2001) proved financially successful. Featuring No. 1 single “It’s Gonna Be Me,” both albums collectively sold millions of copies. Other noteworthy singles included “Bye Bye Bye,” “Pop,” and “Girlfriend.” The group began touring worldwide, performing at major venues and became the third-best-selling youth band in history.In 2002, NSYNC dispersed and Justin Timberlake started his career as a solo artist. That year, his debut solo single “Like I Love You” peaked at #11 on the Billboard Hot 100 and ranked #2 on the UK Singles Chart. His debut album “Justified,” released the November, debuted at #2 on the Billboard 200 and performed fairly well.

Notable singles included “Cry Me a River” and Rock Your Body. Timberlake worked with The Neptunes and Timbaland incorporating an RnB style into his music. He soon began touring with Christina Aguilera on the Justified/Stripped Tour and sponsoring McDonald’s on the Justified and Lovin’ It Tour.

In 2004, Justin Timberlake’s Super Bowl halftime performance with Janet Jackson made headlines. What started out as a magnificent performance, ended with Timberlake accidentally ripping apart Jackson’s leather costume, explicitly exposing her to over 140 million viewers. 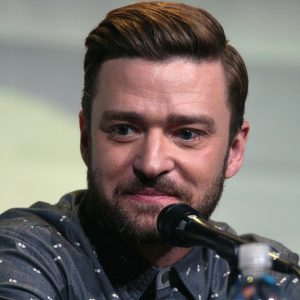 In 2005, Timberlake started his own record label; JayTee Records. His second solo album “FutureSex/LoveSounds” was released in 2006. The album debuted at #1 on the Billboard charts. Featured hit single “SexyBack” proved to be a chart topper. The single occupied the #1 spot for several weeks.

The following year, two other songs, “My Love” and “What Goes Around…/…Comes Around Interlude, would grace the #1 spot. After 2007, Timberlake stepped away from music temporarily and focus on his acting career.

In 2013, he returned to the scene with hit single “Suit & Tie.” He then released another album “The 20/20 Experience” that March. It debuted at #1 on the Billboard 200 and eventually went double platinum. Part two of the album was released shortly after and it too topped the charts. In 2016, Timberlake released the single “Can’t Stop the Feeling” which went straight to #1 on the Billboard Hot 100. The song charted in over 16 countries. In recent work, Timberlake released the song “Filthy.” The single will be featured on his upcoming album “Man of the Woods” set to launch in February 2018.

As mentioned earlier, Timberlake is also a prominent actor. His acting career started back in 1993 when he was cast as a member in The Mickey Mouse Club. Since then, he had blossomed into a talented actor. His credit includes the role in Alpha Dog (2006), Black Snake Moan (2006), Shrek the Third, and The Love Guru (2008). One of his most noteworthy roles came in “The Social Network” (2010). Timberlake starred alongside Cameron Diaz in “Bad Teacher” and alongside Mila Kunis in “Friends with Benefits” (2011). His credentials don’t stop there as his acting career lives on.

Justin was born in Memphis, Tennessee to Lynn Bomar Harless(Mother)- a bank worker & Charles Randall Timberlake(Father)- a Baptist church choir director. He was brought up in Shelby Forest, he grew up with half-siblings. 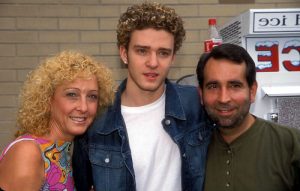 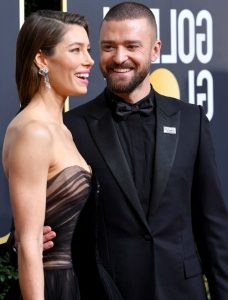 Justin Timberlake met actress Jessica Biel in January 2007, They got engaged in December 2011 after close to 5 years of dating, the couple tied the knot on October 19th, 2012 at the Borgo Egnazia resort in Fasano, Italy.

As of 2019, Justin Timberlake’s net worth is estimated to be $230 million, making him one of the richest singers in the world.