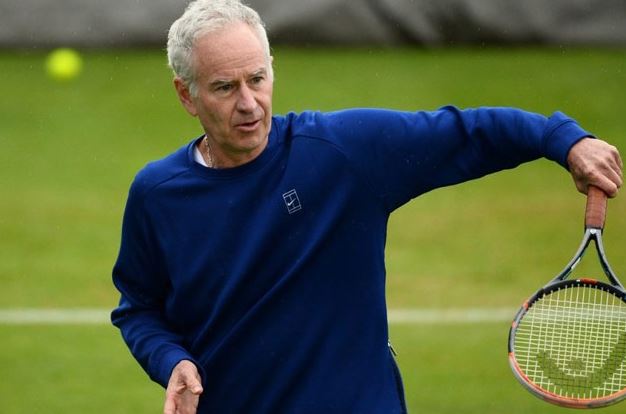 John McEnroe is a former world number one American professional tennis player. Distinguished for his dominant personality as well as his fantastic performance in the tennis court, he is considered by many as one of the greatest players in the game’s history. 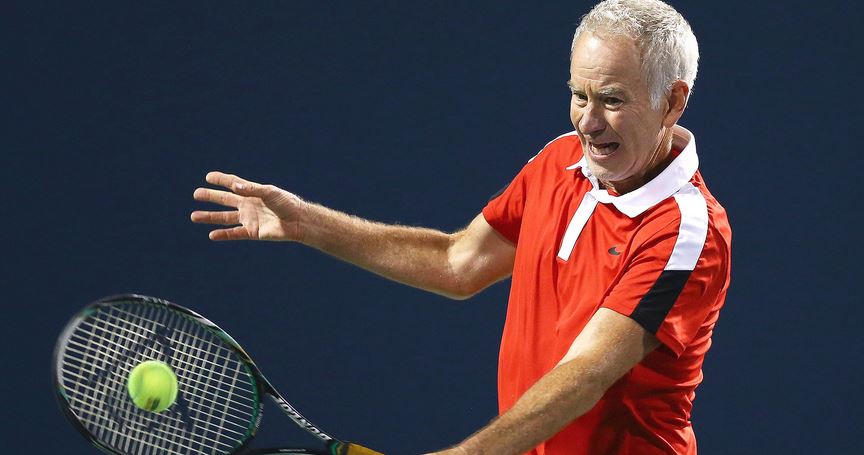 He was born on February 16, 1959, in Wiesbaden, West Germany, in the family of John Patrick McEnroe, Sr. and Kay, née Tresham as eldest of their three sons.

During that time his father was serving the United States Air Force and was stationed in Wiesbaden. His mother worked as a surgical nurse there.

The family returned to the US and settled in Douglaston, Queens, New York in 1960. His father began to work as advertising agent during daytime and attended ‘Fordham Law School’ by night.

McEnroe was enrolled at famous ‘Trinity School’ of New York where he fitted well with other students and would often display his sharp wit.

He showed up his dexterity in sports whether basketball, soccer or tennis from an early age. At eight years of age he began to play tennis along with his brothers Mark and Patrick at ‘Douglaston Club’. Patrick also went on to become a renowned professional tennis player.

McEnroe was enrolled at ‘Eastern Lawn Tennis Association’ at nine by his parents and soon began to participate in regional tournaments. Gradually he became more focused on tennis and seemed to display a natural flair on the court.

He came in contact with Harry Hopman, a one-time coach of Australian ‘Davis Cup’ team and Tony Palafox, a Mexican player who played in ‘Davis Cup’. The duo took him as a student of ‘Port Washington Tennis Academy’ in Long Island, New York when he was twelve.

However at sixteen he was suspended from the academy due to his pranks.

Thereafter his parents enrolled him at ‘Cove Racquet Club’ where his coach Tony Palafox went along to work on the promising star.

He married Oscar-winning actress Tatum O’Neal on August 1, 1986 and had three children with her. They divorced in 1994. In April 1997 he married American singer and songwriter Patty Smyth. He has two daughters with her and a stepdaughter from Smyth’s first marriage.

John McEnroe was known for his superb technique, unprecedented number of wins, and his on-court temper, which often got him into trouble with tennis authorities. He won seven Grand Slam Singles titles, among numerous other titles, and was inducted into the International Tennis Hall of Fame in 1999.

He was born John Patrick McEnroe, Jr. on February 16, 1959, in New York City. He managed to build up a triumphant tennis record of 17 major titles.

Known for his shot-making artistry and volleying skills, it was his fiery temper in rivalries with Björn Borg, Jimmy Connors and Ivan Lendl that won audiences and angered umpires.

Often rated among the greatest tennis players of all time, McEnroe is also a former Captain of the United States Davis Cup team, which was winning on four occasions.

McEnroe has continued to play tennis and even competes in senior events on the ATP Champions Tour until 2006, when he retired from the sport for good.

Post retirement, McEnroe went on to serve as a television commentator, game show host and a chat show host. He has also appeared in several films and television shows. John McEnroe was inducted into the International Tennis Hall of Fame in 1999 and received the Philippe Chatrier Award in 2007.

As of 2020, This powerful tennis player has a net worth of about $110 million. He has achieved this all from his performance in the game. His main source of earning is his participation in various tournaments and contracts signed by him.

He earned well through it. Apart from this, he has remained captain of the team named ‘Davis cup,’ and it contributes well in his net worth. After retirement, his participation in various movies and TV serial also helps to improve his net worth.

John McEnroe is a well-known player popular for his award-winning performance in the game of Tennis. He has achieved exceptional success throughout his career period and also becomes the number one player in the world. The promising achievements he won during the career are enough to say everything about him.