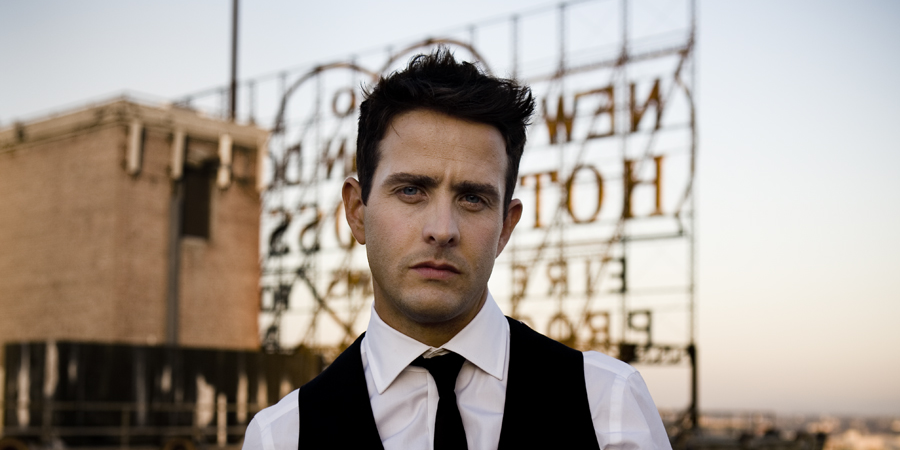 Joey McIntyre Net Worth – Joey McIntyre is one of the popular American singer-songwriter and actor. He is famous for being the member of New Kids On The Block.

It is one of the huge pop boy band in the early 90s.  He also produces different singles and has sold over 1 million records worldwide. 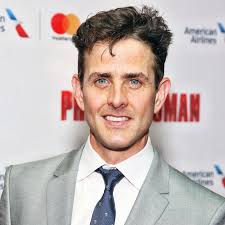 Joey was born on December 31, 1972, in Needham, Massachusetts, the U.S. His father’s name is Thomas McIntyre who is one of the union officials. His mother’s name was Katherine McIntyre who was a community theater actress.

Joey’s mother dies on November 30, 2014, after a long battle with Alzheimer’s. He is the youngest one in his family. Joey McIntyre has older siblings Judy, Alice, Susan, Tricia, Carol, Jean, Kate, and Tommy.

Joey starts his career from his young age in 1985. He performed in community theater as a child. McIntyre was just 13 yrs old when he joined New Kids on the Block. Forbes listed out the name of the highest-earning entertainers where their band becomes the highest.

It also beats Madonna and Michael Jackson. The band was going well but split up in 1994. They reunite in 2008 and have remained active since.

McIntyre is married to Barrett Williams. They were dating since 2002 and got married on August 9, 2003. They have their first child, Griffin Thomas, on November 20, 2007, in Los Angeles.

On December 13, 2009, their second child, Rhys Edward, was born. Rhys was identified as having the hearing loss while still an infant. They also have their third child, Kira Katherine on May 31, 2011. 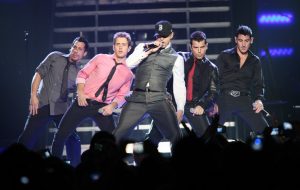 He has done acting debut in the film The Fantasticks. The film was based on the long-running off-Broadway musical. The film completes in 1995 but releases in theatres five years later. It also starred Joel Grey and Jean Louisa Kelly.

Joey was part of their band but think of bringing out is singles after their split. He records his debut solo album, Stays the Same, in 1998. The album was re-released on Sony’s Work Records. It is one of the main reason to uplift Jory’s career.

The album was so hit in the market as more than a million copies were sold. His another single “Stay The Same” stands at #10 in the Billboard Hot 100. The second single from the album was “I Love You Came Too Late”.

McIntyre also host at MTV’s Say What? Karaoke from Las Vegas, Nevada in the year 2001.

In 2001, McIntyre released his second solo album, Meet Joe Mac but it doesn’t gain as the success of the first album. His fourth solo album, 8:09 releases on 2001.

Another album Talk To Me, was on the line to release soon. It was album of cover versions and releases on December 2006. He completes the first season of Dancing With the Stars in 2005.

The New Kids on the Block reunite and start to work together in April 2008. They have different music tour together. On 2002,  he released the live acoustic album One Too Many with Emanuel Kiriakou.

Joey also runs in the Boston Marathon in 2013, the year a bomb exploded at the event and returned the following year to run it again. 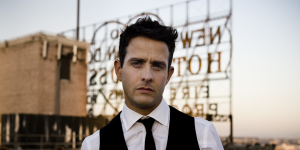 Not only Joey has shown his talent in singing. He also acting debut on various movies and TV programmes. McIntyre plays the role of Jon in Jonathan Larson’s Tick, Tick BOOM. He plays for both the off-Broadway (Fall 2001) and national tour (2003) versions of the play.

McIntyre appears on the television program Boston Public. Alongside with Mila Kunis in 2004, he starred in the film Tony n’ Tina’s Wedding.

He gets the chance to replace Norbert Leo Butz in the show Broadway. He remains on the show until January 9, 2005.   McIntyre also has his performance in a musical based hit TV shows Fonzie in Happy Days.

The show was at the Falcon Theater in Los Angeles from February 15 to March 12, 2006. He also appears in its second run. McIntyre has then performed in the various show including Christmas At Cadillac Jacks(2007), in the American buddy cop comedy The Heat(2013), in the CBS TV sitcom The McCarthys (2014).

In 2016, he appeared on the Netflix comedy, Fuller House with all of the members of New Kids on the Block.

Talking about the singers’ achievements, his songs were so hit and earns well. He also is nominated for various of the awards but hasn’t won any of it.

Joey is a renowned personality and has a good career in singing and acting field. He must have good earning. His net worth is $19 million.