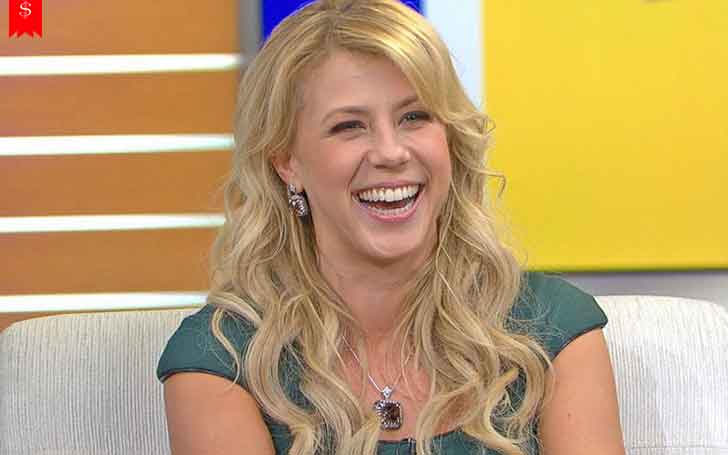 Jodie Sweetin Net Worth – Jodie Sweetin is an American actress, television personality, singer and dancer who forayed into the world of entertainment as a child artist.

Starting her career with commercials, she landed up with her debut TV role in the famous sitcom ‘Valerie’ at just five years of age. 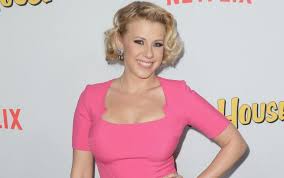 Born as Jodie Lee-Ann Sweetin in Los Angeles, California on the 19th of January and in the year 1982, Jodie is the only child of her parents. She was adopted by her Uncle and his wife when she was 9 months old as her biological parents had issues with the law.

Jodie was a brilliant child attracted to acting. Her talent was very obvious at the age of 4 and this saw her land a hot dog commercial which marked the beginning of her career.

She married Shaun Holguin, a Los Angeles Police officer in July 2002. Her drug addiction, which led her to undergo treatment by hospitalisation and later going through a rehab program, started affecting her marriage which resulted in divorce in 2006.

She equally excelled academically and even skipped a grade in elementary school. In 1999, she graduated from Los Alamitos High School, bagging a college scholarship to further her education. The actress would later earn a degree in Liberal Arts from California’s Chapman University.

In 1987, at age five she made her television debut with the American sitcom ‘Valerie’. She featured as Pamela in the 11th episode of its Season 2 titled ‘Boston Tea Party’ that was aired on January 4 that year.

She drew attention of producers, Thomas Miller, and Robert Boyett, who at that time were on the verge of creating the sitcom ‘Full House’. Thereafter, the creator of the series ‘Jeff Franklin’ cast her in one of the main roles in the series as Stephanie Tanner that turned out to be the most remarkable role played by Jodie so far.

Her role as Stephanie was that of the intelligent, inquisitive and sarcastic middle child of news anchorman Danny Tanner. She essayed the role from the very outset of the series on September 22, 1987 till its end on May 23, 1995 and was the only performer to feature on each of its episodes.

She reprised the role of Stephanie in 1989 in Walt Disney Productions variety TV show ‘The All-New Mickey Mouse Club’, in its ‘Guest Day’ episode. The 36th prime-time animated TV special ‘It’s Christmastime Again, Charlie Brown’, based on Charles Schulz’s comic strip ‘Peanuts’, saw her giving voice-over as Sally Brown, the younger sister of the character of Charlie Brown. The TV short was aired on November 27, 1992, on the CBS network.

In 1996, she featured in one of the episodes of the American sitcom ‘Brotherly Love’ titled ‘Downtown Girl’ playing Lydia Lump. She performed with actor Matthew Morrison in musical theatre during her high school days. In 1999, she graduated from ‘Los Alamitos High School’ located in Los Alamitos, California.

In 1999, she appeared in the American television teen drama series ‘Party of Five’ as Rhiannon Marcus in two of its episodes titled ‘Bye, Bye, Love’ and ‘Fate, Hope and Charity’.

Following high school studies, she enrolled at the ‘Chapman University’ in Orange, California and despite holding an academic scholarship, Jodie hardly showed up during classes. During those times, she partied hard that eventually affected her studies earning her a .9 GPA, as a result of which her scholarship was stanched. She finally earned a Liberal Arts degree from the university. 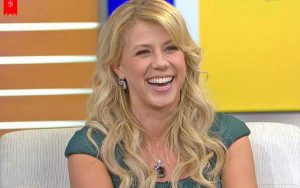 She appeared in the episode ‘Sorority Girl’ of the American sitcom ‘Yes, Dear’ in 2003 where she portrayed the role of Maryanne.

In 2006, she gave voice-over in Bob Saget directed American direct-to-video parody, ‘Farce of the Penguins’ that released on January 30, 2007. She remained host of the Fuse TV dance contest show ‘Pants-Off Dance-Off’ in its second season in 2007.

In 2009, she featured in two films – ‘Redefining Love’, a romantic comedy released on February 14, and ‘Port City’, another comedy flick that released on October 11 that year. She featured as Jodie, one of the main characters of the internet show ‘Can’t Get Arrested’, appearing in five of its episodes in 2011.

Her TV films include ‘Singled Out’ (2012) where she featured as Leia and ‘Defending Santa’ (2013) where she appeared as Beth. The independent biographical drama film ‘Walt Before Mickey’ which released on August 14, 2015, saw her essaying the role of Charlotte Disney.

Her ‘Full House’ fame led her to return to the series’ spin-off, ‘Fuller House’ reprising the role of Stephanie Tanner. The sequel that airs as a Netflix original family sitcom series was premiered on February 26, 2016 and has already completed two seasons with a total of 26 episodes.

Jodie has appeared in every episode of ‘Fuller House’ as its predecessor. The series is slated to feature its third season, production of which had already started on March 18, 2017.

She took part in the American dance competition TV series ‘Dancing with the Stars’ in its 22nd season in 2016. Her dance partner was Keo Motsepe and the pair got eliminated in the sixth position on the eighth week of the season. That year she also featured in one of the episodes of the American TV series ‘Hollywood Medium with Tyler Henry’.

Jodie Sweetin has a net worth of $800 thousand.