Jerry Solomon Net Worth – Jerry Solomon is a popular sports manager who is a CEO and president of Stargames LLC. He has also created many sports based events like King of the Beach Invitational, Scottish Grass Court Championships.

Jerry has also worked with famous sportspersons like Ivan Lendl, Shannon Miller, and Karch Kiraly.He, however, grabbed the limelight as the husband of former figure skater Nancy Kerrigan. 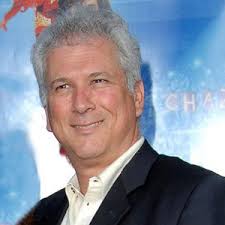 Jerry Solomon was born in 1954 in Florida of United States to father Edward D. Solomon, a chief executive of Shoe Town, Inc and to mother Roberta Madison.  After completing high school with flying colors, Jerry then enrolled at the University of California at Los Angeles where he graduated with a master’s in International Business. 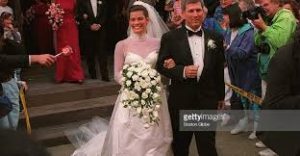 In his personal life, he has been married three times. Nancy Kerrigan is his third wife with whom he has three children, namely Matthew, Brian, and Nicole.  He also has a child from one of his previous marriages.  The identity of his first two wives is not revealed yet. 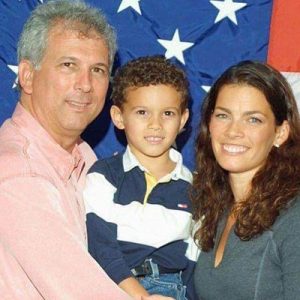 The couple tied the knot on September 9, 1995, in an intimate ceremony and still shares a blissful relationship. The pair is hugely involved in charities and has established foundations like KidSport Foundation, Nancy Kerrigan Foundation, and Karch Kiraly Scholarship Fund.

Jerry is active on Twitter where he has hundreds of followers. He often posts pictures and shares his experience.

Jerry Solomon always dreamt of becoming a successful businessman and thus began his career as the director of ‘Volvo Grand Prix’ in 1980 and worked there for five years.  Then, he started to work in the other famous sports management firm ProServ.

After that, he began to striking deals with world-renowned athletes and sportspersons and promoted as the marketing president of ‘ProServ.’

During his time at the company, he met his future wife Nancy Kerrigan and started working as her manager. Jerry’s collaboration with Nancy not only helped the latter to sign deals with various major brands such as Reebok and Revlon but also pushed the former to become one of the most popular sports managers in the United States.

For his achievements, Jerry Solomon won ‘The Managers Hall of Fame’ and  also ‘National Jewish Sports Hall of Fame.’

The president of a sports organization, Jerry Solomon has managed to work in the different sector for a long time and throughout his career, he has earned a huge amount of money but he has not shared the information of his earnings.

Though his exact net worth has not been revealed, if we believe the sources, it is around $4 million dollars. On the other hand, his former wife Nancy’s net worth is around $8 million.