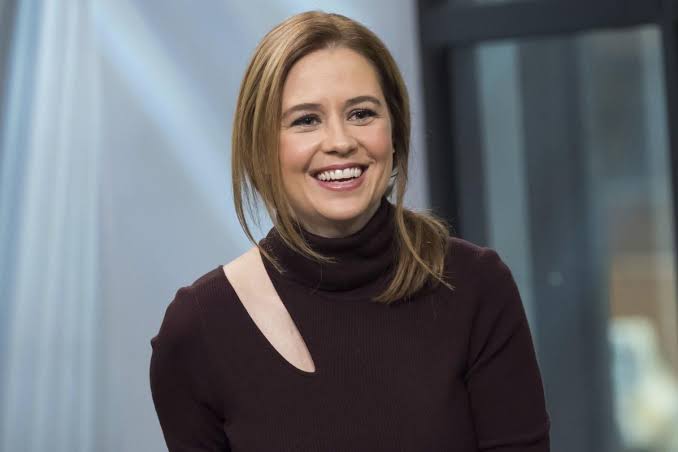 Jenna Fischer Net Worth – Jenna Fischer is an award-winning American actress, screenwriter, and film producer who is most known for her Pam Beesly role on the NBC sitcom The Office.

For almost 2 decades in the movie world, the actress has featured in over 20 movies and many TV productions. Jenna was nominated for the 2007 Primetime Emmy Award for Outstanding Supporting Actress in a Comedy Series.

She went on to clinch several other awards for her brilliant acting skill. She is a 2-time Screen Actors Guild Award winner and was honored with the St Louis International Film Festival award in 2004 and 2010. 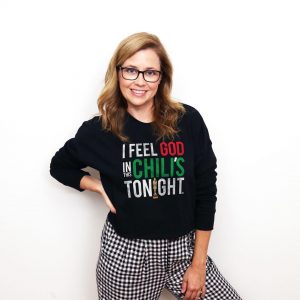 Originally named Regina Marie Fischer, it is not clear how her professional name “Jenna” came into the picture. Her birth date is March 7, 1974.

Jenna Fischer has a multi-cultural and ethnic ancestry- German, Swiss, Scots-Irish, English, and Czech. She was born in Fort Wayne, Indiana but the middle-class family later moved to St. Louis, Missouri, where Jenna was raised.

She also graduated from Truman State University with a degree in Theatre Arts and a minor in journalism. Initially, she had enrolled as a Pre-Law student before changing her mind.

Fischer began her career at a young age while she was still attending college. In 1998, she moved to Los Angeles and began performing the Commedia dell’arte with the Zoo District Theatre.

With her extraordinary beauty and performance, she grabbed a talent agency’s attention and got signed a contract with him.

Jenna struggled to make her entry into the film industry at the early stage of her career. She landed her first televised speaking role as a waitress on the TV sitcom Spin City in 2001, three years later her arrival in California.

Jenna then made an appearance in films like Lucky 13, Employee of the Month, and The Specials.

Similarly, she guest appeared in shows like That 70’s Show, Six Feet Under, Miss Match, Cold Case, Strong Medicine, Off Centre, and What I Liked About You.

Her acting career started taking off when she started writing, directing as well as starring in her own mockumentary, LolliLove, which is her only directing credit. She co-starred in the film with her then-husband James Gunn, Judy Greer, Linda Cardellini, Jason Segel, and Lloyd Kaufman.

Her film Lollilove premiered at the St. Louis International Film Festival in November 2004 and won her a Screen Actors Guild Emerging Actor Award.

Her breakthrough in career came with the role of Pam Beesly in the NBC hit sitcom The Office, based on the original BBC series. The appeared in the show alongside Steve Carell, Rainn Wilson, John Krasinski, B.J. Novak, Melora Hardin, and others.

Likewise, she was nominated for the Primetime Emmy Award for Outstanding Supporting Actress in a Comedy Series in 2007 but unfortunately didn’t win.

Currently, she appears as Lena in the American comedy television series Splitting Up Together.

Fischer stands at the height of 5 feet 6 inches and weighs around 56 Kg. Likewise, she has 36 inches of the chest, 26 inches of waist and 35 inches of hips.