Jeff Leatham Net Worth – American artist Jeff Leatham is a designer of floral designs. He dedicated himself to the designing world so much that he even published books related to flowers and floral art.

Well, his recognition as a designer and artist got balanced with his stardom that came after he got engaged with boyfriend Colton Haynes, an American actor, who played Jackson Whittemore in the MTV’s supernatural series Teen Wolf. 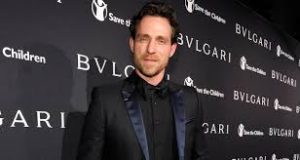 Leatham was born in Ogden, Utah on September 7, 1971, to parents Janet Leatham and Larry Leatham. Additionally, he has a sister Jennifer Roush. Most of the information relating to his early life and childhood is not available at present. He is of American nationality. Furthermore, there are no details about his ethnicity at present.

Talking about his education, Leatham attended the Weber State University in Weber, Utah.

The openly gay men not only limited their relationship to engagement but also exchanged the wedding vows and got married. However, their marriage voyage had to land when the duo decided to end their six months of married life.

Jeff Leatham met Colton Haynes by chance in Charles de Gaulle International Airport, Paris. Although they had been introduced through e-mail by mutual friends four years earlier, the duo couldn’t meet at the spot due to Colton’s nervousness.

Nevertheless, on their flight home from Paris to Southern California, USA, the duo started talking and flirting by passing notes to each other from their seats, three rows apart.

Eventually, the pair connected and started dating. However, their relationship was officially made public by Colton only on 2017’s Valentine’s Day. After a month, the duo announced their engagement in March 2017.

Jeff, who is also known by his hyphenated married name Jeff Haynes-Leatham, got engaged with his boyfriend on 11 March 2017. Jeff got down on one knee and asked Colton to be his other half at the Las Ventanas al Paraiso in Los Cabos, Mexico.

WIth affirmation from his partner, the couple exchanged the wedding vows on 27 October 2017 via a glitzy ceremony officiated by Kardashian matriarch Kris Jenner in Palm Springs, California, USA.

The pair wore a matching white coat and black tie, pants at their wedding. 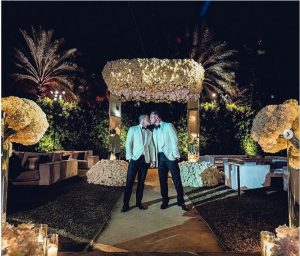 However, after the six beautiful months of marriage citing, Colton filed for divorce from Jeff in May 2018.

Many speculations were made on the sudden split. Mostly Jeff was blamed for being the ‘Bad-guy’ in their relationship. He was suspected to be cheating on the Arrow star.

Two months later, the couple surprised everyone with their reconciliation. They even celebrated their marriage anniversary in October 2018.

Their temporary split had caused a tremendous toll on Colton’s life even leading him to depression. However, he denied the allegations of Jeff cheating on him.

Jeff and Colton never played the blaming game during that time. Many speculate that the demise of Colton’s mother in March caused major turmoil in their marriage. Nonetheless, the real story behind it remains a mystery.

However, the reunion was short-lived. On 13 December 2018, Jeff reignited the divorce case. Maybe Jeff and Colton’s love story is on the verge of coming to an end twice in such a short period. Or perhaps this time too their immense love and care for each other would find a way to work things out 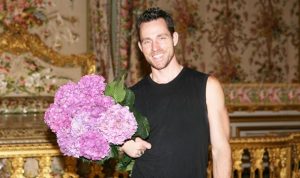 According to his Four Season’s bio, Jeff initiated his career in California as a male model but, later when he was asked to be the floral designer at the Beverley Hills Four Seasons, he agreed.

Furthermore, he worked as the Artistic Director of the Four Seasons Hotel in Beverly Hills. Besides that, he also appeared in television shows like Oprah Winfrey, Martha Stewart & Queen Latifah Show.

According to his LinkedIn, Jeff owned his design firm since 1997. In 2014, Jeff was awarded the Chevalier de L’Order des Arts et Letters, the most prestigious honor given to someone, which contributes to French culture.

Being a writer and artistic director in floral designs, he earns the right amount of income from his career. But due to his secretive nature, the detail information of his net worth is missing. As of his ex-husband’s net worth, it is estimated to be $4 million.