Jeff Bonnett Net Worth – Jeff Bonnett, better known by his nickname AZN, was born on 3 August 1981, in Oklahoma City, Oklahoma USA, so is currently aged 37. He is a reality television personality and street racer, probably best recognized for his appearances as one of the cast in the Discovery Channel’s reality TV series entitled “Street Outlaws” (2013-present). 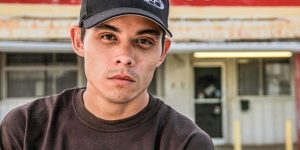 Concerning his early life, Jeff Bonnett spent his childhood in Oklahoma, where he was raised alongside an elder sister Brenda Bonnett by his father, Denis Bonnett, who served during the war in Vietnam, and his mother, Motsu Bonnett.

Unfortunately, he lost both of his parents as a teenager, since his father passed away from complications due to a defective heart valve, while his mother died from cancer. Regarding his education, there is no information about it in the media.

To talk about his personal life, Jeff Bonnett tends to keep it away from the eye of the public, so there is no information in the media if he is dating someone or not, but it’s believed that he is single at the present time. His current residence is still in Oklahoma City.

Jeff Bonnett’s love for street races was developed very early, and he bought his first car, a 1964 Chevy II NOVA, while in high school with the help of his father, as he loaned Jeff the money, so Jeff had to work various odd jobs to return it to him.

His father was also his mentor, teaching him to drive the Nova. Following his father’s death, Jeff met Sean Farmtruck Wheatley in one of the street races and they eventually became close friends and formed a duo, and under his mentorship, Jeff improved his driving skills.

Rise to Fame and “Street Outlaws”

Subsequently, Jeff’s professional career moved to the next level, as he caught the attention of the producer of the Discovery Channel, who was amazed by his skills and accomplished success as a street racer.

They offered him involvement in the entertainment industry as a reality television personality, which he obviously accepted. So, he became one of the members alongside such racers as Big Chief and Daddy Dave in the reality TV series entitled “Street Outlaws”, which follows car racers on the roads as well as behind the scene.

It has been airing on the Discovery Channel since premiering on the 10th June of 2013, increasing enormously his popularity, and adding a considerable amount to his net worth. It is currently in its eleventh season.

As mentioned, Jeff’s first racing car was a 1964 Chevy II NOVA, which he modified to participate in street races. He eventually sold the Nova, but later bought it back, as he was emotionally attached to the vehicle. His then bought his current car, a 1966 VW Bug better known as ‘The Dung Beetle’, with the powerful 1000 Hp turbo-charged CB precision engine. He also owns a 2008 SRT8 Jeep Grand Cherokee. 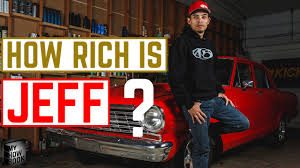 His career in the sports industry has been active for almost 20 years, and has been an active member of the entertainment industry as a reality television personality since 2013.

So, if you ever wondered how rich Jeff Bonnett is, it has been estimated by authoritative sources that the total size of his net worth is over $1 million, accumulated largely through his successful dual career, with another source is coming from his co-ownership of a merchandise store called THE FNA Firehouse.

If he continues to develop his career further, his net worth will certainly increase in the coming years.