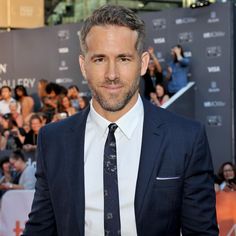 Reynolds got his start in show business in 1990 when he appeared in the role of Billy on the Nickelodeon show entitled “Fifteen”. Many years later he would report how earning just $150 for one of his early acting gigs made him feel like “a gazillionaire”. He would soon find major success thanks to a starring role in a second TV comedy production, “Two Guys, A Girl and a Pizza Place.”

Today Ryan is known as an accomplished comedy actor and has appeared in a number of film comedies, including National Lampoon’s “Van Wilder”, “Waiting”, Just Friends”, and “Definitely, Maybe” and many many more.

His performances have received recognition by award committees as he has been nominated 10 times for a People’s Choice Award with three wins. He won a Scream Award for Best Supporting Actor, and a Young Hollywood Award for “Next Generation – Male” in 2003.

Reynolds has also starred in several other movies including Fireflies in the Garden, Chaos Theory, Adventureland, X-Men Origins: Wolverine, The Proposal, Unlikely Hero, Buried, Green Lantern, The Change-Up, Safe House, R.I.P.D., The Captive, Mississippi Grind, Woman in Gold, Self/less, Deadpool, Criminal, Life, and more. From 2004 to 2005 he provided the voice of Ty Cheese on the television series Zeroman.

In 2017 Reynolds won a Saturn Award for Best Actor for Deadpool and a People’s Choice Award for Favorite Movie Actor. He was also nominated for a Golden Globe Award in 2017 for Best Performance by an Actor in a Motion Picture – Musical or Comedy for Deadpool.

Reynolds won a Critics’ Choice Movie Award in 2016 for Best Actor in a Comedy for Deadpool. The same year he received a star on the Hollywood Walk of Fame for Motion Pictures at 8601 Hollywood Blvd. He has been married to Blake Lively since 2012. He was previously married to Scarlett Johansson from 2008 to 2011.

How Much did Ryan Reynolds make for Deadpool?

Ryan’s base salary for Deadpool was a relatively paltry $2 million. His payday ultimately increased nearly 10-fold thanks to a lucrative share of the backend points. The first Deadpool cost just $58 million to make, and went on to gross $780 million. He earned enough money in 2017, roughly $22 million, to be one of the 20 highest-paid actors on the planet for that year. His earnings for Deadpool 2 have not been officially confirmed but he likely earned a minimum of $20 million for the second installment. With backend points, his earnings for the second movie, which earned $785 million globally, might ultimately top $30-40 million.

After the success of the Deadpool franchise, Ryan is in the category of actors who can earn $20 million upfront to star in a movie. For the Michael Bay movie “Six Underground” he was paid $27 million upfront.

In February 2018 Ryan acquired an ownership stake in Aviation Gin. He now also serves as the brand’s spokesman. He loves motorcycles and has an impressive collection. In 2012, Blake and Ryan bought a house in Westchester County, New York for $6 million. The property covers 11.65 acres and the main home is nearly 9,000 square feet. Ryan also owns a home in Los Angeles.

Who is Ryan Reynolds’ Daughter? 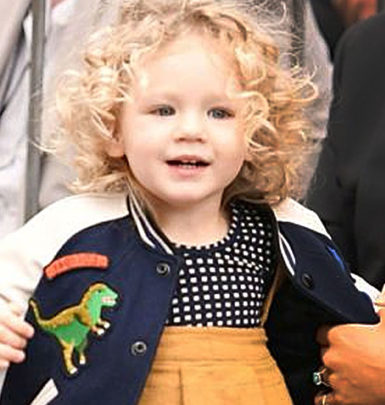 James is the first child of Mr. and Mrs. Reynolds. Soon after her birth her father told in his interview to David Letterman, that he would use his beloved wife as a “human shield” to protect his baby in case if it’s necessary.

The couple gave a girl such a strange name to honor the actor’s late father. The man passed away after he lost battle to Parkinson disease.

Although Blake and Ryan try to keep the girl away from public eyes, from time to time she attends red-carpet events with her stellar parents. The girl became a sweet little princess at Hollywood Walk of Fame, when her father was awarded with his star there.

At first sight it was noticeable, that small James is going to become a star. The girl wasn’t afraid of public, she jumped and had fun. In addition, the curly-haired girl lent her voice to Taylor Swift song “Gorgeous”. At the beginning of the song three-year-old names the title of the composition. The singer decided to use James’ demo, because she liked the cute child of her friends – Ryan and Blake. Reynolds jokes now, that his first daughter has “an enormous ego” after featuring in Swift’s concerts.