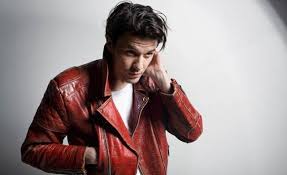 James Bay Net Worth – With a snap of the finger, one can become famous in today’s world, but in the same measure also, one can get lost and forgotten from the spotlight.

That would have been the story of James Bay except that he is neither lost nor forgotten from the spotlight; after his instant fame in 2013 as a kid, almost no one knew where he came from. 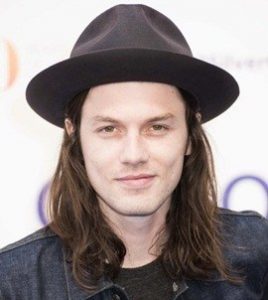 The singer was born James Michael Bay on the 4th of September 1990 in Hitchin, Hertfordshire, England, which is also where he was raised by a father who is a wine merchant and a mother (Jill) who was a fashion illustrator. He also has a brother whose name is Alex Bay.

James got his early education from Hitchin Boys’ School and when he was 11, he began playing classical guitar after he listened to Eric Clapton’s “Layla”.

The guitar he used then was a 15-year old instrument that his father had kept. As he continued to grow, he spent a lot of time playing with his brother. 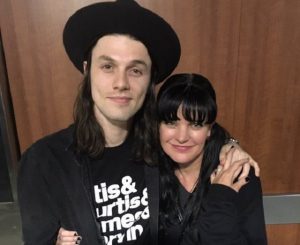 As regards his sexuality which many have speculated he could be gay, the singer has not come out openly to state if he is, but it is known that he is an advocate of LGBTQ. He has never dated a man, instead, he has a girlfriend whose name is Lucy Smith.

Bay and Smith have been together since they were teenagers. According to him, she has been with him for a long time even before he found his instant fame.

One of the main problems of the British singer-songwriter, when he took his short-haired look, was whether his girlfriend would like it. She was excited about the looks.

The Grammy-nominated singer revealed that the first time he kissed a girl was when he was 12 and that his childhood crush was Beyoncé. 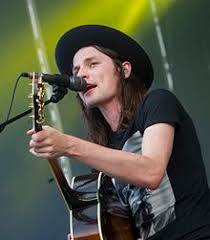 The Let it Go singer had a music teacher, Mrs. Hetherington who was an opera singer. At the time, he couldn’t read a note of music, but Mrs. Hetherington still saw his talent and kept encouraging him to pursue his dreams of becoming a musician.

There was also Mrs. Parker who also encouraged him. He revealed that these two women helped him to believe in himself, something he wouldn’t have been able to do without their help.

With eyes set on pursuing music as a career, he later went to Brighton where he studied at the music college when he was between 18 and 19. It was there that the tall lanky singer began playing in open mic nights while writing and performing his own songs.

And then one day, a fan recorded him while performing in one of such open mic nights and uploaded it on YouTube. In no time, he found himself in New York City thanks to a management team that helped people like James Morrison and John Newman to become famous.

Next, he signed a deal with the record label, Universal Republic.

The album debuted at number 1 in the UK and was certified platinum. His second album, Electric Light was released in 2018.

Thus far, he has toured with people such as Kodaline, Hozier, Taylor Swift, The Rolling Stones, and Ed Sheeran. More so, he has won a number of awards such as the Brit Awards, GQ Men of The Year, Q Awards, and BRIT Awards. James has been nominated for others including the Grammy, MTV Europe Music Awards, and more.

James Bay has risen in his musical career almost in a way one can describe as a fairy tale. That said, he has already accumulated a net worth that is placed at $8 million.