Throughout her career as a model, she has appeared on the multiple magazine covers and catwalks. She appeared on the cover of the Sports Illustrated Swimsuit Issue and in 1999 was the first German model to become a Victoria’s, Secret Angel. 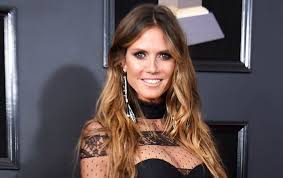 Heidi Klum was born on the 1st of June, 1973, in Bergisch Gladbach, Germany. Klum is the daughter of Erna and Günther Klum. She got into modeling thanks to her friend that enrolled her into a national modeling contract worth $300,000 by Thomas Zeumer, CEO of Metropolitan Models New York.

After winning, she appeared on the Gottschalk Late Night Show, a German television show with host Thomas Gottschalk.

She accepted the contract a few months later after graduating from school and decided not to try for an apprentice position at a fashion design school. 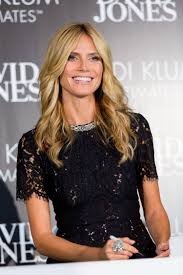 Klum began her modeling career in 1993 when she moved to New York. The following year she appeared on the cover page of Mirabella magazine. In the subsequent years, she became the cover model for magazines like ‘Marie Claire’, ‘ELLE’, and ‘Vogue’.

Her big major breakthrough came in 1998 when she appeared on the cover of the illustrious weekly magazine, ‘Sports Illustrated’. This gave her recognition as one of the topmost models. In 1999, she was offered the chance of modeling for Victoria’s Secret, the largest American lingerie retailer.

She pursued a career in Hollywood and made her appearance in television sitcoms in the United States and Germany. In 2001, she appeared in ‘Blow Dry’, a comedy film starring Alan Rickman and Natasha Richardson.

In 2004, she managed to get roles in films like ‘Ella Enchanted’ and ‘The Life and Death of Peter Sellers’. The same year, she became the executive producer and hostess for ‘Project Runway’.

In 2013, she was offered the opportunity to judge ‘America’s Got Talent’, a reality television show for singers, dancers, comedians, and magicians. She has also designed and released products for maternity lines, jewelry collection for QVC, and active women wear for New Balance.