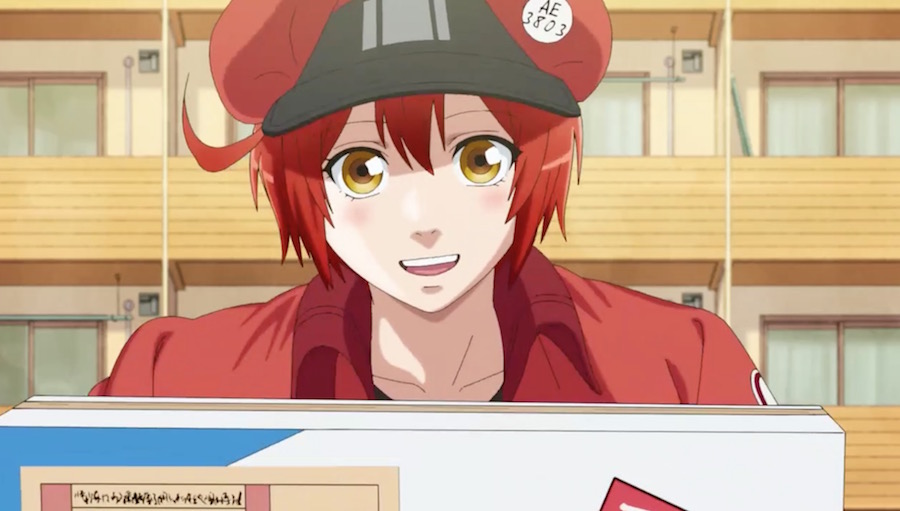 Cells at Work! (also known as Hataraku Saibō in Japanese) is a comedy anime television series which is based on a manga series of the same name.

Written and illustrated by Akane Shimizu, the manga series was first published on January 26, 2015, and new volumes are being published even to this day.

A few years after the manga series’ initial publication, an anime studio called David Production decided to adapt it into an anime television series, and Season 1 of Cells at Work! first made its way to viewers’ screens on July 8, 2018.

Season 1 was an immediate hit among fans of the manga series and new viewers alike, and since then, fans have been waiting to hear news on a second season.

Here’s everything you need to know about Season 2. 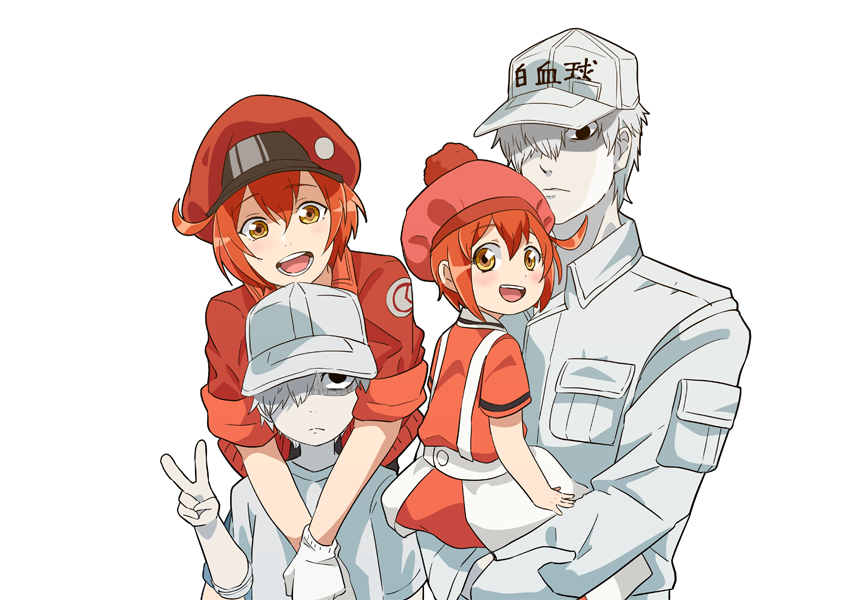 Cells at Work! Season 2 Release Date: When will it premiere?

Months later, to the delight of fans, a special episode titled Cells at Work!: Cold Syndrome (Hataraku Saibō: Kaze Shōkōgun in Japanese) was released on December 27, 2018.

On March 23, 2019, three months after the release of the special episode, the official Twitter account of Cells at Work! announced that the show had been renewed for a second season.

However, the renewal announcement was not accompanied by release date or even a tentative release date, so as it stands, it remains unclear when Season 2 will be released.

Assuming that production for the second season is already underway, David Production could follow their earlier precedent and release Cells at Work Season 2 in July 2020 or later.

We’re keeping our ears open for news on Cells at Work! Season 2 release date and we’ll update this section as soon as we hear something reliable.

For those who like watching anime shows in English, the bad news is that Cells at Work! does not have an official English dub despite its popularity among international audiences.

If you want to watch the show, you can find the original Japanese version with English subtitles on Crunchyroll. 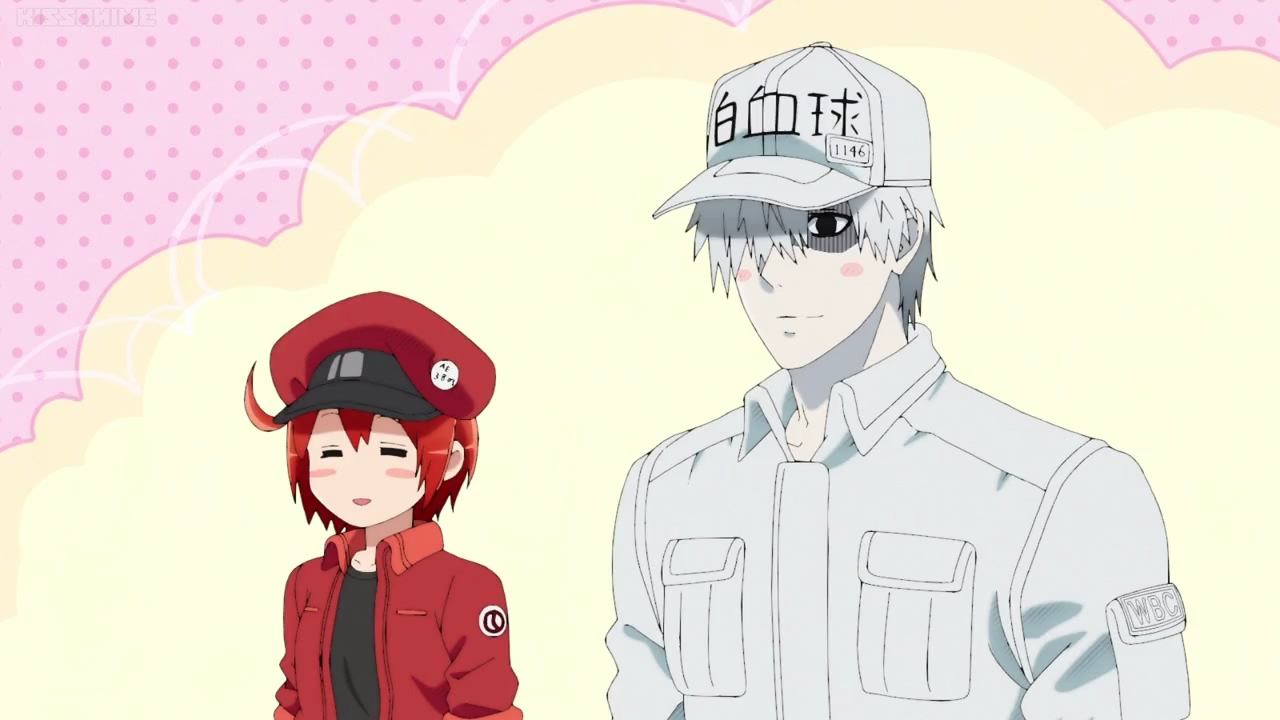 As far as the plot of Cells at Work! is concerned, the show has a pretty interesting premise, and it depicts the functioning of a human body at the cellular level.

The show takes viewers inside the body of an anonymous person and brings to viewers a story centered around the various types of cells in the human body and their functions.

In Cells at Work! characters are anthropomorphic cells and groups of cells are organized in a societal framework – where each group is responsible for carrying out a function which allows for the efficient functioning of the body.

In this backdrop, the show primarily follows two characters – a rookie red blood cell named AE3803 and a veteran, relentless white blood cell called U-1146 – as they go about their daily activities.

Owing to the format of the show, Cells at Work! mostly has episodic plotlines rather than an overarching one, and shows how millions of cells work around the clock every day to keep the human body working.

Cells at Work! has a pretty exhaustive list of characters, but there are only a couple of main characters.

Below, we’ve provided you with brief backgrounds on the characters who are central to the plot of the main show.

AE3803: One of the two main protagonists of the show, AE3803 is an averaged sized red blood cell who resembles an adolescent girl.

Having just joined her profession – which involves transporting goods like oxygen, carbon dioxide, and other important nutrients to different parts of the body – A3803 is not very familiar with her work and often gets lost while on duty.

Despite her lack of directional sense, A3803 demonstrates tremendous determination to get her work done and strives to become great at her job.

While A3803 does not have any particularly special abilities, she is, like other red blood cells, capable of accelerating quickly and can even squeeze through extremely tight spots.

However, being a red blood cell, AE3803, does not have any abilities to defend herself against threats.

U-1146: The other main protagonist in the show, U-1146 is a veteran white blood cell. More specifically, U-1146 is a neutrophil and works for the Neutrophil Division.

Like most of his comrades, U-1146 is tall and lean and has an extremely pale complexion and dark black eyes.

While U-1146 is mostly aloof and passive to what’s going on, his personality changes drastically when in combat, and he becomes brutal and aggressive, destroying all germs which have the unfortunate fate of crossing paths with him.

Despite this occasionally savage personality, U-1146 is shown to be extremely kind and selfless and often goes out of his way to help others, particularly AE3803, whom he had saved from bacteria when she was much younger.

Being a neutrophil, U-1146 boasts many abilities – he is extremely skillful with a knife and can seek out and eliminate all sorts of threats ranging from lowly germs to powerful cancer cells.

Further, U-1146 has the ability to eat any foreign cell and identify its origins.

Killer T Cell: Although not a main character, Killer T Cell is also quite important to the plot of the show.

Another white blood cell, Killer T Cell is a T lymphocyte and works under the elite Killer T Division.

Tall and masculine, Killer T Cell can be seen wearing the signature black Killer T Division uniform and is a loud, obnoxious, and ill-tempered cell to be around.

He also possesses the legendary T Cell Perforin Canon Punch ability and can use it to extreme combat effectiveness during times of dire need.

Macrophage: Another important character in the show, Macrophage is a white blood cell – a monocyte/macrophage to be more precise.

Macrophage acts in her capacity as a macrophage outside the bloodstream, killing foreign elements like bacteria and relaying information from them.

Within the bloodstream, she is acting as a monocyte, eliminating all entities she deems to be threats.

Further, Macrophage also works as a cleaner and removes dead and dying cells and bacteria from the bloodstream. Despite her cruel profession, Macrophage has a doll-like appearance and is very pretty.