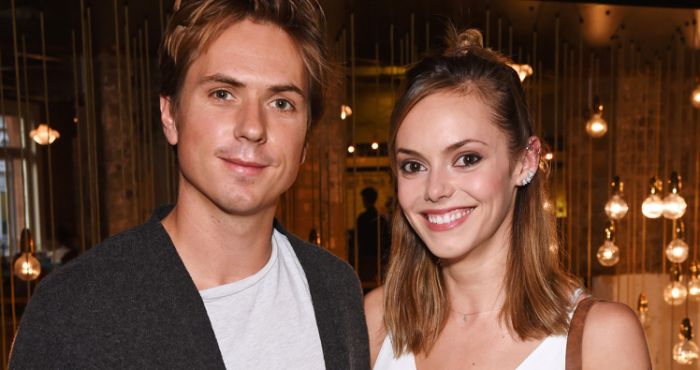 Since then, the star has returned to comedy alongside her fiancé Joe Thomas but when did they meet and what else has she been in? Here’s all you need to know. 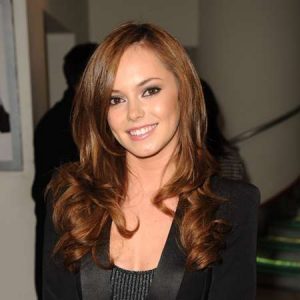 Hannah Tointon was born on December 28, 1987, in Southend-on-Sea England as Hannah Marie Tointon. Her father is Ken Tointon and mother is Carol Tointon with whom she is very close to. She has an elder sister Kara Tointon as a sibling.

There is no further information about Tointon’s early life and childhood. 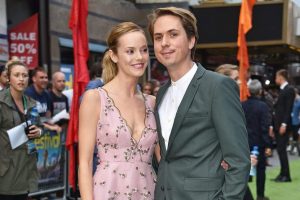 Hannah Tointon is engaged with The Inbetweeners co-star Joe Thomas in 2017 after dating for seven years. Loving someone is not enough for that you have to be supportive and caring.

This proved by Hannah when her fiance, 35, Thomas after he left looking worse for wear on a night on the tiles in Soho on 8 March 2019.

Hannah and Joe were spotted together on the television series The Inbetweeners in 2010. The two start chatting with each other via phone. At the time, Joe’s phone slipped out of his hands onto the pavement. After dating around two years, the couple moved in together.

Her fiancee told Cosmopolitan magazine that he always tries to impress Hannah by doing something new and also was very protective and serious about her.

In early January 2019, Hannah and Joe both enjoyed their a date night at Cirque du Soleil’s Totem at the Royal Albert Hall.  At present, the pair are living in London.

From Teen to Comedy Queen?

Gorgeous Hannah Tointon played the hot girl role that every guy want to hook up with the hugely popular television show The Inbetweeners that aired on the Channel 4 where she appeared as  Simon’s girlfriend Tara Brown. The 31 years old actress starred on comedy movie the Festival.

Hannah came to the entertainment industry and got all the sort of great acting credits to her name. She made her first debut on the television series Star as Billie in 2003 when she was just 15. Then she appeared as Tamsin in CBBC sitcom Kerching! from 2003 to 2006.

She rose to prominence after she landed on Channel 4’s series Hollyoaks playing Katy Fox, the younger sister of villain and former nightclub owner Warren from 2007 to 2008 for which she won  The British Soap Award for  Spectacular Scene of the Year.

She played a lead role as Violette Selfridge in ITV’s Mr Selfridge along with her sister Kara in 2015. Hannah also has had roles in police drama The Bills, Doctors, Midsomer Murders, Dead in Paradise, Love Matters, The Hour, Witch and many more.

Aside from television, she made an appearance on the big screen. She starred in the British horror film The Children as Casey and in 2010’s movie The Lost Future alongside Sean Bean and Sam Claflin.

In the earlier year, Tointon starred as Nich ex-girlfriend, Caitlin who breaks up with him before graduation and publicly humiliates himself begging her to take him back.

Hannah’s primary sources income from her acting career.  She got paid a salary of between $15,000 to 25 thousand and a little bit more from the movies. Looking closely, we can assume she will surely heighten her fortune in the days.