Gwendoline Christie Net Worth – Gwendoline Christie is a brooding British actress who is popular for her role as Brienne of Tarth in the HBO series Games of Thrones. She emerged in the series in the third episode of the second season in 2012. She rose above discouragements and disparaging due to her lofty height to become a successful actress and has remained relevant in the acting circles till date. Learn more about her in this article. 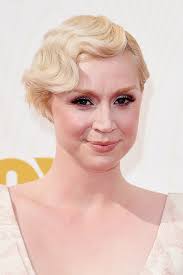 Gwendoline Christie as she is fondly called was born Gwendoline Tracy Phillipa Christie. She was born on 28th October 1978 to a housewife mother and a father who was a sales and marketing expert. She was born in Worthing West Sussex, Britain, but grew up in Hamlet near South Downs.

She attended Hiefield Primary School and then Warden Park Secondary School where she took part in learning gymnastics but unfortunately had to quit due to a spinal injury. At 15, she took part in the Shakespearian play Macbeth and became fond of acting. She decided she wanted to become an actress and enrolled in the Drama Centre London and graduated in 2005 with a First Class BA (Hons). 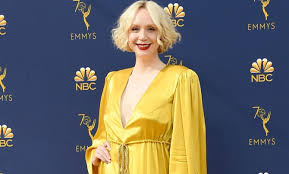 Her years at the Drama Centre were not pleasant ones as she recalled being told severally that she was nothing and would amount to nothing in acting. She was also bullied for her height and weight as people often told her that she would probably never be an actress with her body type. She was rejected by several talent agencies with one telling her off with ‘a good luck with that’ remark – in reference to her body.

Game of Thrones star, Gwendoline Christie has been known to be involved with British fashion designer, Giles Deacon, since 2013. Giles is the founder of Giles Deacon group and Couture Fashion House. He is notable for his awards as Best New Designer, Best British Designers and so on.

The couple seems to be compatible as Giles describes Gwen as his muse, while Gwen who has a fashion sense has been seen severally rocking his designs to red carpet events and sits at the first row in most of his runway shows.

In 2002, while working at a boutique in Brighton called Pussy, she caught the eyes of photographer Polly Borland who was fascinated by her height and offered to use her as the subject of his series of photographs, Bunny. Gwendoline later admitted to not believing she accepted the offer as she appeared nude in most of the photographs, however, she said the experience enabled her to be more comfortable with her body.

After that modeling stint, she went back into acting, inspired and encouraged by Tilda Swinton’s performance in Orlando. Gwendoline was seen on stage soon after as she carried out roles like the Queen in Shakespeare’s Cymbeline, Mag Wildwood in Breakfast at Tiffany’s and Lucifer in Marlowe’s Doctor Faustus(2010), among others.

In 2007, Gwen made her short film debut in Time Surgeon directed by Nathaniel Mellors and later took part in other films by the same director such as 7 Ages of Britain Teaser and Our House. 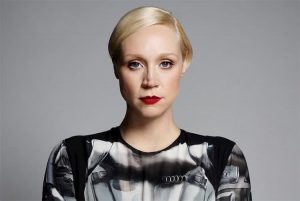 Her first feature film was Imaginarium of Doctor Parnassus by Terry Gillian were she played a minor role as Classy Shopper 2. In 2011, Christie was in Wizard and Aliens as Lexi, Princess of Nekross. The movie didn’t gain much popularity, however, the actress attracted fans.

Her rise to stardom began in 2012 when she played the role of Brienne of Tarth in HBO series, Game of Thrones. She made her appearance in season 2. For Gwen to fit into this character, she took some determined steps, such as intensive training to lose weight and build muscles. She also had to start wearing unisex clothing in a bid to imbue male thinking.

In addition, she took riding lessons and learned to fight choreography. She fit perfectly into her role and is admired by female viewers of the series, as a symbol of women independence alongside her counterparts such as Emilia Clarke, Gemma Whelan and so on.

For her performance in Game of Thrones, she was nominated in the Saturn Award for Best Supporting Actress in 2014. The following year, 2015, Gwendoline Christie was featured in the final film of the Hunger Games series, The Hunger Games: Mocking Jay 2, where she starred as Commander Lyme. In the same year, Christie joined the cast of Swallows and Amazons but dropped out later based on personal grounds. She played Mrs. Blackett.

In addition to these roles, she co-starred in Star Wars: The Force Awakens as Captain Phasma, one of the supporting antagonists. She received accolades for her performance and character design but was criticized for her minimal role in the film, particularly after the character was prominently featured in promotional materials. 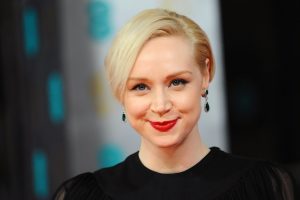 Recently in 2017, Gwendoline Christie bagged a major role in another series, Top of the Lake: China Girl as Miranda Hilmarson, a constable in the Sydney Police Force.

Toting up to the Saturn Awards, she was nominated for the Awards Circuit Community Awards for her role in Star Wars; the Gold Derby TV Awards and the Screen Actors Guild Award nominations in four separate years.

In 2018, Gwendoline Christie appeared in The Darkest Minds, where she played a bounty hunter called Lady Jane.

How Tall Is Gwendoline Christie? Height

Gwendoline Christie quite a very tall lady which would have been considered a career in some other careers. And even though it has served her well so far in her acting career, it almost became a clog in the wheels of her acting progress. She is 6 feet 3.25 inches tall (1.91 m) and she was often bullied because of her height when she was younger.

Despite, the movies and roles credited to her, Christie has been estimated to worth $1.5 million.