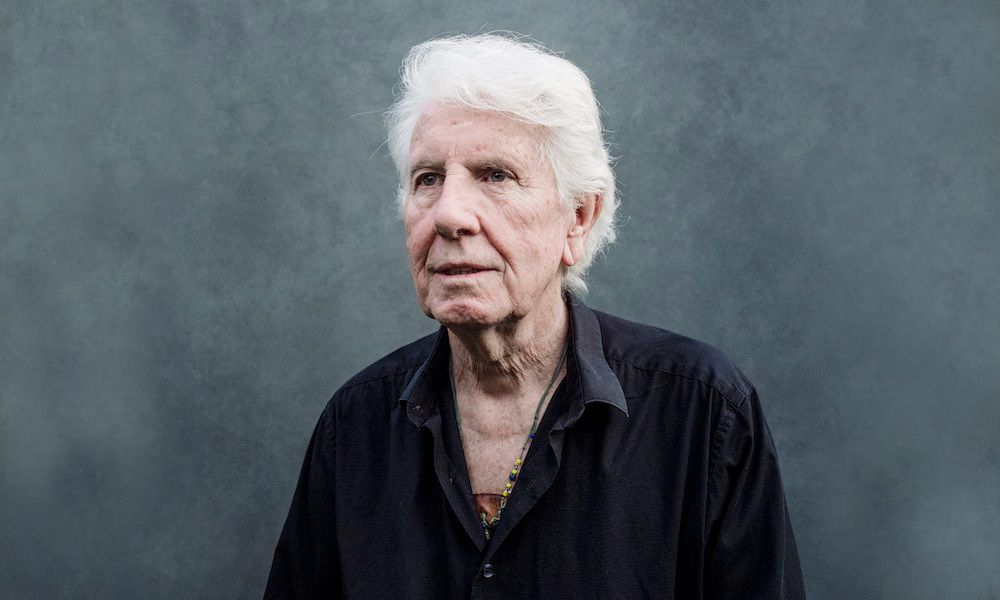 In recognition for his contributions as a musician and philanthropist, Nash was appointed an Officer of the Order of the British Empire (OBE) by Queen Elizabeth. 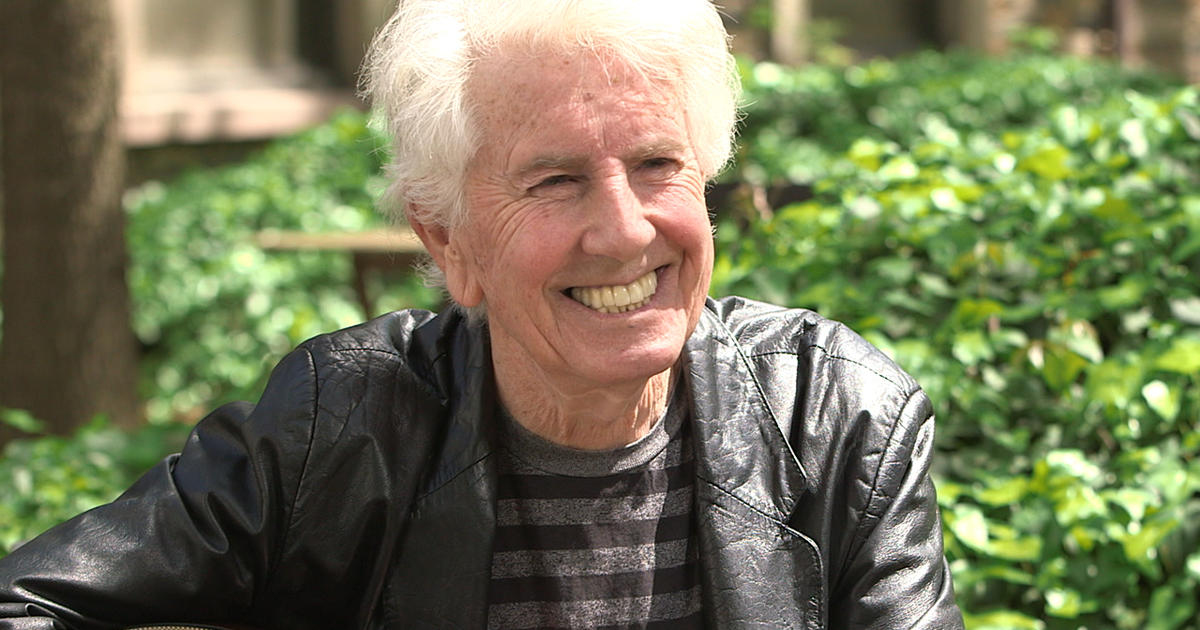 Graham Nash was born on February 2, 1942, in Blackpool, England. At an early age, Nash showed a passion for music.

By his early teens, he had teamed up with schoolmate and close friend Allan Clarke to create a band that could replicate the “skiffle” songs—a pop mix of jazz, blues, folk, roots and country—that they admired so much on English radio.

He has three adult children.

Graham Nash was a founding member of Crosby, Stills and Nash with David Crosby and Stephen Stills. The group, together with Neil Young, who joined later, became one of the most popular American folk-rock bands in history.

The pair went through a number of different names for themselves, from Two Teens to The Levins, to The Guytones. But it wasn’t until they connected with three other musicians—Eric Haydock (bass), Tony Hicks (lead guitar) and Don Rathbone (drums)—that Clarke and Nash found a stable sound, and the beginnings of success.

In 1963, the group renamed themselves the Hollies, and recorded their first single: a Coasters cover called “Ain’t That Just Like Me.” The song didn’t experience popular success, but another Coasters cover, “Searchin’,” along with its B-side “Whole World Over,” reached No. 12 on the U.K. pop charts that same year.

The Hollies, with Nash as one of its key songwriters, began making inroads into the U.S. soon after, with Top 10 hits such as “Stop Stop Stop” (1966).

As the 1960s took shape and rock fans clamored for a more psychedelic edge to their music, the Hollies tried to deliver, with Nash leading the way.

Frustration with his bandmates, however, and longing to strike out on his own, paved the way for Nash’s departure from the band in 1968.

Before the year was out, Nash had teamed up with another set of musicians, David Crosby and Stephen Stills, whom he’d met during a Hollies tour.

The trio immediately began recording together, and their album, Crosby, Stills and Nash (1969) proved to be a huge success, with hits like “Marrakesh Express” and “Suite: Judy Blue Eyes.”

Later that year, Neil Young joined the band, and the foursome came together to deliver one of the most memorable performances at Woodstock.

Nash’s new group, dubbed by critics as a “supergroup” because of its collection of highly regarded rock stars, responded to the headlines and mood of their generation with songs like “Woodstock” (1970) and “Ohio” (1970)—a response to an incident on the campus of Kent University, where four students were killed by National Guard soldiers.

Like any kind of creative partnership, however, CSN&Y had its difficulties. For more than three decades, the band experienced break-ups, feuds, reunion shows and new albums.

Nash’s first set of studio work, Songs (1971), achieved decent success, peaking at No. 15 on the U.S. charts. And while other albums haven’t delivered the same kind of commercial results, Nash, considered one of the more upbeat and steady musicians to come out of the 1960s, has never let it faze him.

His longtime bandmate and friend, David Crosby, has credited Nash with helping him fight his own substance abuse problems.

As of 2020, The net worth of Graham Nash is $35 million. The salary of Nash is $4.85 million per year. The singer’s majority income comes from music.

He also has a great collection of art. The singer published Taking Aim: Unforgettable Rock n Roll Photographs. In 2013, he released his autobiography named Wild Tales.

Graham Nash is a legendary artist but a very big heart. The singer supported various charities like Habitat for Humanity, The Guacamole Fund, Why Hunger, Rock Can Roll, and Witness. In 1970, he supported the anti-nuclear movement.