Garth Brooks Net Worth – American Country singer and songwriter Garth Brooks is one of the world’s best-selling artists of all time and sold more than 170 million records. His seven albums achieved diamond status in the United States.

Brooks has released 21 records which include 12 studio albums, one live album, three compilation albums, 3 Christmas albums and four box sets alongside 77 singles in his music career. He has won two Grammy Awards and 17American Music Awards. 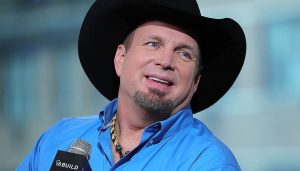 Garth Brooks is an American country music star who has a net worth of $330 million. Garth Brooks was born in Tulsa, Oklahoma on February 7, 1962. Garth is a wildly successful country music artist who has had six albums certified diamond. In total he has sold over 200 million albums worldwide.

According to the Recording Industry Association of America (RIAA), Garth is the best selling solo artist of the 20th century in the United States. Some music fans disagree with this fact because the RIAA did not precisely track Elvis Presley’s earliest sales. 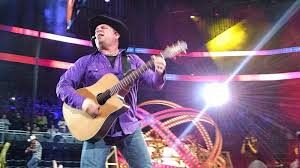 Brooks’ 2001 separation from ex wife Sandy Mahl turned out to be one of the most expensive divorces of all time. Garth would eventually pay Sandy a $125 million settlement. Garth and Sandy met while attending Oklahoma State University. Garth was a bouncer at a bar that Sandy would frequent.

They married in 1986 and divorced in 2001. Today Garth is married to fellow country artist Trisha Yearwood. They have been married since 2005. After a short hiatus, he returned to performing in Las Vegas, where he headlined his own show at The Encore Hotel and Casino. He is still performing and releasing music today.