Garrett Hedlund Net Worth – Garrett Hedlund is an American actor, model, and singer. He is known for playing Patroclus in the flick ‘Troy,’ Sam Flynn in Disney’s movie ‘Tron: Legacy’ and Dean Moriarty in Jack Kerouac’s film adaption ‘On the Road’. 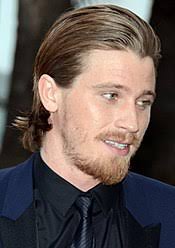 Garrett Hedlund was born in Roseau, Minnesota as the third and the youngest child of Norwegian and German mother, Kristine Anne (Yanish) and Swedish father, Robert Martin Hedlund. His siblings are Nathaniel and Amanda. He was raised on a remote beef cattle farm near the small town of Wannaska in Minnesota. Later, when he was in grade ten, he moved to Arizona to live with his mother. There he learned acting from coach Jean Fowler by paying with the tips he got as a waiter. 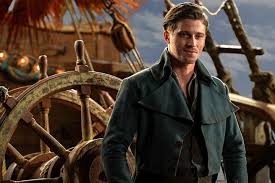 Garrett Hedlund began modeling during his teen years. He went on to model for ‘Teen’ magazine and L.L. Bean. In 2004, he made his acting debut when he appeared as Patroclus in the mythological epic adventure war film ‘Troy’. The following year, he costarred with actor Mark Wahlberg in the crime thriller flick ‘Four Brothers’.
Soon after this, Garrett Hedlund appeared in the fantasy-adventure movie ‘Eragon’. In 2007, the actor co-starred with Jane Fonda, Felicity Huffman and Lindsay Lohan in the comedy movie‘Georgia Rule’.That year, he also did the flick ‘Death Sentence’, vigilante action drama film loosely based on the novel of the same name.
Garrett Hedlund next appeared in the sequel of the 1982 film Tron titled ‘Tron: Legacy’ in 2010. The same year, Hedlund had a role in the musical drama ‘Country Strong, a film about an emotionally unstable country music star whose career is failing. Soon after this, he was cast in the adventure drama film ‘On the Road’.
In 2013, he played Johnny Five in the black comedy tragedy flick ‘Inside Llewyn Davis’. From 2014 to 2017, the American artisteappeared in significant roles in the movies ‘Lullaby’, ‘Unbroken’, ‘Billy Lynn’s Long Halftime Walk’, ‘Pan’, ‘Mojave’ and ‘Mudbound’. In the year 2018, he starred in six episodes of the TV series ‘Mosaic’.
Garrett Hedlund has recorded several singles till date. He released a number of tracks for his flick ‘Country Strong,’ including “Chances Are”,”Silver Wings”, “Hide Me Babe” and “Give in toMe” (duet with Leighton Meester). 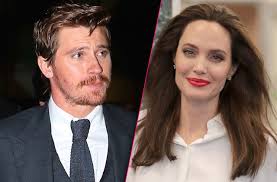 Garrett Hedlund has been in five relations as reported. He has had encounters his co-stars – Leighton Meester in 2011, Rashida Jones in 2011 and Lindsay Lohan as well. He has been in a relationship with American actress, Beau Garrett, in 2010 but their relationship didn’t seem to work well.

So, they were soon separated. Then, he met actress Kristen Dunt in 2012 and in 2015, they were announced to be dating. However, this four-year long relationship came to an end in 2016 when they reported having split up.

Garrett Hedlund has the total estimated net worth of $6 million.