Galina Becker Net Worth – The notion that Galina Becker only became popular after her marriage to professional wrestler Roman Reigns is untrue because Becker had worked as a fitness model for a very long time and made a name for herself before her marriage to the WWE star. Her marriage to Reigns only boosted her popularity status and not create it, but whichever way, everyone knows her now. 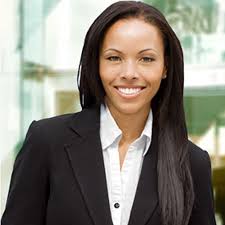 Galina Joelle Becker was born in Jacksonville Florida on the 11th day of March 1987 to Kevin and Mildred Becker. She was raised in San Francisco alongside her two older siblings (Molisa Cooper and Undine Becker). Her parents are Afro-Americans thus, she is of Afro-American ethnicity.

She attended Mt. Pleasant High School, where she was known as one of the best athletes in her class, she was into tracks and field events. Galina wasn’t just the best at hurdles and jump, she equally made significant strides as a filed athlete, winning several competitions both as a freshman in subsequent years.

Beckers won several regional titles in the triple jump and was even named the Most Valuable Performer in her school team for three years in a row. Her older sister Undine was also an athlete who represented the University of Stanford in track and field events for up to five years.

After high school, she headed to Georgia Institute of Technology, where she bagged a degree in Management. While in college, Galina Becker represented her school in both track and field events. During a 100 meters high hurdles, she made the best time of 14.92, and would later record a season-best time of 12.76 in a 100-meter dash. 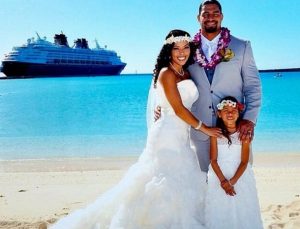 The fitness model is currently married to WWE star Roman Reigns. The couple met while studying at Georgia Tech and began dating. After dating for a number of years, they got engaged in February 2012 and tied the knot two years later (2014) at a private island in the Bahamas (Disney’s Castaway Cay.)

The couple are proud parents to a daughter named Joelle Becker and twin boys. Joelle was born on December 14, 2008, long before her parents tied the knots. She was present at her parents’ wedding in 2014. Her twin brothers arrived in 2016.

Despite the distance between the couple (because Reigns is always on the road), they have managed to make their relationship work, over and over again. Despite being an established model, Galina Becker prefers to lie low and work behind the scene, giving her husband all the love and support he needs. Info about her life only started making the rounds in 2014 when she accompanied her husband to the Hall Of Fame ceremony.

Reigns performs on the Raw brand under the WWE. Before taking wrestling as a profession, Roman played American football, both in college and in the NFL. He played in NFL for teams like Jacksonville Jaguars, and Minnesota Vikings. He also played in the Candian league for Edmonton Eskimos. He retired from playing football in 2008 and went into wrestling fully.

Galina Becker’s net worth is not currently known, but her husband who is a well-known wrestler and former American footballer is said to have an estimated net worth of $5 million. His annual take-home salary is estimated at $1 million.