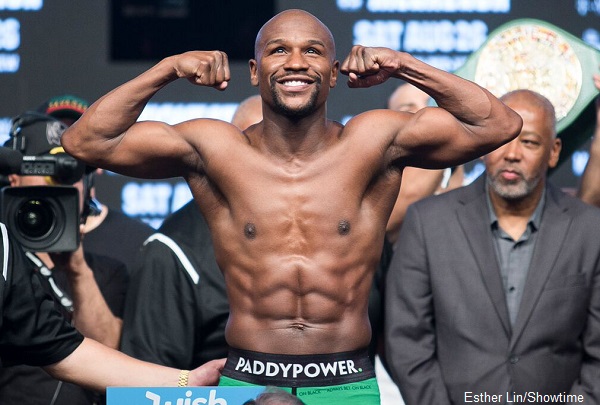 Floyd Mayweather Jr is an American boxing champion who is regarded as one of the best pound-for-pound fighters of his generation.

A sport that runs in his blood, Mayweather has given everything to it, his blood, his sweat, his hard work, and his life

Boxing is in his blood: His father, Floyd Sr., was a welterweight contender, and his uncle Jeff Mayweather is a former IBO super featherweight champion. 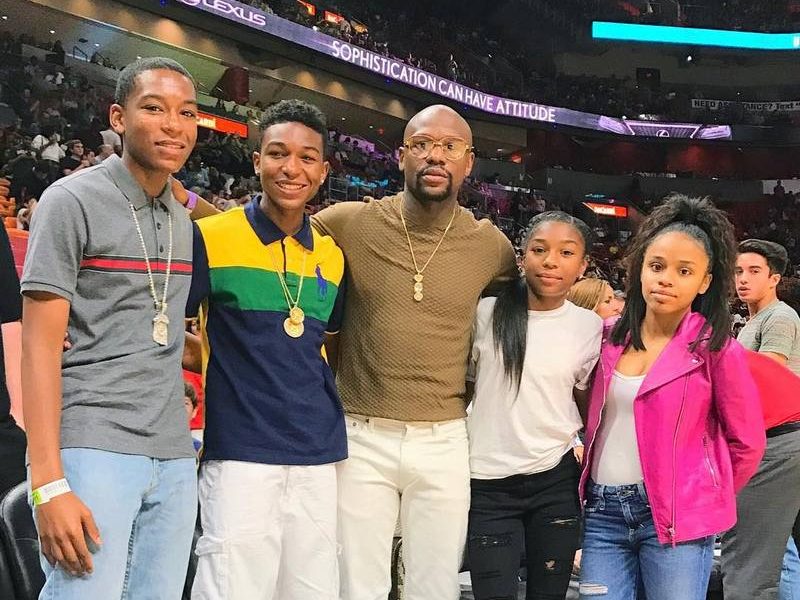 Floyd Joy Sinclair was born on the 24th of February, 1977 in Grand Rapids, Michigan, Mayweather did not have it easy growing up.

He was born in a home of boxers; his father Floyd Mayweather Sr. who was a contender for the welterweight champion against Sugar Ray Leonard.

His uncles, Jeff and Roger Mayweather were also professional boxers.

He was named Sinclair after his mother Deborah Sinclair who used to be addicted to drugs.

He went to Ottawa Hills High School, but because of his mother’s drug use decided to drop out and take care of her instead.

When not taking him to the gym, his father would sell drugs at night time so he could put food on the table.

Floyd Mayweather has also said that he was beaten severally by his father. His father at one time served a prison sentence, at which point Mayweather was sent to live with his grandmother.

Boxing had always been a part of his life right from the start, and at a very young age, he had already decided that he was going to chase it as a profession.

Even his grandmother acknowledged his potential by encouraging him to follow the dream, rather than look for a job to do.

He changed his name from Sinclair to Mayweather, an indication that he was ready to put on the gloves and step into the ring for real. 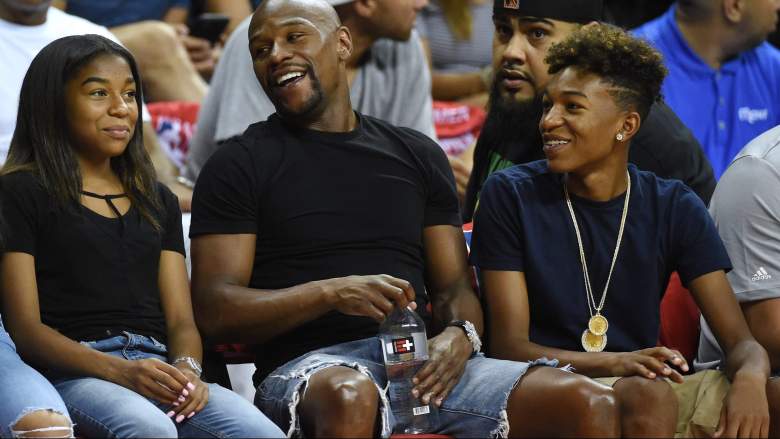 Floyd Mayweather has never been married, but currently has four children; two boys and two girls.

Josie Harris, his ex-girlfriend is the mother of Koraun and Zion—his two sons, and Jirah, one of his daughters.

He and Josie were high school sweethearts before they split in 2007. During the time, they had a rocky on-and-off relationship.

He dated Melissa Brim during one of the off times in his previous relationships, and the couple split in 2012. Together they have a daughter called Іуаnnа.

Zion Shamaree Mayweather (son with Josie Harris) – Zion is the second son of a celebrated boxer. He has just graduated from high school. Zion is close to his elder brother Koraun and helps to promote his music video.

She was born that very year as he but is 5 months younger. Thus, it’s an obvious fact, that Floyd cheated his girlfriend Josie Harris with another woman, Melissa Brim.

The girl is just 14 years old. She resides in Los Angeles, CA, and attends a prestigious school there. Jirah is a cheerleader in her school.

In addition, he was the person, who introduced Mayweather Jr to the box. He made his son successful and popular in spite of the fact that Mayweather Jr’s career wasn’t so enviable.

Deborah Sinclair (mother) – She met Floyd Mayweather Sr at a very young age. It’s not proved, but probably, they were not even married officially, because their son Floyd was registered under his mother’s name at first.

The future boxing legend’s born name was Floyd Joy Sinclair, but at the age of 10, he changed it for Mayweather.

Deltricia Tawanna Howard (sister) – She is the first kid of Deborah Sinclair and Floyd Mayweather Sr. The girl was born in Grand Rapids, MI, and attended Union High School. 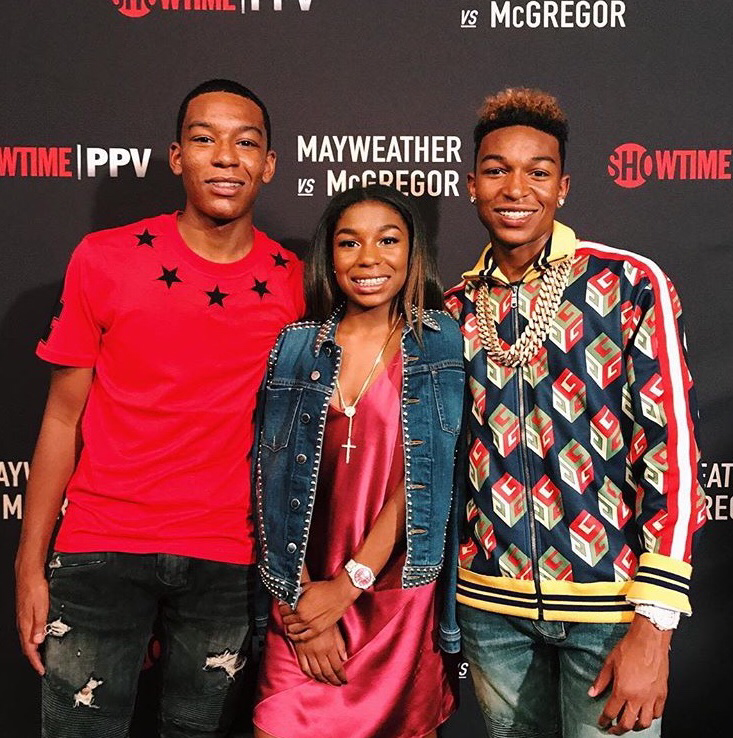 Mayweather began his career as an amateur boxer, winning Golden Gloves championships in ’93, ’94 and ’95. He finished amateur boxing with 84 wins and 8 losses.

In 1996, he won bronze in the Atlanta Olympics by reaching the featherweight division semifinals.

His first professional match was on the 11th of October, 1996 against fellow newcomer Roberto Apodaca.

At this point, his uncle Roger was his trainer and his father was still in prison over illegal drug trafficking charges.

He received a lot of praise from pundits in the boxing world, with some commentators predicting that he would become one of the greatest boxers ever.

Floyd Mayweather’s first championship, the WBC super featherweight, was won when he beat Genaro Hernandez with a TKO.

It was the first defeat for Hernandez in the weight class, and after the fight, the boxer gave his respect and praise to Mayweather.

He had the chance to defend his title and retained it after a TKO win against Angel Manfredy. It was another record win, as it gave Manfredy his first defeat in four years.

Floyd Mayweather would go on to defend his title five times, winning against his opponent each time.

His unbeaten record stayed intact, with none of the fights going beyond the eighth round in length.

Mayweather would take this run into the lightweight, light welterweight, welterweight, and light middleweight classes, remaining unbeaten every single step of the way.

He made a one-fight comeback in 2017, and after that officially hung his gloves as a boxer.

All in all, Mayweather had an unbeaten record of 50 wins, the total amount of matches he had in his professional career.

In 2016, Mayweather clutched three Guinness World Records: for most bouts undefeated by a world champion boxer in a career, highest career pay-per-view sales for a boxer, and for most expensive boxing championship belt of $1 million.

Floyd Mayweather is a world-renowned American boxing champion who has a net worth of $505 million dollars. Floyd’s total career earnings, as of this writing, top $1.1 billion.

Floyd is the 5th highest-paid athlete of all time and one of just six athletes whose career earnings have topped $1 billion.