Flavor Flav Net Worth – Flavor Flav is an American musician, rapper, actor, comedian, and television personality. He rose to prominence as a member of the hip-hop group Public Enemy and earned wide recognition after featuring in the TV series Hype man. 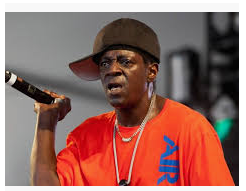 Flavor Flav was born on the 16th of March, 1959 in Roosevelt, New York in the United States. He was born with the birth name William Jonathan Drayton Jr. but his stage name is the one he has become famous for. Flav grew up in Freeport and was a child prodigy when it came to music.

He began playing the piano when he was five years old having taught himself the intricacies of musical notes on the instrument. Flav also sang in church and played a host of other instruments, and according to his friend, Chuck D, Flav played as many fifteen instruments.

He had a lot of run-ins with the law while he was a young lad, going in and out of jail. He dropped out of high school without graduating. Things began to look up for Flav when he met Carlton Ridenhour also known as Chuck D at Adelphi University. The pair of them bonded over music and they soon very much struck a chord that would make them famous.

Flav hooked up with Chuck on his hip-hop radio show in school and at the time Chuck left school, they had linked up with Norman Rogers and Richard Griffin who made up Public Enemy. The group got to work and they soon had their demo seating on the desk of Def Jam Records founder and producer, Rick Rubin. Luckily enough for the group, Rick was taken by their style and they signed a deal in 1986.

Flavor Flav has never been married and that is not to say that he has not had his fair share of relationships with a host of different women. At the moment, Flav lives with his current girlfriend, Elizabeth Trujillo in Las Vegas. Flav has seven children from the various relationships that he has been involved in.

The women who have had children for Flav over the years are Karen Ross, Angie Parker, and Elizabeth Trujillo. Karen Ross and Angie Parker each have three children for him and Liz had the final one. The children born to him are Quanah, Shanique, William, Kayla, Karen, Dazyna and Karma. Flav’s mother is Anna Drayton. She passed away on December 31, 2013, and while he was en route to his mother’s funeral a while later, he was arrested by authorities for speeding and it was discovered that he was not supposed to be driving as he had 16 suspensions on his driving license.

Flavor earned recognition as a founding member and hype man of the rap group Public Enemy. His first album was released in 1987 as Yo! Bum Rush the Show and came to prominence after releasing It Takes a Nation of Millions to Hold Us Back in 1988.

Moreover, Flavor also had some legal issues. He was imprisoned for 90 days for shooting at his neighbor, arrested on four outstanding misdemeanor warrants for different driving offenses, charged with domestic violence, cocaine and marijuana charges and much more.

Flavor Flav was a big hip-hop hit in the late 1980’s and the early 1990’s, his stock did actually fall in the mid-90’s going forward but by the time he moved to Los Angeles in the early 2000’s and took up television work, he began to gain a little bit more stability and popularity in his career. From his different ventures over the years, he has racked in an estimated net worth of $3 million.