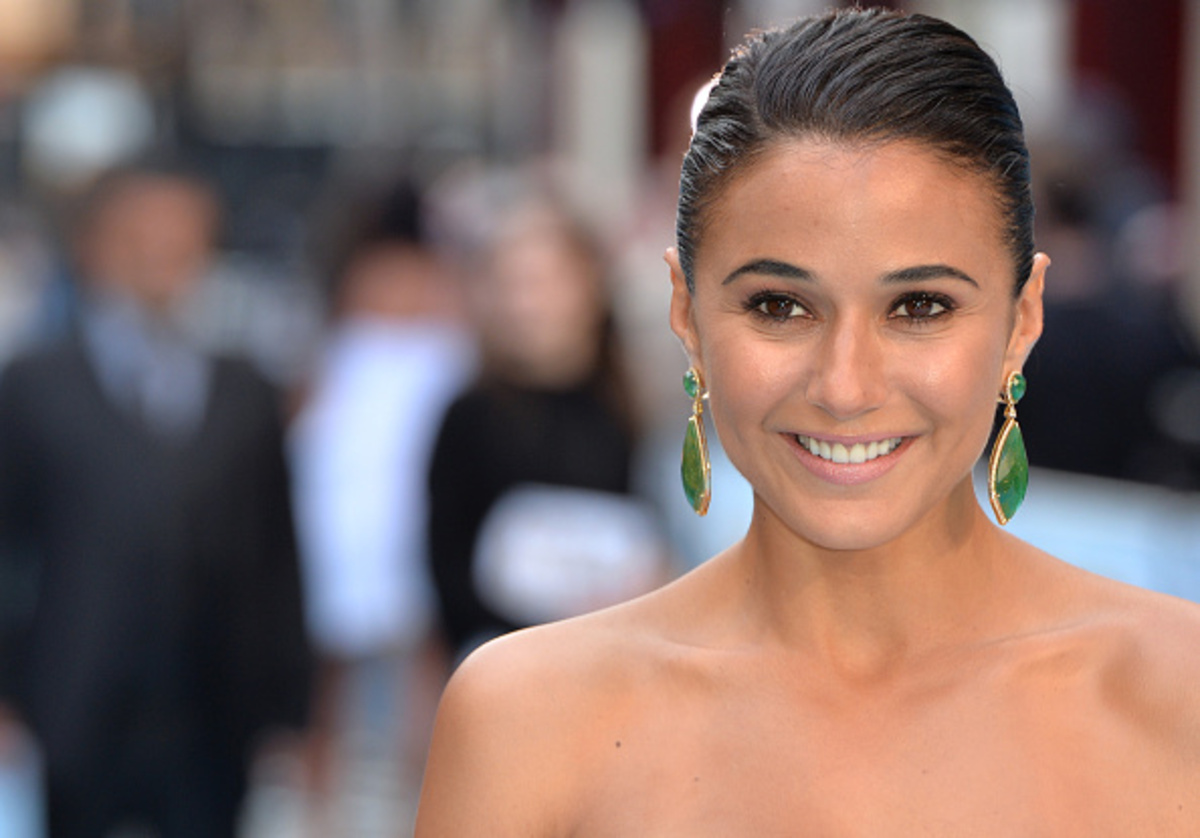 She was mainly popularized among fans and public after appearing on “The Mentalist”, a television series as Lorelei Martins. She was also ranked #1 on AskMen.com: Top 99 Most Desirable Women of 2010 Edition. 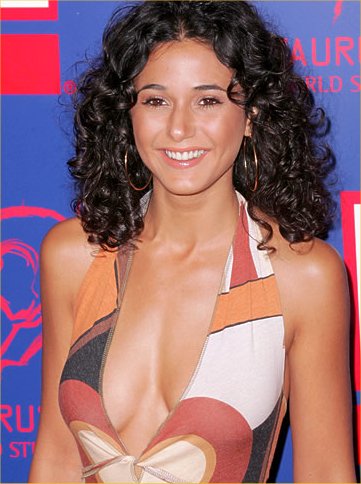 Chriqui grew up with her siblings an older sister, Laurence and an older brother, Serge in Markham, Ontario, a suburb northeast of the city.

Right from a young age Emmanuelle Chriqui knew she wanted to be an actor but her family’s financial condition did not permit her to take up acting lessons. However her older brother, Serge decided to pay for her classes.

Emmanuelle Chriqui is in a relationship with American actor, Adrian Bellani who is known for portraying as Miguel Lopez-Fitzgerald in the American television soap opera, Passions.

They began dating early in 2013, and they confirmed their relationship officially on 26th September 2013.  They first met through a mutual friend, and they became friends eventually.

Once there was a rumor that Chriqui broke up with her current boyfriend Adrian Bellani, but she denied the news and announced they are still in a relationship.

Previously, Chriqui has dated several other celebrities in between 2001 to 2007 such as J.C. Chasez, Jeremy Sisto, and Clifton Collins Jr.

Talking about her educational background, she attended Unionville High School where she also attended drama classes.

At the age of 10, Emmanuelle officially started her career with a commercial for McDonald’s. Despite doing a couple of more commercials, she did not receive the favorable response she was looking for and subsequently shifted to Vancouver and started to audition for shows. She took up a job as a waitress to keep her going until her film career started.

Ultimately she found her way to Hollywood through the movie “Detroit Rock City” (1999) which narrates a story about four teenage boys trying to attend a concert.

Her work in “100 Girls” earned her a Best Actress nomination at the Video Premier Awards. Unfortunately, things did not work in her favor when she got signed for Steven Spielberg’s movie “Artificial Intelligence: Al” but despite that, she managed to snag a lead role in “On the Line” (2001) in which she co-starred with Lance Bass and Joey Fatone.

The next movie she did was in 2003 when she co-starred with Eliza Dushku in “Wrong Turn”. She played the role of ‘Carly’ in the movie who is hunted by cannibals. Her next project was “The Crow: Wicked Prayer” in 2003 in which she co-starred with Edward Furlong, Dennis Hopper, and Tara Reid.

After that, she signed another lead role in “Adam & Eve” (2005), with Cameron Douglas, in which she plays the character of a girl who wants to stay a virgin. However, it is her role of ‘Sloan’ that Emmanuelle Chriqui is really known for. She came on board with HBO on their hit TV show, “Entourage” (2005) and managed to capture the hearts of a million fans.

Another big highlight of her film career was the movie “In the Mix” in which she played Dolly Parcelli. In 2008, she co-starred with Adam Sandler in the movie, “You Don’t Mess with the Zohan”.

Emmanuelle Chriqui has been able to prove that her works and appearances on the silver screen are no child’s play. For her performance in 100 Girls, she earned a nomination for Best Actress at the Video Premier Awards. In addition, she was nominated for the Choice Liplock Teen Award for the movie On the Line with Lance Bass.

She gained more prominence among fans and the common people after she won the Standout Performance Trophy at the Young Hollywood Awards in 2008.

Chriqui has been quite impressive in every role she has played till date. She has earned a huge amount of money from her successful career which accumulated her total net worth to $9 million dollars.