Emily VanCamp Net Worth – Emily Vancamp is a television and film actress of Candian origin. She has indeed carved a niche for herself on the small screen having appeared in several TV series such as Everwood, Brothers & Sisters and Revenge.

More recently, she was cast as the female lead of the Fox medical drama series The Resident which premiered in early 2018. 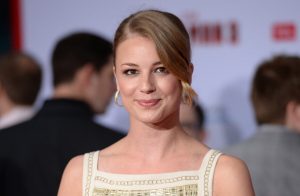 Emily VanCamp was born as Emily Irene VanCamp on May 12, 1986. She was born in Port Perry in Ontario in Canada. The name of her mother is Cindy. Similarly, her father’s name is Robert VanCamp. Robert work as an animal nutritionist.

Since an early age, she started dancing. Specifically, she started loving dance since the age of three. During her childhood, she grew up in her hometown. Moreover, she grew up in an English-French speaking family. For her education, she went to some school and college.

Mainly, she focused on dancing and learned dancing at Les Grands Ballets Canadiens. She has a mixed ethnicity of Belgian and Dutch descent. 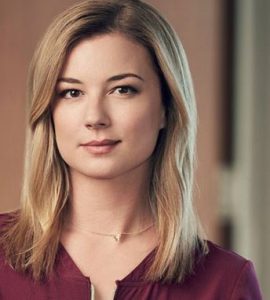 VanCamp’s interest in acting was birthed in 1998 when she visited her sister Katie on the set of a movie. Consequently, she began taking acting classes and also hired a talent agent.

After appearing in a number of TV commercials, she marked her professional acting debut in season 7 of the fantasy series Are You Afraid of the Dark? (2000).

This was followed by a role in the Emmy-nominated telefilm Jackie Bouvier Kennedy Onassis (2000) and a guest role in the sitcom Radio Active (2000). VanCamp marked her big screen debut in the drama film Lost and Delirious (2001) followed by minor roles in the horror series All Souls (2001) and the telefilm Redeemer (2002).

At age 15, Emily VanCamp landed her breakthrough role when she was cast as series regular Sam Dolan in the horror series Glory Days (2002).

The show was very much shortlived as it was canceled after just 9 episodes, however, it afforded VanCamp the opportunity to prove her worth. Her Glory Days performance caught the attention of prolific writer and filmmaker Greg Berlanti who gave her a spot on the main cast of his upcoming show Everwood. 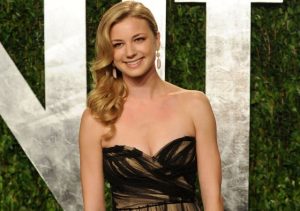 VanCamp’s main role as Amy Abbott during the 4-year course of Everwood (2002-06) earned her much acclaim including 4 Teen Choice Award nominations and 1 Young Artist Award nomination.

Emily VanCamp got her next major TV role in the ABC drama series Brothers & Sisters (2007-10) starring as Rebecca Harper.

During her 5-season run on the show, the talented actress also starred in the film Black Irish (2007) as well as the independent film Norman (2010) which earned her the Best Actress Awards at the San Diego Film Festival and the Breckenridge Festival of Film.

VanCamp landed another major TV role in 2011 when she was cast as Emily Thorne/ Amanda Clarke in the ABC series Revenge (2011-15). Her performance on the show had her nominated for 2 Teen Choice Awards and one People’s Choice Award.

While her TV career continued to flourish, VanCamp got her biggest movie role yet in the superhero film Captain America: The Winter Soldier (2014) starring as Sharon Carter/Agent 13.

The talented actress equally reprised her role in the film’s sequel  Captain America: Civil War (2016). She also had starring roles in other films like The Girl in the Book (2015) and Boundaries (2016).

In March 2017, VanCamp landed the female lead role in the medical drama series The Resident, starring as nurse practitioner Nic Nevin. Its first season debuted in January 2018 and after its conclusion in May 2018, the show was renewed for a second season.

Consequently, she has an estimated net worth of $8 million.