Eiichiro Oda Net Worth 2020 – Eiichiro Oda is a Japanese manga artist best known for his iconic work, One Piece. For those who may not be familiar with the term manga, it is a style of Japanese comic books and graphic novels, case in point include One Piece and Naruto. 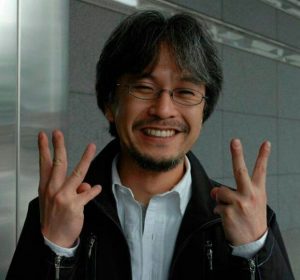 Oda’s signature work, One Piece is the best-selling manga in the history of manga series.

Born in Kumamoto, Kumamoto Prefecture, Japan on January 1, 1975, Eiichiro Oda decided from the tender age of 4 that he would become a manga artist and shunned every opportunity to get a “real job”.

It is fair to say his dream turned out alright. Oda through his life has had inspirations which have propelled him to where he is today.

The pirate interest evident in Oda and his work was sparked by the popular TV Animation series Vicky the Viking and his biggest influence in manga comes from Akira Toriyama and his series titled Dragon Ball.

Oda began his journey to manga royalty when he was a teen, at the age of seventeen to be precise. His first submitted work, Wanted! came in at second place in the coveted Tezuka Award as well as winning other prizes.

This achievement got him a job at Weekly Shonen Jump magazine, initially working as an assistant to Shinobu Kaitani’s series Police Gang.

By the time he was 19, Oda had started working with Nobuhiro Watsuki on Rurouni Kenshin. He had been previously with Mizu Tomodachi Kappaman and Masaya Tokuhiro on Jungle King Tar-chan.

After a few years of learning and improving his artistic style, in 1997, Oda began One Piece. It began serialization on the Weekly Shonen Jump and has gone on through the years to become the most popular manga in Japan and best-selling of all time.

One Piece tells the story of a young boy who has the desire to be King of the Pirates and sets off on a never-ending journey with Nakamas.

To give you an idea of how brilliant One Piece has been, let’s look at a few numbers. By February of 2005, One Piece had sold as much as 100 million collected tankōbon volumes.

Fast forward to six years, the figure reached over 200 million volumes. Its copies printed worldwide by December 2014 stood at a staggering 320, 866,000 and as at October 2017, it stood at a whopping 430 million volumes in circulation the world over. 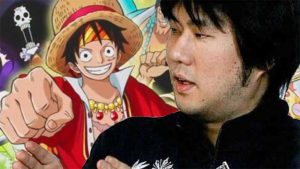