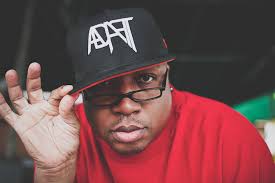 Earl Stevens is better known by his stage name E-40, who is from Vallejo, California. E-40 has been working in the music industry for over three decades. To date, the rapper has released more than 20 albums, six collaborative and also appeared in many movies. 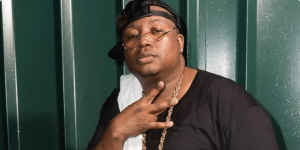 Born with a maiden name Earl Stevens on November 15, 1967, in Vallejo, California. Stevens is the founding members of the rap group The Click and founder of Sick Wid It Records.

Initially, E-40 released his debut rap album with an EP Let’s Side alongside his band The Click in 1986. Then, in 1992, the rap band released their second album Down and Dirty but mostly performed as an underground artist.

Thus, he got recognized after releasing his solo album  In a Major Way in 1995 and also received positive reviews from the audience. The album peaked at No. 2 on the Billboard Top R&B/Hip-Hop Albums and 13 on the Billboard 200, selling over 70,000 copies and was certified platinum by RIAA.

By 2012 and 2013 the Let’s Side rapper released three solo albums: The Block Brochure: Welcome to the Soil series 1, 2, 3, 4, 5 and 6, respectively and shortly after, he dropped a collaborative album.

His other music albums; Loyalty & Betrayal, Breakin’ News, The Ball Street Journal, Revenue Retrievin’: Day Shift franchise, Sharp On All 4 Corners: Corner 1 & 2, The D-Boy Diary: Book 1 & 2 and so on. Moreover, his two albums; The Rule of Thumb and Practice Makes Paper are scheduled to be released 2019.

Earl Stevens aka E-40 and his beautiful wife, Tracey Stevens have been married since 1991. The couple has been together for almost 28 years. Back in 2017, the rapper shared a wedding picture of them with a caption, “Today my Wife & I celebrate 26years of marriage 32years together.”

His wife is the sister-in-law of   D-Shot, Mugzi, and Suga-T. As of 2019, the couple has been together for 33 years together. He has a son named Droop-E. Though there is no sign of divorce and having an extramarital affair. 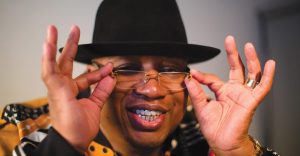 Along with his rap band, The Click released a total of three albums; Down and Dirty, Game Related, and Money & Muscle. After that, he collaborated with rapper Too Short and dropped two albums; History: Function Music and History: Mob Music in 2012.

E-40 is an American rapper, entrepreneur and investor who has a net worth of $10 million.