Dua Lipa Net Worth – Dua Lipa was officially the most streamed woman of 2017 in the UK which placed her as the favourite among other top female musicians in the industry.

Her rise to fame is best described as one born out of hard work, originality and a determination to succeed as it is evident in her lyrics where she sings mostly about her life experiences. 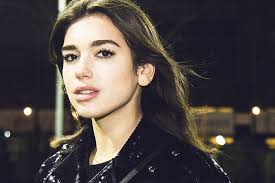 The English songwriter, singer and model was born on August 22nd, 1995 in London. She had part of her growing up in London during which she attended Sylvia Young Theatre School as a part-time student before moving back to her native home in Kosovo with her parents in 2008.

Two years later, she returned to London to pursue her career in music. She worked as a waitress while living by herself to make ends meet. She also found jobs to do as a model and later starred in a television commercial by 2013. While doing all these, in her spare time, she did cover songs of her favourite artists like P!nk and Nelly Furtado and posted them on YouTube.

This went on casually for some time as she gained more and more views and finally got noticed by Warner Music Group which subsequently signed her up.

Her family is an artistic one and she often listened to her father Dukagjin Lipa, who is a rock singer sing to her. Today, her genre includes Pop, indie pop, dream pop, synthpop and R&B. Dua Lipa has a sister named Rina and a brother named Gjin and they were all born to the same father and mother who are from Albania.

Their parents left Pristina, the capital and largest city of Kosovo for London in the 1990s due to instability and bad economic conditions. However, when things became a lot better, they returned back to their native land.

Dua Lipa has been reported to have dated British Chef and model Isaac Carew in the past. She also dated Paul Klien for 5 months but in January 2018, she broke up with him. Currently, she hasn’t revealed much about her relationship status and it can be simply assumed she is not dating anyone yet. 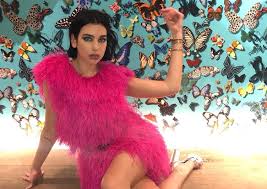 With Warner Music Group, Dua (which means love in Albania) released her first single titled New Love in August 2015. This was followed by her more successful second single titled Be the One in October 2015.

This second single launched her into global prominence. With the song being the number one hit song in Belgium, Slovakia and Poland at the time, it came up in the top 10 songs across 11 European countries and didn’t stop there but went on to be on repeat play in Australian and New Zealand for quite some time.

She released her 3rd and 4th singles in February and May of 2016 which were titled Last Dance and Hotter than Hell respectively. The later was indeed hotter than most other songs at the time as it became a hit song worldwide and peaked at number 15 in the UK.

She entered the US Billboard Hot 100 with her 5th album Blow Your Mind (Mwah) which made it at number 72 on the billboard. The single went on to the top at number 23 on the Billboard Dance Club Songs chart.

In more recent times, she collaborated with Sean Paul in the single No Lie in November 2016 and by January 2017, she released another single titled Scared to Be Lonely which featured Martin Garrix. A few months down the line, she launched her self-titled debut studio album on 2nd June 2017 which was released by Warner Bros Music.

The lyrical themes of the songs in the album were mainly about her personal views of love, sex, self-empowerment and rising above odds. The album contains 12 tracks which were mostly written by her.

Latter by December of 2017, with the success of the album and her previous songs, she was named the most streamed woman of 2017 in the UK by Spotify. 2018 will probably see yet another album from her which is sure not to disappoint.

Lipa’s career is young and vibrant. She hasn’t been around for long but has certainly achieved a lot within a short time frame than most others did. Her net worth considering the time she started making music is estimated to be $2 million.