Dorit Kemsley Net Worth – Love or hate Dorit Kemsley, you can’t argue that wine-drinking, British-sounding American is definitely one of the standout characters of the reality television series The Real Housewives of Beverly Hills. The polarizing reality star is as bold and controversial as she is all about the glam. 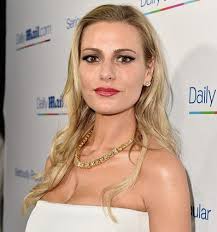 Kemsley is a fashion designer and television personality. The 90210 resident was born on July 16, 1976, in Woodridge, Connecticut. She did her high schooling and subsequent education at Quinnipiac University-School of Business in her home State of Connecticut.

Growing up, Dorit had an adventurous spirit; she dreamed of traveling the world. She finally made her dream a reality when at the age of 19, she left the shores of the United States. Dorit moved to Italy with nothing but determination and a degree in marketing, design, and communications. 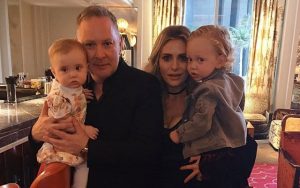 Dorit, who is a polyglot speaks three languages fluently, including English and Hebrew. She learned Hebrew from her father, Shalom Lemel and her American mother.

Dorit Kemsley has not been married before her union with Paul Kemsley. She met the English businessman in a restaurant in 2014, and they got married early the following year, in March 2015 in a lavish wedding in New York.

Paul Kemsley is a business magnate with interests in real estate, sports, and talent development. He serves as a Chairman for the newly resurrected American soccer club New York Cosmos. Prior to this, he has also served as Vice-Chairman for the English Premier league football giant Tottenham Hotspur.

Dorit and her millionaire Brit husband also run a management agency, Nixxi Entertainment. Their portfolio of clients includes the singing icon Boy George. The singer lives in the house with Doris and Paul, who run the agency from their Beverly Hills home.

The couple has two children, a son, Jagger, and a daughter, Phoenix. During one of the episodes in the shooting of the reality show, it was revealed that Dorit’s son, Jagger was suffering from some medical issues. It was later discovered to be a brain condition known as dyspraxia that impairs physical movements. 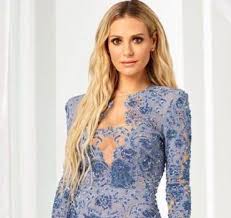 While in Italy, Dorit Kemsley took up employment in an international fashion outfit that specializes in making swimwear. She spent a decade with the company learning the ropes of the business.

By 2009, Kemsley decided it was time to be on her own. She relocated to New York with plans to start an eponymously named fashion outfit, Dorit International. Drawing from her wealth of experience in Italy, the fashionista decided to focus on making elegant swimwear and resort wear.

Her venture proved to be successful and was featured in 2013 edition of the Mercedez-Benz Fashion Week.

Dorit was already an independent woman and had built an enviable reputation by 2016, which in part qualified her to be part of the cast of the infamous reality show The Real Housewives of Beverly Hills.

She joined the show in its seventh season as a good friend to Lisa Vanderpump and as a replacement for Yolanda Hadid. The show also includes other housewives Camille Grammer, Kyle Richards, and Taylor Armstrong.

Since she came on board the Real Housewives franchise, Kelsey has become an integral part of the show’s success, and some would argue, indispensable.

The television personality is also a strong advocate for Safe Kids. It is an organization whose focus is to mitigate the risks of avoidable injuries among children in the country.

The ageless beauty has worked herself to the bone to get to where she is today. She already had a sizable empire of her own before she met her millionaire husband in the year before they got married.
Considering the success of her fashion company which she started in 2009 and the businesses she co-owns and runs with her husband, the couple is reported to have a combined net worth of about $242 million. Dorit’s personal net worth is valued at somewhere around the $50 million mark.