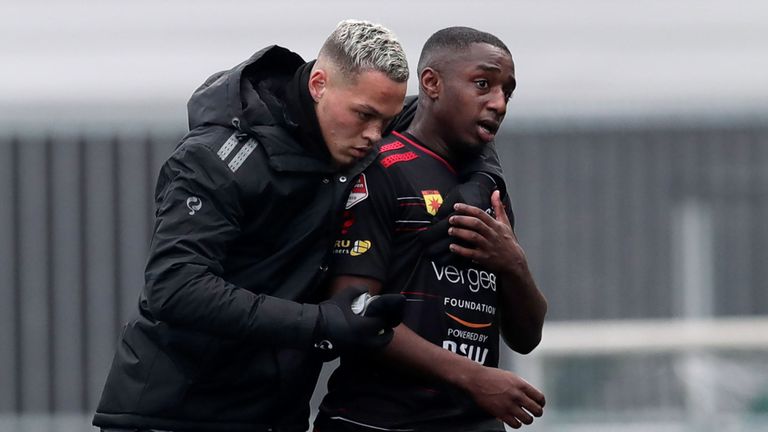 Memphis Depay has called for action to be taken after Excelsior striker Ahmad Mendes Moreira walked off in a game against Den Bosch after allegedly being racially abused by supporters.

Moreira was consoled by team-mates as he left the pitch following an incident near the home fans in the Eerste Divisie – the Dutch second division – clash. The game continued after a delay, with Moreira scoring to put his side 2-1 ahead in a match which eventually finished 3-3.

The Dutch FA has confirmed that it is investigating the incident and said the protocol for dealing with such instances was implemented correctly by the match officials. 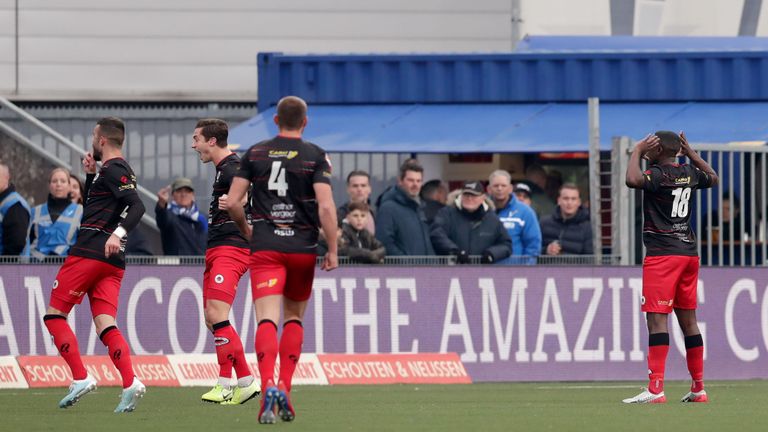 Den Bosch released a statement on Twitter saying they had launched an investigation and that the club condemns racism, while Depay tweeted that he was “sick and tired” of seeing such scenes and called on UEFA and the Dutch FA to act.

He said: “I’m sick and tired to see these images over and over! When is it going to stop!!? #SayNoToRacism @KNVB @OnsOranje @UEFA what we going to do? Especially with the upcoming @EURO2020.” 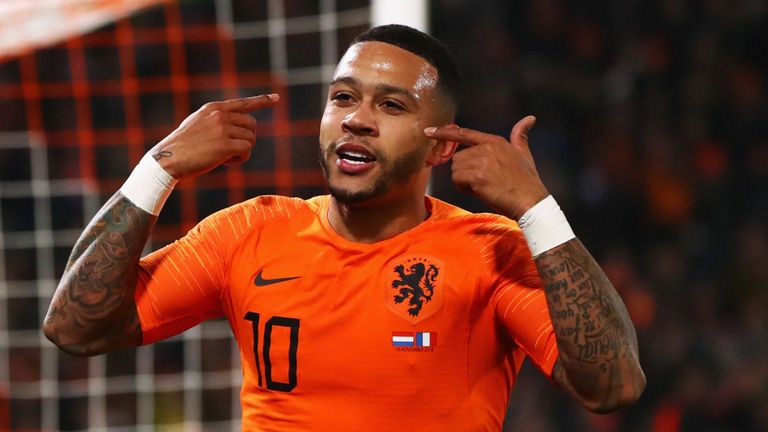 A KNVB statement said: “There is no room for racism in football. Unfortunately, racism is a social problem that sometimes also arises in football. This is at odds with what we want with sport: connecting people. That is why we are taking a crackdown on racism.

“Our protocol for supporters chanting has been used correctly on Sunday afternoon. Together with the club, we are now looking at how the perpetrators can be traced and dealt with. Finally, this incident will be further investigated through the independent disciplinary system.”

A Den Bosch tweet said: “The statements by Excelsior player Moreira prompted FC Den Bosch to conduct a further investigation to find out what exactly was called from the stands. FC Den Bosch emphasizes once again that it distances itself from discrimination and racism.”

‘He said that I am a pathetic man’

Moreira said: “He said that I am a pathetic man. Do you think we should accept this in 2019? I prefer to talk about the game, but I am just angry and disappointed that it still has to happen.”

However, Van der Ven insisted his comments related to Moreira’s goal celebration, in which he cupped his ears to the home supporters, rather than the incident beforehand but admitted he should not have said it.

“I didn’t think that was smart, because the game had already been stopped. Then it actually provoked a new reaction. That is why I said that, and afterwards it is not smart. But I am absolutely against racism, I want nothing to do with that.

“The fact that he went to the stands and stood very provocatively, while I didn’t know what exactly had happened before, I didn’t think that was such a smart action. That was actually the only reason I said that. It was not to deal with that boy, because he seems to me to be a very sweet and nice boy. I shouldn’t have said that, but it is getting blown up a bit at the moment. I am behind Mendes Moreira, 100 per cent. ”

Excelsior coach Ricardo Moniz praised referee Laurens Gerrets for how he handled the situation and called on Den Bosch to take action.

“The referee did that on his own initiative and not because we asked for it. I think it is a very good action from the referee and very brave of him,” he told De Telegraaf.

“You can see that the extreme right also exists in the Netherlands and is also sitting in the stands. These people are crazy, very sick in the head. And FC Den Bosch really needs to do something with that. As a club, you cannot ignore this. They really have to take action on this. If you try to put this under the table, it will only get worse.

“I have experienced it myself in the past, when I was a coach in Hungary and Poland. There were many more things like this before. I just approached our fans there and talked to them. That is the only way to tackle this. Clubs are often too lax and cowardly for this. But as a coach and players you have to have the courage to go to the supporters’ home and to talk to the fans who do these kinds of things.”