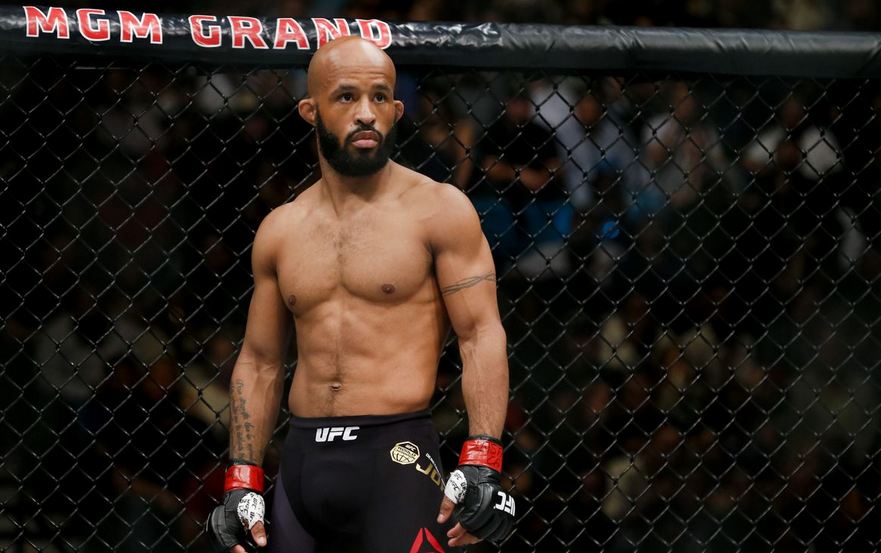 The shortest male fighter in his promotion, he is also known as one of the greatest mixed martial artists in the entire world. He was born on 13th August 1986 to a deaf mother and he never knew his father. 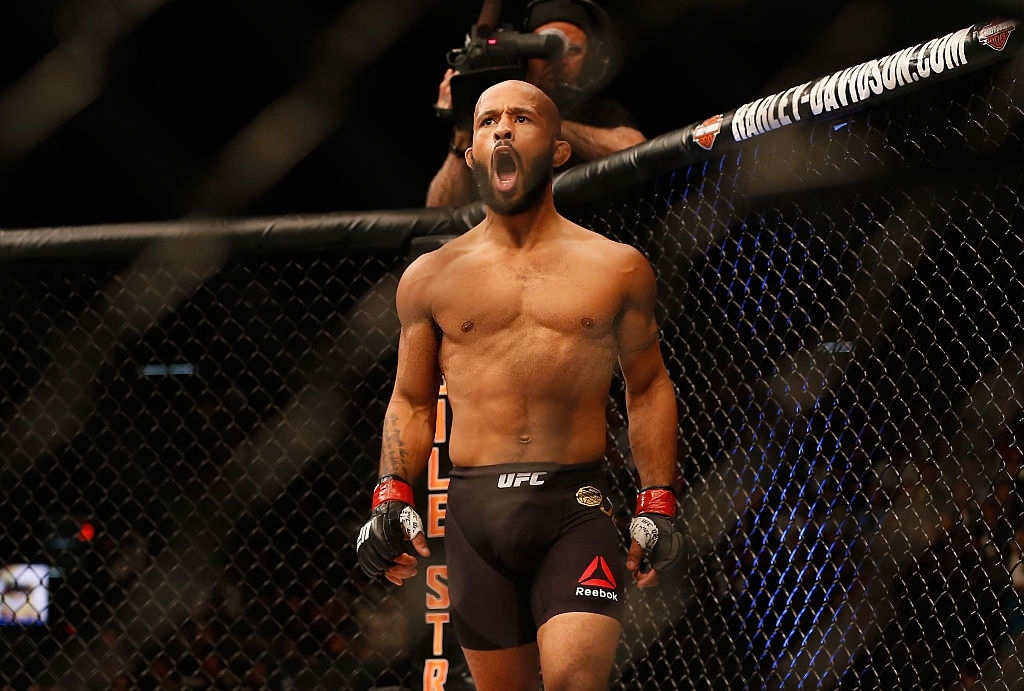 Demetrious Khrisna Johnson popularly known by his fans as Demetrious Johnson was born on the 13th day of August 1986 in Madisonville, Kentucky, US.

The Flyweight Champion who currently holds the pride of place as the longest championship reign at 11 titles was actually born premature, he came two months before his time and he is a native of America.

The renowned wrestler’s childhood was not a happy one, rather he remembers it as the worst time of his life because he was raised by a stepfather who can only be described as abusive alongside a mother who was described as deaf.

The worst part of it all was that he never met his real father not even for one day, not a picture or even a glimpse.

Demetrious Johnson and Destiny Bartles tied the nuptials on the 11th day of May 2012 in Hawaii.

Their union is blessed with two boys – Tyren Johnson born in 2013 and Maverick born in 2015.

Johnson’s high school education was accomplished at Washington High School in Parkland he stood out as an athlete in wrestling, track and cross country.

He took part in wrestling competitions, both in junior and senior classes for which the state awarded him with the 3rd and 2nd positions respectively.

Even though his interest in the cross country and track event were a form of exercise to improve his cardio for wrestling, he took part in the state championship for the two sports. 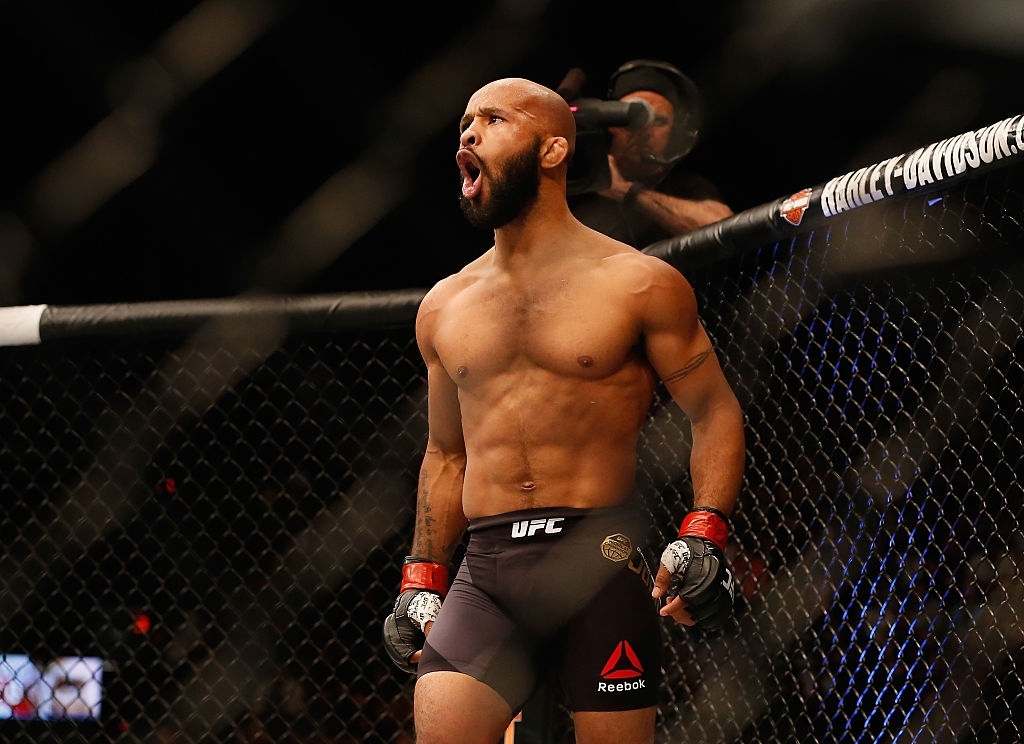 In 2007, Johnson started his career in mixed martial (MMA) where he won his first professional through his first-round knockout.

After his debut victory, he went on to win eight fights in a row, he also fought at the fighting championship in Alaska through which he earned a place at the World Extreme Cage fighting scheduled for 2010 which was his debut in the event.

Johnson encountered many loses in the course of his career, losing his first game was a big setback but he persevered and continued to train hard.

He eventually won the title of UFC Flyweight Champion in 2012 after he fought many fights, where he won some and lost some.

He has stayed an unbeatable Champion to date after his 2012 title of UFC Flyweight Champion.

Demetrious  Johnson has managed to beat the past UFC records of Anderson Silva in the past ten years of his wrestling career by defending his 11th title in a row.

The Flyweight Champion is known as one of the fastest fighters in NMA.

His instant striking and elusive movement have earned him a lot of recognition from fans and his freestyle wrestling base is enviable.

He has the phenomenal ability to counterstrike while standing within the pocket, he makes use of the Muay Thai Plumas as he blends a number of elbows side by side with upper body clinches.

He has many titles and awards to his credit in both mixed martial arts and wrestling competitions. In 2012, the renowned wrestler bagged no 1 in the worldwide ranking. 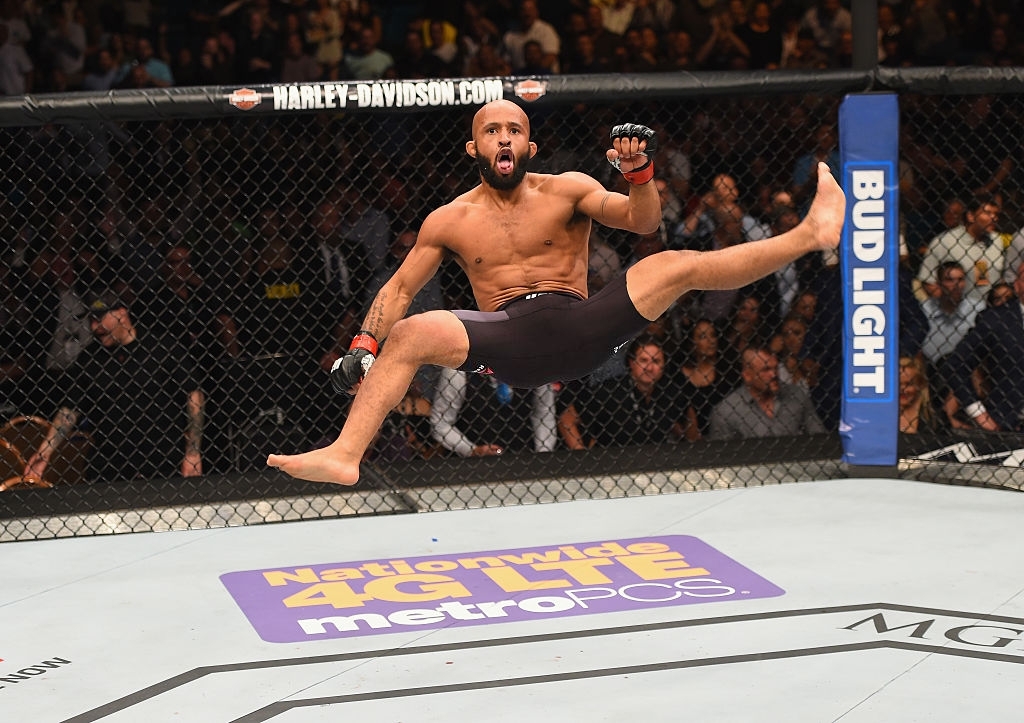 Demetrious Johnson has a net worth of $6 million.