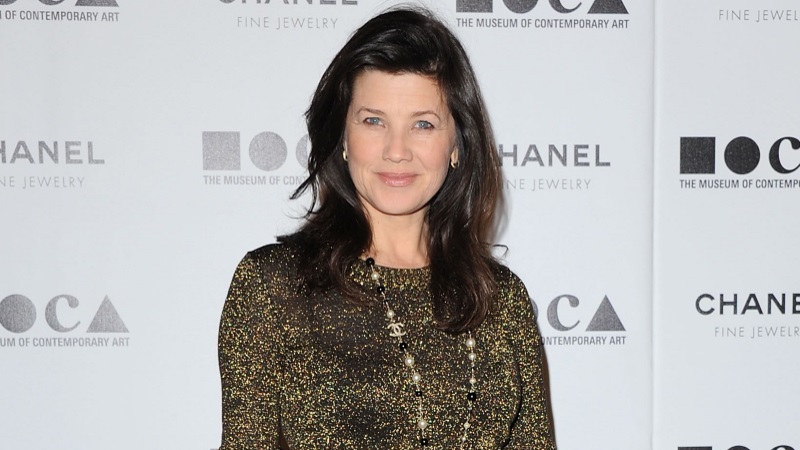 Daphne Zuniga Net Worth – Daphne Zuniga is a talented American actress and environmentalist. She has worked in various films and television series in her career and is best recognized by her fans for her portrayal of Jo Reynolds in an American primetime soap opera, Melrose Place. 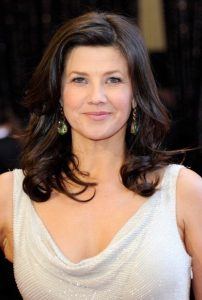 Daphne Zuniga was born as Daphne Eurydice Zuniga on October 28, 1962, in San Francisco, California, the U.S. She is the daughter of Agnes A. (née Janawicz) and Joaquin Alberto Zúñiga Mazariegos. She has a sister named Jennifer Zuniga, who is also an actress.

Her mother was a Unitarian minister belonging to the Finnish and Polish descent and her father was an emeritus professor of philosophy at California State University, East Bay, originally from Guatemala.

Daphne Zuniga, in her early teenage days, showed a keen interest in acting and attended the Young Conservatory Program of the American Conservatory Theater in San Francisco. She moved with her mother and sister from Berkeley, California, to Reading, Vermont, after her parents divorced. There, she spent the rest of her teen years.

She graduated from Woodstock Union High School in Woodstock, Vermont, in 1980. Following her graduation, she returned to California and enrolled at the University of California, Los Angeles to study theater arts. She was a close friend with actress Meg Ryan, after leaving the college.

Daphne Zuniga is an unmarried woman. Her trademark is Raven dark hair and has a deep smoky voice. Her blue eyes are also the source of attraction to her fans. She is reportedly single at present, but in the past, she had an affair with two of her boyfriends but did not get married.

Daphne Zuniga for the first time dated Jason Gedrick in the year 1986. However, the relationship did not last for a long time. Soon after she broke up, she began dating to Emilio Estevez. They ended their relationship after a long time affair. There is no confirmed information regarding her current relationship status.

Daphne Zuniga attends private Buddhist meditation to manage stress in her life. She suffered from mercury poisoning in 2004, which she attributed to overconsumption of fish.

Daphne said that she had eaten sushi four times in the week prior to being taken to the emergency room and that her symptoms included weak memory, headaches, crying spells, skin rashes, and mild depression. She stopped consuming fish in addition to other meat after her diagnosis. 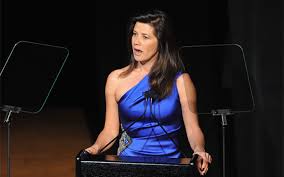 Daphne Zuniga started her career from Stephen Carpenter’s slasher movie, The Dorm That Dripped Blood, in 1982. She played the supporting role as college coed in the movie. She made her lead debut two years later in another college-themed slasher, The Initiation, co-starring Vera Miles and Clu Gulager, among others.

She then appeared in the drama Vision Quest in 1985, starring Matthew Modine, Linda Fiorentino, and Michael Schoeffling among others.

She had a lead role as Alison Bradbury in a 1985 American comedy, The Sure Thing. She starred alongside John Cusack, Viveca Lindfors, and Nicollette Sheridan, among others.

Daphne Zuniga has appeared in other movies such as Stone Pillow, Modern Girls, Spaceballs, Last Rites, The Fly II, Staying Together, Mad at the Moon, and many others.

Daphne Zuniga debuted on television in two of the episodes of an American sitcom, Family Ties in 1982. The series starred Meredith Baxter, Michael Gross, Michael J. Fox, and Justine Bateman, among others.

She starred alongside Linde Ashby, Josie Bissett, Thomas Calabro, David Charvet, Brooke Langton, and Vanessa A. Williams, among others, in 1990 series named Melrose Place. She got much appreciation in the series due to her natural and absolute way of acting.

She also appeared in an episode of series such as Dead Man’s Gun, Spin City, The Outer Limits, Batman Beyond, Law & Order: Special Victims Unit, and Eve. Her other regular roles in television include American Dreams, Beautiful People, Spaceballs: The Animated Series, and One Tree Hill.

Daphne Zuniga’s net worth is around $3 million at present.  She has added a good sum of salary from her career. She is most widely recognized for her co-starring roles on Melrose Place, American Dreams, and One Tree Hill, and for her work in such films as Vision Quest, Spaceballs, and Staying Together.

Some of her television projects include Family Ties, Models Inc., and The Outer Limits, and the television movies, Stone Pillow, Christmas Do-Over, and Mail Order Bride. Moreover, she also has dogs.