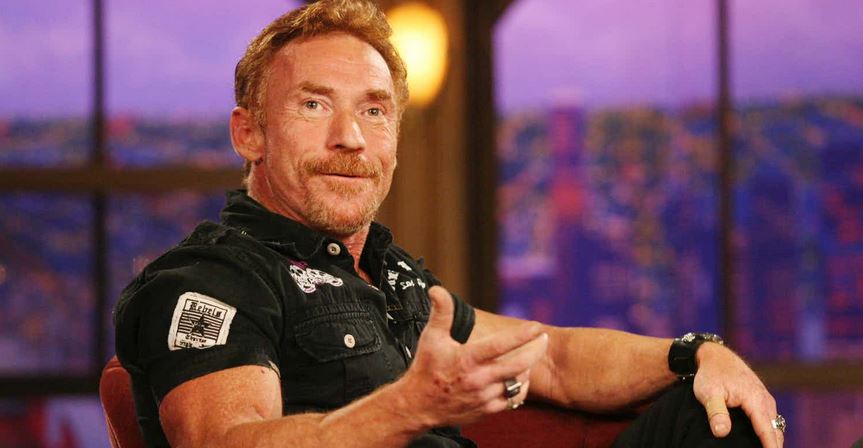 Danny Bonaduce Net Worth 2020 – Danny Bonaduce is a TV personality and actor who most viewers will remember from the show The Partridge Family.

Danny Bonaduce‘s first marriage was to Setsuko Hattori in 1985, and the couple divorced a few years later. He was married to second wife Gretchen for more than 18 years and together they have two children: Countess Isabella and Count Dante.

Gretchen filed for divorce from the former child star in April 2007 citing irreconcilable differences. The couple’s relationship was the focus of the reality show, Breaking Bonaduce.

The child actor first appeared on television in commercials and on such shows as Bewitched and Mayberry R.F.D. Cast as the wise-cracking Danny Partridge, he shot to stardom as part of the hit show The Partridge Family in 1970. Shirley Jones led the cast as the mother of the performing family.

After the show ended in 1974, Bonaduce made numerous television guest appearances on Police Story, CHiPs, Fantasy Island and Eight Is Enough among other programs.

Like many child stars, Bonaduce had a hard time getting work and got into drugs and other sorts of trouble. He was arrested several times for assault and drug possession, including a 1991 arrest for assaulting a transvestite in Phoenix.

By the late 1980s, Bonaduce found a new career in radio. His gravelly voice, sense of humor, and frank style of talking led to a series of disc jockey jobs, beginning in Philadelphia. While working in at a station in Phoenix, Bonaduce met Gretchen Hillmer.

The two got married on a blind date in 1990. He then moved to jobs in Detroit, New York, and Chicago. In 2000, he ended up in Los Angeles on the highly-rated The Jamie and Danny Show.

Besides his successful L.A. radio job, Bonaduce took on several new projects. He wrote about his experiences in his 2001 autobiography Random Acts of Badness and served as one of the hosts of The Other Half, a talk show, with Dick Clark and Mario Lopez—another former child star.

In 2002, Bonaduce took on Barry Williams, who played Greg on The Brady Bunch, in a televised boxing match.

In 2005, Bonaduce was fired from his radio program and opened his private life for public viewing. He starred in the reality television series Breaking Bonaduce on the VH1 cable network.

The cameras followed him everywhere as he struggled with drugs and alcohol and tries to save his marriage to wife Gretchen. The filming of the show continued even after Bonaduce attempted suicide.

Despite his dark moods, Bonaduce seems to be a survivor and continues to bounce back after each setback. Breaking Bonaduce returned for a second season in 2006 with a clean and sober Bonaduce still wrestling his demons.

That same year, he became the host of Starface, a game show that tests contestants on their celebrity knowledge. In January 2007, Bonaduce returned to radio, joining the crew of The Adam Carolla Show on Los Angeles’ KLSX-FM.

Danny Bonaduce has an estimated net worth of around $3 million