Curry Family Members and Net Worth – Stephen Curry is an American professional basketball player from Ohio, who initially gained recognition when he started to play basketball for Davidson. As of 2019, Stephen Curry’s net worth is roughly $90 million, and he is currently playing for the NBA team Golden State Warriors.

Curry Family Members and Net Worth 2019 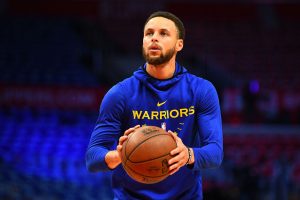 Her name is known to each basketball fan, because she is a wife of NBA legend Stephen Curry. It’s hard to believe in it now, but in her young years Ayesha didn’t know anything about this popular game, and visited the first basketball match at the age of 19. Yes, it was her famous boyfriend Stephen Curry, who invited the girl to see with her own eyes the play, which had become an inseparable part of his life.

Ten years passed from that day, and now we know Stephen and Ayesha Curry as one of the strongest couples among athletes. In addition, they are happy parents of 3 kids. But how did that all start?

Ayesha Alexander was born in Toronto, Canada. Later her parents moved to North Carolina, USA. Ayesha grew up alongside 2 brothers and 2 sisters.

She was a very pious girl and visited church every Sunday. There she met a handsome faithful young man, with whom she made friends. As later Stephen Curry confessed, he fell in love with olive-skinned girl Ayesha immediately, but he thought, she was too good for him. In addition, her parents forbade the girl to date anyone till the end of a high school.

Ayesha Alexander and Stephen Curry parted their ways, when he left their hometown Charlotte and moved to Davidson to study at the college and play for the basketball team there.

She finished the school too and started career of a model and actress. The girl moved to Los Angeles, and met there Stephen, who came to the same city for ESPYS sports awards ceremony. They were so glad to see each other and gradually began to communicate again. At first it was just friendship, and later turned into great passion and love.

They wedded on July 30, 2011 and till now remain a loving beautiful couple.

Stephen Curry never gets tired to tell, that Ayesha is a very supportive wife. “I am blessed with a woman, who is ready to travel with me and to follow me”, he said.

But her deep love to her husband doesn’t prevent Ayesha from developing her own interests. Nowadays she is not just a mother of 3, she is also a famous chef and blogger. The woman hosts her own YouTube channel LittleLightsofMine, where she shares the personal moments of her life and great recipes.

Riley was born in one of the hospitals of Charlotte, North Carolina. The girl spent her young years in her parents’ hometown.

Riley is too young to have any career achievements as for now. But the cute girl has already won hearts of numerous fans, when she attended the NBA Finals with her father. She looked so marvelous, checked her look in the trophy reflection and danced. So, it seems, small Riley has already started her way to stardom. 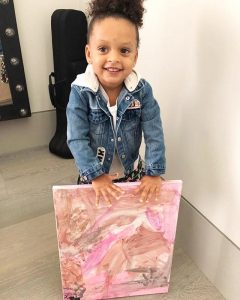 The second daughter of Ayesha and Stephen Curry is just 3 years old. She was born in Oakland, CA. The girl’s face has become famous, when her father uploaded her pics to his Instagram account.

The youngest member of Curry family is just 15 months old. The third kid and first son of the Golden States Warriors leading player, Canon has become one of the most expected babies of the year.
Ayesha announced about her third pregnancy through social media in February, 2018. The baby boy was born a little earlier, that he was expected. With such great genes of little Canon, he has a chance to become a famous athlete – and not just because of his father, but because of his grandfather Dell too.

Who are Stephen Curry Parents? 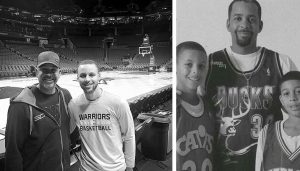 Wardell Stephen Curry I is a basketball star for many people worldwide, and Papa Curry for his family members. It was Dell, who started the basketball era in his family.

Stephen Curry’s father was born in Harrisonburg, Virginia. Soon after his birth Curry family moved to Grottoes, Virginia, where Dell started to play for the school basketball team and gained the glory of the best player in school history. He played baseball too.

After graduation from school, he entered Virginia Tech College and continued playing baseball and basketball there. Dell finished his education in 1986 and was immediately drafted by Utah Jazz. A year later the talented player was traded by the Cleveland Cavaliers.

Dell’s basketball career lasted from 1986 till 2002. During these years he played for reputable basketball teams and added to each of them some kudos through his involvement.

He earned a number of prestigious awards, including the star at Virginia Sports Hall of Fame. Nowadays Dell serves as a sports commentator. He is also a famous philanthropist, who founded the Dell Curry Foundation, which supports talented young people.

Dell Curry is not just a sports star, he is a devoted family man, a father of three kids. He has been married to his wife Sonya Curry since 1988. 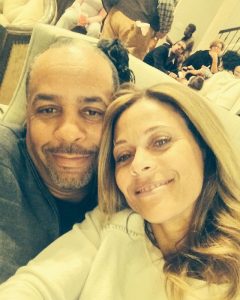 The pretty woman with an open pleasant smile can be proud of herself! Nee Sonya Adams is a wife of a former NBA player Dell Curry and a mother of two current NBA stars Stephen Curry and his younger brother Seth. In addition, Sonya is a former volleyball player and a current school administrator.

This talented woman was born in Radford, Virginia in the family of Cleive and Candy Adams. Sonya has two siblings. She was educated at Radford High School and then entered Virginia Tech College after graduation. There she met the future father of her kids Dell Curry.

They wedded in 1988 after several years of dating. That very year Sonya gave a birth to her eldest son Stephen. Later her husband and she welcomed the second son and the daughter too.

At first Sonya devoted all her free time to her kids, but when they became a little older, she decided to start her own career. In 1995 the woman opened her own school, based on the ideas of a famous educator Maria Montessori. By the way, Stephen Curry started his education at his mother’s school.

In 2017 Sonya gave a rare interview, where she told, how she managed to bring up a basketball star. She told that she had always been not just a mother, but a supporter and discipline pointer for him too. Till now she supports her son and tells him to focus before each his game. “He is not so soft, as some people think”, she says. 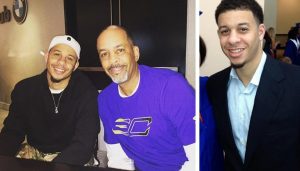 Sonya and Dell Curry gave the world not just one NBA boy, but two of them. Seth Curry, Stephen’s younger brother, is also a talented basketball player.

Seth Adham Curry was born two years later after his legendary brother Steph. He grew up in North Carolina and got used to practice sports in his early years, inspired by his father Dell. That time Dell Curry played for the Charlotte Hornets.

Seth was educated at Charlotte Christian School. He started to play for school basketball team there, and from the earliest age he was obviously talented.

He continued to play basketball during his years at Liberty University and at Duke University, where he transferred in 2008.

Stephen Curry brother started to play basketball professionally in 2013, when he was signed by Santa Cruz Warriors.

He changed a number of teams, and in 2018 started to perform for Trail Blazzers (Portland). He signed 2-year deal with the team and performs under the number 31.

Seth Curry is not married, but he has already become a father. His girlfriend Callie Rivers, the daughter of a famous coach Doc Rivers, gave a birth to a sweet baby girl Carter Lynn Curry on May 9, 2018. 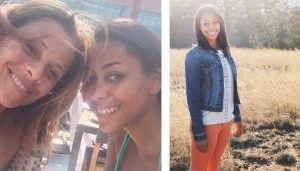 The member of an athletic family, Sydel is familiar with sports too. She played for volleyball team during her years at Elon University and planned to make professional career in this area, but had to forget about her dream because of a knee injury.

Sydel is the only girl and youngest kid in Curry family. She attended Charlotte Christian School and studied psychology at Elon University.

Having retired from professional sports, Sydel worked in her mother’s Montessory School. Later Steph’s sister founded her own brand “A Curry Girl”.

In September, 2018 Sydel plans to go down the aisles. She is engaged to a basketball player Damion Lee, whom she met at a Philadelphia arena, while she was watching the game of her older brother Seth. Sydel Curry is a very faithful person.