She is well-known for her website “The Purist” through which she teaches people about healthy living being a wellness expert herself. 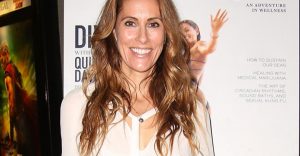 Cristina was born on 12th January 1970 to Rainer Greeven (father) and Regina(mother) in New York, the USA. Her father Rainer  Greeven is an attorney.

She holds an American nationality though she comes from a Brazilian and German descent. The other records of her childhood are not available at the current time. 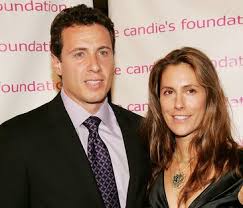 She had married her long-term boyfriend Chris Cuomo on November 24, 2001. Her marriage was done in a Catholic ceremony held at the Sacred Heart of Jesus and Mary Catholic Church, Southampton, New York.

Currently, she lived in Manhattan with her husband Chris Cuomo along with their three children namely Bella Cuomo, Carolina Regina Cuomo, and Mario Cuomo.

From a young age, she had shown a keen interest in writing, not just writing but writing creatively. This is why she immediately started her career as a writer immediately after graduating from Cornell University in the year 1992.

Firstly, she started her career as a writer and magazine editor in New York City, then she worked as the Vice Chairman of Niche Media LLC before collaborating with Jason Binn in 2001 to launch all of its publication.

She also worked as a Publisher and Editor-in-Chief of the lifestyle magazine namely Manhattan File for seven years and served as a founder of the same magazine.

Cristina Greeven Cuomo serviced on Gotham and Hampton Magazines at Niche Media Holdings, LLC as an Editorial Director. She also serviced at the different departments like Marketing, event promotions, advertising and editorial branding in the Niche Media model with respect to the market.

She also developed her own website called The Purist (thepuristonline.com) in the wellness niche of content marketing after a couple of years in various media organizations.

Currently, she serviced for Delta and app-based helicopter service Blade to star in a new female-empowered ad where her performance was nonetheless perfect.

Cristina serviced for an internationally renowned line of skin products called Natura Bisse as a US ambassador before working for Delta and app-based helicopter service.

There are no records available at the current time regarding her salary and net worth. But her husband’s net worth is estimated to be $9 million.