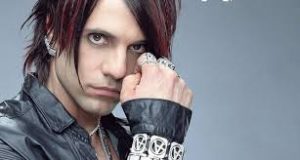 Criss Angel is an American illusionist, magician and actor who has a net worth of $50 million dollars. Criss Angel was born Christopher Nicholas Sarantakos on December 19, 1967 in Hempstead on Long Island, New York. He is the star and creator of the A&E network show Criss Angel Mindfreak.

Angel’s Aunt Stella first introduced him to magic at age 7, after teaching him a card trick.

Angel’s interest in magic grew, and by the time he graduated from East Meadow High School he wanted to be a professional magician. Criss Angel Mindfreak premiered on July 20, 2005 and ran 96 episodes until 2010.

Criss Angel Mindfreak Seasons 1 and 2 were filmed at The Aladdin in Las Vegas, and Season 3 was filmed at the Luxor Las Vegas. While working at the Luxor, Criss also collaborated with Cirque du Soleil to create the live performance show “Criss Angel Believe”.

“Believe” premiered on October 31, 2008 to mostly mixed reviews. Many critics felt “Believe” was the weakest of the Cirque du Soleil Vegas shows. People criticized the show for being confusing and at times boring. Despite the harsh reviews, more than $5 million worth of advance tickets were sold out months in advance.

The show is scheduled to run 4600 performances over a 10 year run in the Luxor’s 1600 person theater. It is the sixth official act organized by Cirque du Soleil. Criss Angel has made numerous special guest appearances on various television shows including CSI:NY, The Oprah Winfrey Show, The Late Late Show with Craig Ferguson, WWE RAW, The Ellen DeGeneres Show, The Megan Mullally Show, and Larry King Live. 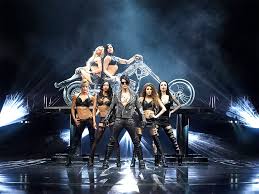 He also was the star of a Orville Redenbacher popcorn commercial in 2011. He has been married twice, once to a long term girlfriend named JoAnn Winkhart and more recently to Sandra Gonzalez. In between the two marriages, Criss dated former Playboy Playmate Holly Madison for one year. After their relationship ended, Holly met and eventually married Las Vegas music promoter Pasquale Rotella.