Craig Sheffer Net Worth 2020 – Craig Sheffer is an American actor and producer known for his roles in Nightbreed,  A River Runs Through It and Demolition Man. Furthermore, he is known as Keith Scott in TV series, One Tree Hill. 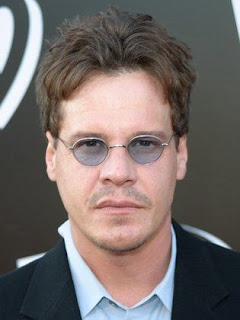 Sheffer was born on April 23, 1960, in  York, White Rose City, Pennsylvania, USA. His parents were Rok Sheffer and Anna Sheffer. He has a sibling brother, Hogan Sheffer who is also a TV actor.

Sheffer was educated from York Suburban High School and later he abanded from  East Stroudsburg State University after the first semester.

At the urging and insistence of his girlfriend, Craig moved to New York in 1980 to better his career. His thinking was that New York offered him more opportunities in Show Biz. This, in the long run, turned out to be a good move but in the short term, it was a difficult adventure.

Just after arriving New York, he lost his job and had to wander around homeless, selling newspapers to survive. During this phase; he said he had to sleep under the marble staircase in the Grand Central Station.

Months later things eased off a bit as he found an agent who believed in his abilities enough to help him find roles of little acting jobs in commercials.

Craig Sheffer first came into national consciousness when he played the role of Ian Hayden on the ABC daytime soap opera One Life to Live, he followed that up with an impressive display on the 1983 prime time serial The Hamptons.

His first foray into films was in 1985 as the best friend of troubled teenager Emilio Estevez in That Was Then… This Is Now. He also starred as a reformatory camp inmate in Fire with Fire, in 1985 he played an antagonistic rich kid in Some Kind of Wonderful.

The jobs kept pouring in, but his life took a twist when in 1990 he was diagnosed with Cancer. During this time, Craig took time off his professional engagements, travelling to India and parts of Europe.

He has since been very silent on his battle with cancer. In fact, he has given little or no follow-up information. This has led to many people doubting whether he really did have cancer.

Most cancer survivors are vocal and open about their struggle to overcome the ailment, Sheffer however, has said absolutely nothing.

One of his most popular works is the portrayal of Keith Scott on the CW Network series One Tree Hill. Sheffer was a regular for three seasons; his character was, however, killed halfway through season 3, but he did make several guest appearances in season 4.

His most recent appearance is starring alongside Steven Seagal in Code of Honor.

One of the lesser-known facts about him is that he has had a stint as a film director in the dark comedy, American Crude.

Craig Sheffer is an American actor who has a net worth of $1 million.