Cole LaBrant Net Worth – Cole LaBrant is a Vine star who rose to immense internet fame from posting short videos about himself and his family online.

Ever since Cole and his family stormed the spotlight, many Americans have taken a break from the famous Kardashian family and this goes a long way to tell you how much the LaBrant family is loved by internet users. 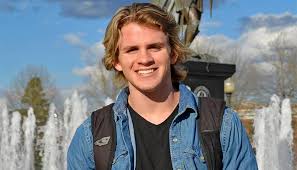 The veteran Viner is the son of Sheri LaBrant and Ken LaBrant. He was born on August 21, 1996, in Alabama, US, which makes his nationality American.

Cole, who is of White ethnicity, has five siblings – four brothers and one sister, whose name Lily LaBrant. His brothers’ names are  Jack LaBrant, Tate LaBrant, Luke LaBrant, and Cole LaBrant.

Ken and Sheri, together with their children, are all active on the social media and are popularly known as The LaBrant Family.

Cole graduated from Enterprise High School, in Alabama and is currently studying at Troy University, a public university in Troy, Alabama. 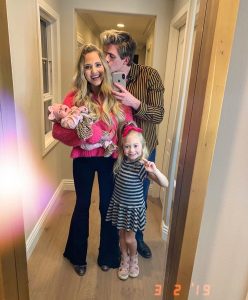 The social media influencer is married to an American Vlogger and internet personality, Savannah Soutas in July 2017. Cole and Savannah met for the first time back in 2016, started dating each other since then.

Cole is 5 years younger than his wife and after a year, the couple finally said ‘I do’ and became officially wife and husband in 2017. They have been living happily together for four years with their kids.

The duo even filmed their wedding videos in which their cute daughter also featured and posted on his YouTube, has garnered 33 million views.

Cole LeBrant began his career on social media as a Vine content creator with his close friends Baylor Barnes and John Stephen Grice, formed a collaborative trio, Dem White Boyz. The Dem White Boyz quickly became popular on the youth. After that, he created a YouTube channel ‘The LeBrant Family’ in 2012 and started making and uploading videos.

He completed in ‘The Amazing Race 28’ together with his mother in 2016 and also collaborated with his siblings and posted on his channel. His channel has more than 8 million subscribers and 2 billion views. On his YouTube, Cole posts contents like Q&A, prank videos challenge, day-to-day activities, travel and many more.

Moreover, Cole is interested in modeling so in 2013, he signed a contract with Water Bluff Clothing, Co.

Cole also runs a family channel called ‘Cole & Sav’ and featured his wife and children. Cole and Sav announced via YouTube that they were expecting their first child on May 9, 2018.

The internet sensation’s fortune is valued at $2.5 million. LaBrant made his money from his wealth of internet business sources and advertisement offerings.