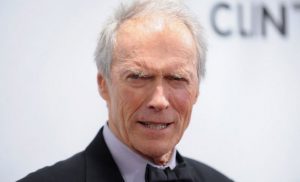 Clinton ‘Clint’ Eastwood was born in San Francisco on the 31st of May, 1930. Eastwood is the son to Clinton Eastwood, Sr. and Margaret Ruth. While his father was a migrant worker, his mother was employed at a factory.

Eastwood attended Oakland Technical High School, and during this time he took up various odd jobs such as a lifeguard, paper carrier, forest firefighter and golf caddy. When he turned 20 years old, he was called for military duty at the Army Special Services.

His movie career started after he left the army in 1953. After being encouraged by his friends in the army, Clint went for a screen test at Universal Studios. He was soon chosen to play a role in movies Revenge of the Creature and Tarantula.

During this time, he still did odd jobs like digging swimming pools to add to his little income. In 1958, he got a major role in the series Rawhide. But his major breakthrough came in the 60s when he accepted the elliptical “Man with No Name” role in a trilogy of westerns; A Fistful of Dollars (1964), For a Few Dollars More (1965), and The Good, the Bad and the Ugly (1966). 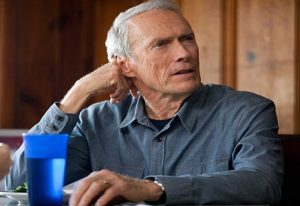 After those, Eastwood had risen to a known figure in the industry and started getting more roles like Hang ‘Em High, Where Eagles Dare, and Coogan’s Bluff – all in 1968.

Clint Eastwood made his debut in directing in 1971 with the movie Play Misty for Me. With the establishment of his own production house, Malpaso Productions, Eastwood became a full-fledged producer making films of various genres.

One of his notable movies is his Million Dollar Baby (2004) which exceeded expectations and grossed millions of dollars, as well as garnered lots of accolades including the Academy Awards.

In 2006, Eastwood began to work with Steven Spielberg. They later came up with two films depicting World War II, ‘Flags of the Fathers’ and its sequel ‘letters from Iwo Jima’. Both of the films were well received by the audience. 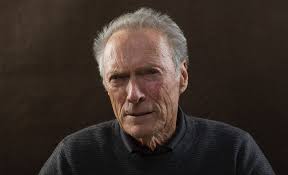 Two years later, Eastwood starred in the film ‘Gran Torino’. The film was a big success at the box office, grossing over $268 million in theatres worldwide.

In 2010, the film ‘Hereafter’ was released, and the following year, he released a biopic of FBI director J. Edgar Hoover, which starred Leonardo DiCaprio.

As of 2019, Clinton Eastwood’s net worth is estimated to be roughly $375 million dollars.

Eastwood is one of the most well-known actors in history.