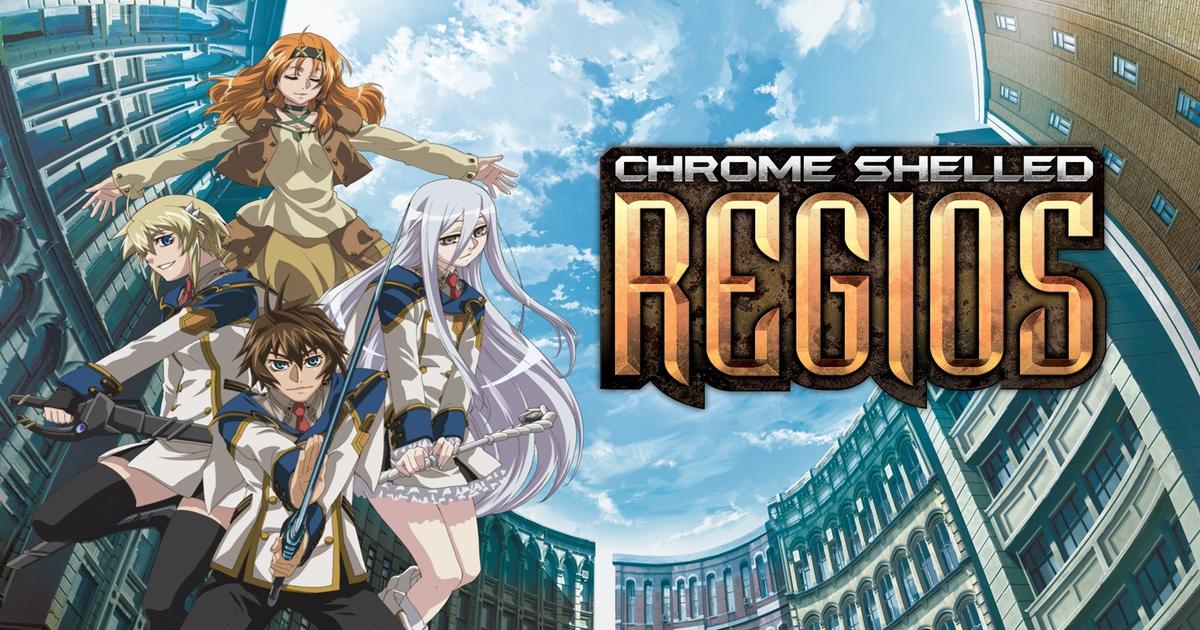 While the whole concept of post-apocalyptic worlds has been explored in several different forms of entertainment and in the case of anime, it becomes more of a strange land because of the unpredictability that it holds.

Unfortunately, this approach makes its plot very mundane and most of its arcs lead nowhere.

Though it does not really live up to its full potential with its storyline, what’s really appreciable about it is its high standard artwork.

The level of detailing in all of its backgrounds and characters remains consistent throughout and its representation of its desolate apocalyptic world creates the perfect atmosphere for what it’s trying to portray.

‘Chrome Shelled Regios’ certainly has a bright future if it manages to address some of its evident flaws in the future. Speaking of which, to know more about its sequels, read the next section. 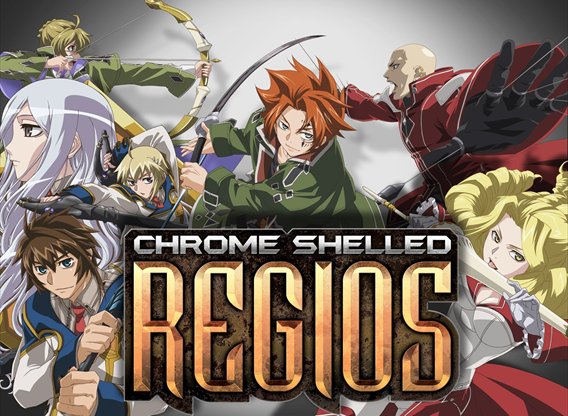 Chrome Shelled Regios Season 2 Release Date: When will it premiere?

If we solely consider its popularity and how well it was received after its first season, season 2 seems likely.

But if we look at the closed ending of season 2, it seems like the Studio never had the intention of creating more of it.

Also, while most anime shows today split their two-cours into two different seasons with 12 episodes in each, ‘Chrome Shelled Regios’ features all of its 24 episodes in just one season.

Despite its popularity, the anime received a fairly average rating on most platforms and even its DVD sales have been mediocre.

It’s been over a decade now since its initial release and from the looks of it, it will probably never be renewed.

Even then, in the future, if we get any confirmation regarding chrome Shelled Regios’ season 2, we will surely update it here in this section.

Till then, you should check out the anime on our list of other similar fantasy shows.

The English dub of ‘Chrome Shelled Regios’ is available on Funimation.

Overpowered by these beasts, humans are forced to move to large mobile cities known as Regios and to protect themselves, they use specialized weapons known as Dite.

Layfon Alseif, the protagonist, really wishes to start a new life in the Academy City of Zuellni.

But to his dismay, Karian Loss, the student council president, somehow finds out about his skills and his dark past.

She decides to make him a part of her group and his past which supposedly a secret all this, starts to resurface to haunt him. 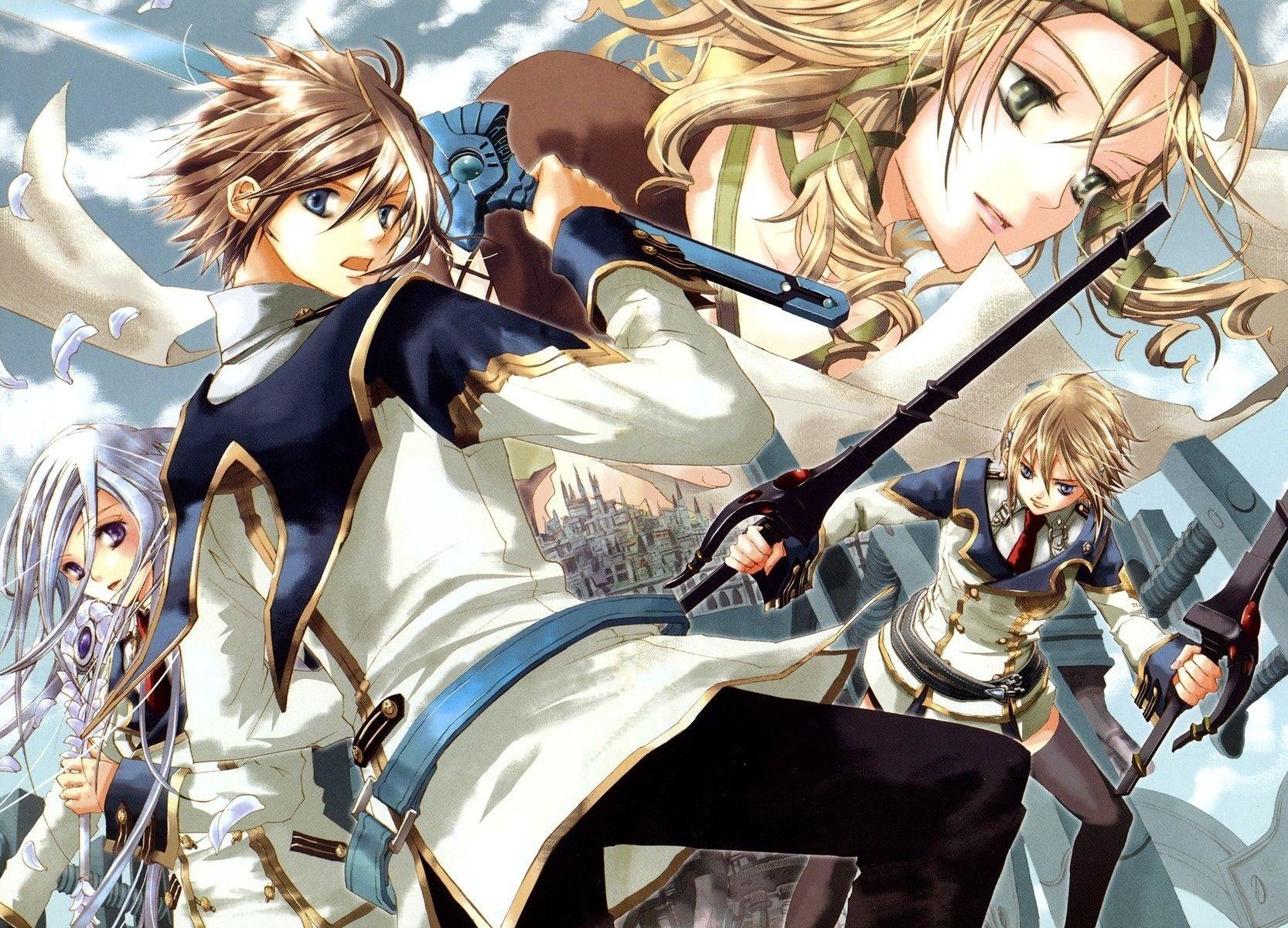 Layfon, the main protagonist, has brown hair and is one of the few wielders of Heaven’s Blades. As a child, he and Derk were forced to live in an orphanage in Geldan.

Because of Derk’s inability to do anything, he was forced to get into street fights to earn some money for both of them.

Within no time, his ability to adapt and his strong Kei allowed him to master the art of fighting and he earned his place amongst the Elites.

He even manages to earn the “Wolfstein” title which is only given to the best of the best. Later, Gahard challenges him in a title match and tries to make him lose by blackmailing him.

He tells that if he wins, he will expose that Layfon had previously been involved in underground fights.

Determined to kill him, Layfon gives it everything he’s got in his fight but Gahard somehow manages to get away after losing one arm in the intense battle.

As a consequence of this, he later gets stripped of his hard-earned titles and is forced to start off a new life.

He later becomes a part of the Academy City of Zuellni as a General Education Student. From the very first day, after he saves a young boy from falling rubble, he ends up attracting unnecessary attention.

Because of his past experiences, he develops a “win or die” mindset where a warrior must either win against his enemy or die in the process of achieving it.

But later in Zuellni, he is forced to hold himself back just make sure that he does not reveal any of his past through his true Kei strength.

Layfon is usually very calm during his battles but once he completely loses himself, he almost becomes unbearable.

As strong as he may be, he is very kind to the people he cares for and is also willing to give up on his own life for them.

Nina is the leader of the 17th platoon who somehow recognizes Layfon’s talent and forcefully makes him join her platoon.

She has long blond hair with blue eyes and seems to be cunningly beautiful. At a very young age, she developed this urge to see the outside world and that’s when she decided to run away from her home.

After this, she even tried to protect an Electric Fairy using her martial arts skills but was later shot down by a hunter.

Realizing that she is on the verge of dying, the Electric Fairy passed on her own life to her.

Initially, her Kei seems to be really weak compared to that of Layfon and she solely relies on Layfon’s skills to win battles.

But she later starts working on her own Kei and even takes a more strategical approach towards battles that allow her to win with ease. She develops feelings for Layfon but never confessed any of it.

Only later, when she gets drugged, she tells him how much she admires him. From time to time, she works a bit too hard and ends up overly-exerting herself.

But with this, she ends up earning the respect of her teammates who start looking up to her for her commitment.