Fans of Christian Bale have described his height as deceptively tall. This is because even though he stands at an impressive 6 feet 0 inches (183 cm), he always appears to be shorter. 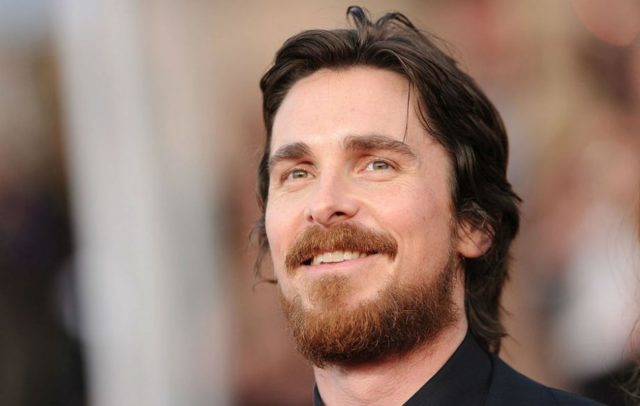 The athletic body built actor, whose hair and eye are colored dark brown, weighs about 82 kg (181 lbs) and has body measurements of Chest – 46 inches, Arms / Biceps – 16 inches, and Waist – 31 inches.

Christian Bale was born Christian Charles Philip Bale, the only son of four children to Jenny (née James) and David Bale, on the 30th of January 1974 in Haverfordwest, Pembrokeshire, Wales.

His mother worked as a Circus Performer while his father was an entrepreneur, commercial pilot, and talent manager.

From a very young age, as his family moved from Wales to different cities across England, and then Portugal, Bale had grown a huge interest in acting.

At the age of 8, he landed his first acting gig in a commercial for a fabric softener.

The following year, he played a child rock star in a Pac-Man cereal commercial before going on to make his stage acting debut in 1984 alongside Rowan Atkinson in the London West End production of The Nerd.

Two years after that show, Bale made his film acting debut in the television film Anastasia: The Mystery of Anna (1986), where he played Tsarevich Alexei Nikolaevich of Russia.

At around the age of 16, while attending Bournemouth School, Bale’s parents divorced. Because of this, he and his father moved to Los Angeles, California, while his mother and sisters stayed back in the southern coastal English town of Bournemouth.

While stateside, Bale continued to hone his craft, appearing in musical films like Newsies (1992) and Swing Kids (1993) as well as in the Disney animation Pocahontas (1995) where he voiced the character of Thomas, as he went on to become one of the most sought-after actors in Hollywood.

There is possibly no better actor in Hollywood that can go through a major body transformation for an acting role, as Christian Bale has managed to do in his career.

He has famously done so for the roles of Bruce Wayne / Batman in Christopher Nolan’s superhero films; Batman Begins (2005), The Dark Knight(2008) and The Dark Knight Rises (2012), and for the role of Dick Cheney in Adam Mckay’s Vice (2018).

Join us as we take a look at the life, career, earnings, and a lot of all other things concerning the multiple award-winning Wales-born actors.