Chris Pine Net Worth – Chris Pine is simply hot and talented. Since making his TV debut in a 2003 episode of the medical drama ER, Pine has gone on to achieve greater things in Hollywood. He has done well to remain fairly active both on the small and big screen, lending his voice to a number of animated characters along the way. Perhaps, he is best known for his role as James T. Kirk in the Star Trek reboot film series. The role has earned him several nominations and awards and set him up one of the stars to watch in Hollywood. 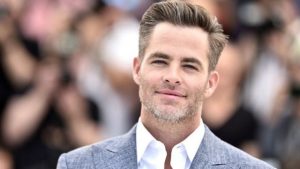 Pine was born in Los Angeles on the 26th day of August 1980 as Christopher Whitelaw Pine. His parents are Gwynne Gilford and Robert Pine. He is not the only child of his parents; he has an older sister named Katie. Pine has Russian Jewish heritage.

He is from a family of actors and actresses. His father was an actor, he starred as Sergeant Joseph Getraer in CHiPs – an NBC sitcom which aired from 1977 to 1983. His mother was also a former actress who is now a psychotherapist. Chris’ maternal grandma, Anne Gwynne was once a Hollywood actress, and his grandfather, Max M. Gilford was an attorney who headed the Hollywood Bar Association.

While in college, he joined the UC Berkeley Theater Department and performed in a Caryl Churchill play staged in La Val’s Pizza’s Subterranean Theater. He also performed Shakespeare and Orestes at the Zellerbach Hall, Berkeley.

Chris Pine is quite the hunk. His height of 6 feet more than compliments his athletic body whose stats are said to be; Chest – 41 inches; Arms/Biceps – 14 inches; Waist – 31 inches. His weight measures in at 172 pounds. His pair of aqua blue eyes makes him the perfect screen god.

Chris kicked off his acting in 2003 in the medical TV series ER. He would later appear in an episode of CSI: Miami and The Guardian that same year. The following year, he starred in a short film Why Germany? and as Nicholas Devereaux in The Princess Diaries 2: Royal Engagement. In 2005, he featured in an independent film, Confession, a short film The Bulls and in an episode of the TV series Six Feet Under. 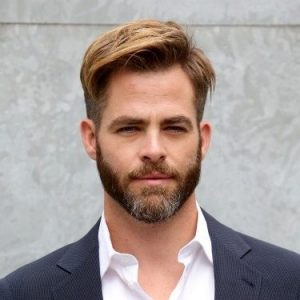 In early 2006, he was seen in the TV movie Surrender, then alongside Lindsay Lohan in a romantic comedy Just My Luck. In that same year, he starred in Blind Dating, Smokin’ Aces and in The Atheist – a one-man play staged at the Center Stage, New York.

The following year, he was seen playing an alpha-male friend in Neil LaBute’s play Fat Pig. In the same, he turned down an offer to appear in the film adaption of  James Ellroy’s novel White Jazz, for a role as James T. Kirk in the 2009 Star Trek film. In 2008, he starred in Bottle Shock. Asides from promoting the star trek film, Pine also spent 2009 onset of the film adaptation of Beau Willimon’s play Farragut North.

The list of Chris Pine’s movies are just endless, between 2010 and 2018, he has starred in over twenty-five movies which include TV films and series. Some of these movies are major hits which earned him some awards.

Some of his other movies include The Lieutenant of Inishmore which earned him the L.A Drama Critics Circle’s lead appearance award; Unstoppable, This Means War, Rise of the Guardians, where he voiced Jack Frost, People Like Us, Wet Hot American Summer: First Day of Camp, Hell or High Water, SuperMansion, for which he was nominated for Emmy Award in “Outstanding Character Voice-Over Performance” category. 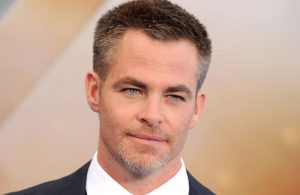 He was also in Wonder Woman alongside Gal Gadot, A Wrinkle in Time, Outlaw King, Z for Zachariah and many others.

The multiple award-winning actor’s net worths is put at $20 million (that is £15 million) and his accumulated net worth is from his acting career.