In addition to being an actor, Evans, who also played Human Torch in ‘Fantastic Four’, is a director and stage performer. He made his directorial debut in 2014 and then featured in the Broadway production of ‘Lobby Hero’ in 2018. 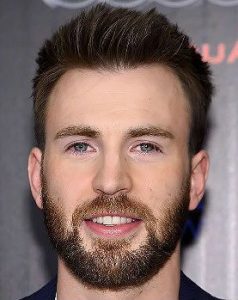 Chris Evans was born Christopher Robert Evans on June 13, 1981, in Boston, Massachusetts to G. Robert Evans III and Lisa (née Capuano) Evans. His father worked as a dentist while his mother worked as an artistic director at the Concord Youth Theater.

Evans, along with his siblings; sisters, Carly and Shanna, and younger brother, Scott, were raised in the town of Sudbury. He attended Lincoln-Sudbury Regional High School where he played for both the wrestling and lacrosse team whenever he wasn’t playing one of the many roles he took up in the school and community theater.

After graduating from high school, Evans moved to New York City where he enrolled at the Lee Strasberg Theatre and Film Institute. While in New York, he honed his acting skills and made valuable contacts that would help change the course of his career.

Chris Evans’ first major role in front of the camera was in the comedy spoof, ‘Not Another Teen Movie’. However, his first credited appearance was in the short educational film titled ‘Biodiversity: Wild About Life!’ He then went on to secure lead roles in ‘Cellular’ (2004), ‘The Perfect Score’ (2004), ‘Fantastic Four’ (2005), and ‘Street Kings’ (2008) among others. 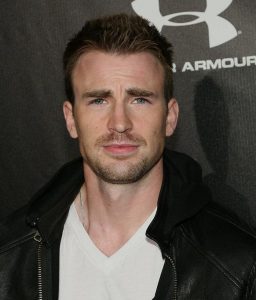 Following the success of ‘Fantastic Four’ and its sequel; ‘Fantastic Four: Rise of the Silver Surfer’, Evans began taking up roles in science fiction projects and movies that have been adapted from comic books. His first appeared in the 2009 sci-fi ‘Push’ before doing DC Comics’ ‘The Losers’ and then ‘Scott Pilgrim vs. the World’ both in 2010.

In 2011, Chris Evans was cast as Steve Rogers, aka Captain America in the growing Marvel Cinematic Universe series of films. His physique and fighting skills made him the perfect person for the job. His first movie with the franchise was ‘Captain America: The First Avenger’.

Chris Evans has publicly said that after the fourth Avengers movie, which is set to be released in 2019, he will be leaving the Marvel Cinematic Universe to embark on other projects. In between the Marvel movies, Evans ensured he didn’t lose touch with his wide array of acting skills.

He took up other projects such as ‘Iceman’ (2012) and ‘Snowpiercer’ (2013) where he played a villain and antihero respectively. He has also taken to stage performance, making his Broadway debut in 2018.

Evans also intends to make a name for himself as a director. The first project he directed was the 2014 romantic comedy ‘Before We Go’ which premiered at the Toronto International Film Festival.

Chris Evans is one of Hollywood’s most eligible bachelors. The superhero actor is not married but has been linked to a number of female celebrities, including Jessica Biel, who he reportedly dated from 2001 to 2006. Others include Minka Kelly and Lily Collins. 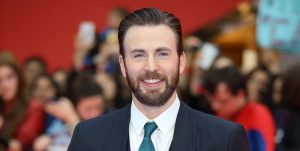 Evans has most recently been in an on-off relationship with actress Jenny Slate who starred alongside him in ‘The Gifted’. The couple dated for nine months before breaking up in early 2017. They reportedly got back together later that year, but have since gone their separate ways.

Chris Evans is not gay. He, however, fully supports the gay rights movement and has even shown support for his brother Scott who is openly gay after coming out of the closet at age nineteen.

Chris Evans’ junior brother, Scott Evans, born on September 21, 1983, is also an actor. He studied theatre at New York University and currently stars in the ABC soap opera ‘One Life to Live’ 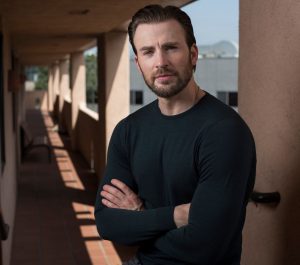 In addition to Chris Evans height and weight, here’s a brief summary of all his measurements.