Charlize Theron Family and Net Worth 2019, Biography, Career and Award

Charlize Theron Net Worth – Charlize Theron is an academy award wining actress who is as much appreciated for her acting skills as she is admired for her glowing beauty. She is best known for her roles in the movies ‘The Devil’s Advocate’, ‘The Cider House Rules’, and the critically acclaimed ‘Monster’. 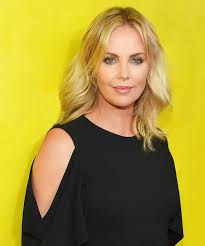 Actress and philanthropist Charlize Theron was born on August 7, 1975, in rural Benoni, South Africa, to co-owners of a road construction company, Charles and Gerda. The Afrikaans-speaking family lived on a working farm outside of Johannesburg, and although Theron’s childhood chores included tending livestock, her passion for dance became evident early on. To foster her artistic leanings, Theron began ballet lessons at age six. Her parents encouraged her burgeoning talent, and by age 12, she was sent to a Johannesburg boarding school to study dance.

The Theron household was an unhappy one, and as Charles struggled with alcoholism, he became physically abusive. In 1991, when Theron was 15, her father violently attacked her and her mother. Theron watched as Gerda shot and killed Charles; the murder was deemed an act of self-defense, and Gerda was never charged with a crime. In the wake of the death, Gerda assumed ownership of the company, and Theron concocted a story that her father had been the victim of a lethal car accident.

At 16, Theron entered a Johannesburg modeling contest, which she won. She soon traveled to Italy, where she won the International New Model Today competition, and began a modeling career in earnest. After traveling to New York at the age of 18, she left high fashion to attempt a career in dance. Her studies with the Joffrey Ballet were curtailed by severe knee injuries, forcing her to abandon a dance career. 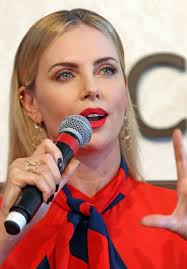 Charlize Theron went to Los Angeles to try for a career in acting when she was 19 years old. By chance she met a talent agent, John Crosby, in a Hollywood Boulevard bank. He introduced her to casting agents. She landed her first film role in 1995. It was a non-speaking role in the direct-to-video film, ‘Children of the Corn III’. She got to play her first speaking role the next year in ‘2 Days in the Valley’ in 1996.
In 1997, she starred in the mystery thriller, ‘The Devil’s Advocate’ which was based on Andrew Neiderman’s novel of the same name. The film also had Al Pacino and Keanu Reeves in leading roles. She played Candy Kendall in the film adaptation of ‘The Cider House Rules’ in 1999. The film received mainly positive reviews and won two Academy Awards.
She paired up with Keanu Reeves once again in ‘Sweet November’ (2001), a romantic drama. The story revolves around a terminally ill woman and a man who falls desperately in love with her. In one of her best known roles, she played the serial killer Aileen Wuornos a former prostitute turned murderer, in the 2003 crime film ‘Monster’. Her role was critically acclaimed and earned her several awards.
Charlize Theron portrayed Britt Ekland in the 2004 film ‘The Life and Death of Peter Sellers’ which was a movie about the life of the English comedian Peter sellers. It was directed by Stephen Hopkins. In 2005, she played the protagonist, Josey Aimes in the drama film, ‘North Country’. She portrayed the character of a woman who stands up against the rampant sexual harassment in the mine she works. Her role was nominated for an Academy Award.
Charlize Theron produced and starred in ‘Sleepwalking’, a 2008 dramatic film that revolves around the relationship between a 30 year old man and his 12 year old niece after she is abandoned by her mother. In 2009, she played Sylvia in the drama film ‘The Burning Plain’ directed by Guillermo Arriaga. The film has a multipart story woven together in a non-linear narrative.
She appeared in the fantasy and adventure film, ‘Snow White and the Huntsman’, which was released in 2012. The film was a huge commercial success though it received mixed critical reviews. 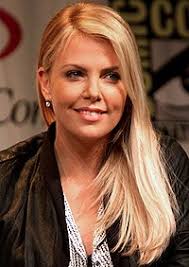 Charlize Theron won the Academy Award for Best Actress for portraying Aileen Wuornos in the film ‘Monster’ in 2003.

Charlize Theron is a South African-born actress, model and producer who has a net worth of $130 million